The final day was upon us at The Joburg Open, the business end of the tournament, as the first leg of the South Africa swings on the European Tour approached its the climax.

All the talk before the final round was about twenty-year-old South African sensation Wilco Nienaber who had been superb over three rounds and showed so much composure that belied his years, he had never really been in this position on the Tour before and with this being in his home country too, he seemed to show no nerves and had looked totally at ease throughout.

But could he do it for one more round and change his life for good going forward and take his maiden European Tour victory.  He knew that if he faltered on the final day there were plenty of experienced players coming up behind him to pounce, including Brandon Stone, the only guy to have won on the Tour in the top ten.

Nienaber is no stranger to winning titles though, he has 21 amateur titles to his name in what was a superb amateur career, but this is a much tougher Tour where you have to mix it with some of the best pros across the world, so how would he cope with this new type of pressure?

Well, the front nine suggested he would walk away with this tournament and was three shots clear after more wonderful golf, leaving the rest of the field behind, apart from JB Hansen who was just about clinging on in second place.

But the final back nine on a Sunday does some weird and wonderful things, doesn’t it?  And the big driving Nienaber could only par the two par fives whilst Hansen birdied them both, and suddenly with four holes left to play they were both tied for the lead, making the final few holes a shoot-out between them, the rest of the field was out of it, as they had been for most of the day.

Wilko and JB parred 15 and 16, but drama on the seventeenth when after JB had found the heart of the green at 17, Wilko looked to have found water to the left of the green, but incredibly it stayed dry although his chip ended up miles from the hole, he managed to two-putt for bogey and it meant JB, who parred the hole, went into the final hole a shot clear.

So, what of the final tee shots then, well JB found the rough after running out of the fairway, but Wilko found the bunker, so at that stage, it was advantage JB.  Wilko needed to get his bunker shot on the green but was way short, although JB had a poor lie in the rough, and his second shot found the greenside bunker, what drama!!!

Wilko’s third shot found the green but he needed a fairly lengthy putt for par to have any chance of forcing a play-off after JB played a marvellous bunker shot, Wilko missed his par putt though, meaning he had two putts from just a few feet to win, and he only needed one to win the Joburg Open and take his maiden European Tour title.

It had been a terrific end to this tournament but although he didn’t get it done in the end, the future looks bright for twenty-year-old South African Nienaber who played some pretty superb golf for three and a half rounds but well played JB Hansen who clung onto his coat tails and found enough over the final few holes to take what was an emotional win for The Dane.  Marvellous stuff from Joburg, here is the final leader board… 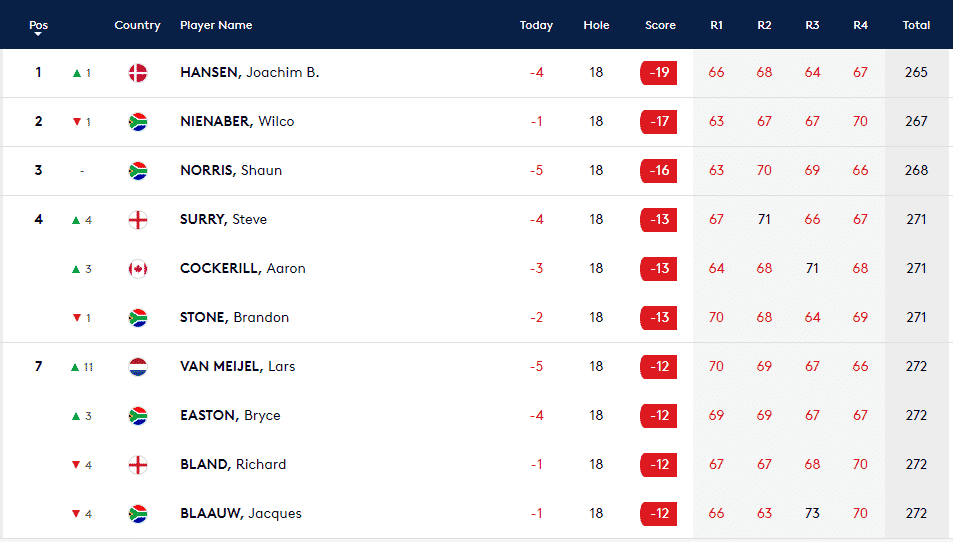 So what does that do for the Race To Dubai, well Joburg winner JB Hansen shoots up 59 places into 43rd, meaning he should be in Dubai for the Tour Championship in December (top 60 qualify for that) whilst the runner up Wilko Nienaber rises 46 places to 62nd, so is just outside that top 60.  Shaun Norris who had a good final round to finish third is up to 64th now, whilst Brandon Stone’s joint fourth finish sees him improve six places to 32nd, so he should be at the final event as well.

Other players inside the top sixty who played at this event see Christiaan Bezuidenhout stay in 21st, whilst Dean Burmester and Antoine Rozner also remain just inside the top 60 too.  Gavin Green climbs a place to 41st despite finishing T-74th here, and Adrian Otaegui remains 30th after finishing T-51st in Joburg, and Marcus Armitage, who was expected to do well here this week, climbed up two places to 57th after finishing T-30th.  A couple of players who missed the cut remain in the top sixty though, Masahiro Kawamura remains 39th, whilst Adri Arnaus is just inside the top sixty despite dropping two places.  Here is your top twenty in the Race To Dubai… 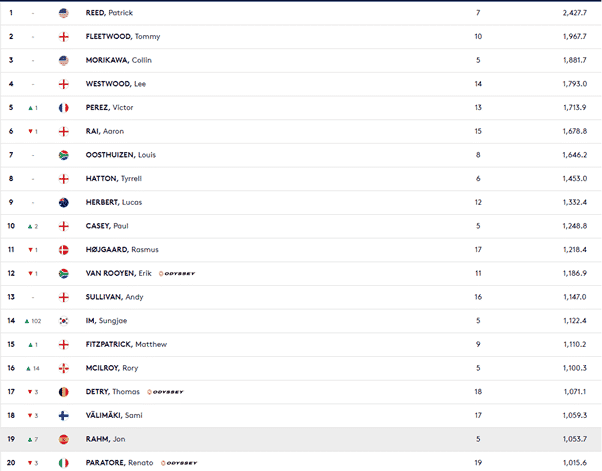 The tour now moves onto Leopards Creek for leg two of the South African swing for the Alfred Dunhill Championship, proves to be another decent tournament in prospect ther 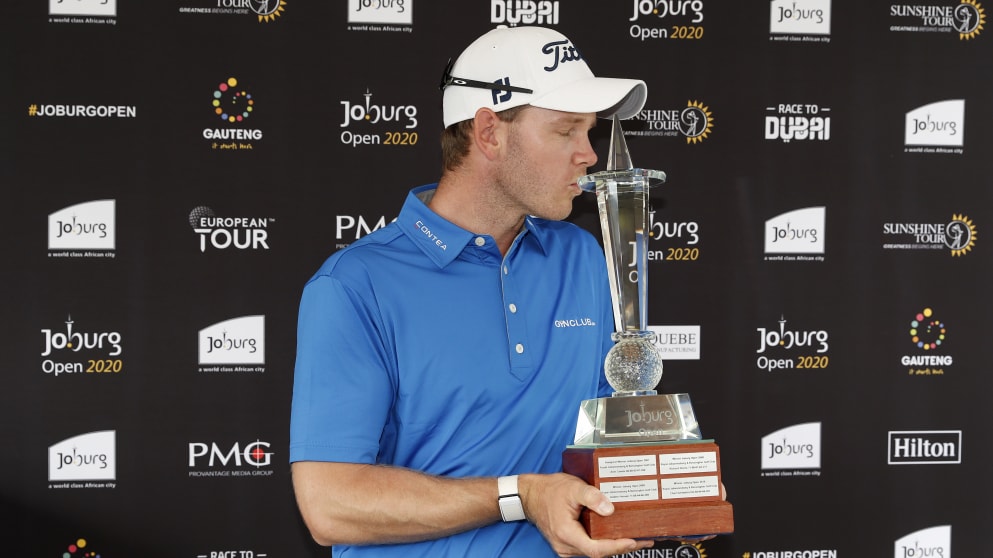