Joe Hart,former England goalkeeper was recently in talks after he revealed his transformed ripped physique in an Instagram post. Speculations began about his new destination and it has come to know Tottenham Hotspur has come in contact to sign the player.

Reports say,Joe Hart has agreed on a deal to sign with the Spurs. The 33 year old is set to pen a two year contract. Following his stunning Instagram pictures of shredded physique,Joe Hart has impressed and drawn attention of lot of clubs. Since departing from Burnley,he has improved his physique and hitting the gym has been helpful.

Though the goalkeeper has been linked with many clubs such as Celtic,Leeds,Derby County signing for Tottenham would turn out to be really surprising.

The former Burnley goalkeeper is likely to get a pay cut on £50,000-a-week wages, that he earned during his time at Burnley. However,Jose Mourinho looks keen to add experience to the team with the signing of Joe Hart.

Following the departure of Michael Vorm,Mourinho is eyeing for a back up goalkeeper and Joe Hart could be his man. Perhaps Mourinho’s first preference,provided his body transformation could impact his game.

Joe Hart began his career in Shrewsbury Town in League Two. Following that he was signed for English giants,Manchester City for £100,000 in 2006. He had some brief loan spells at Tranmere Rovers and Blackpool. But, after his return he blossomed into one of the best goalkeepers the club had. Joe Hart became the first choice for Manchester City.

Then the Manchester City manager, Sven-Göran Eriksson praised the him as “one of the biggest talents in this country as a goalkeeper.”

Joe Hart had previously displayed some match winning performances for the club. He has won the Premier League goalkeeper of the 2009–10 season. Returning to the club in 2010/11 after his loan spell,he kept the most number of clean sheets and achieved the Golden Glove for 2010/11 campaign.

He had won the Golden Glove for three consecutive years and played a significant role in Manchester City’s title win in 2011/12. He had won the Premier League title twice as the part of Manchester City squad. In 2015,he again won the Golden Glove. The 33 year old goalkeeper, holds the joint record of most Golden Gloves Award. But,unfortunately after the arrival of Pep Guardiola, he was dropped by the boss. He was denied of the first team spot and finally signed for Burnley in 2018.

Joe Hart first wore the England jersey in 2008,making his senior team debut against Trinidad and Tobago. He has made 75 appearances for the National side.

The four times Golden Glove winner is now a buffed up free agent and most likely to be signed by Tottenham Hotspur. We’ll see how things go for the England International, challenges await and he looks to reinstate his career. 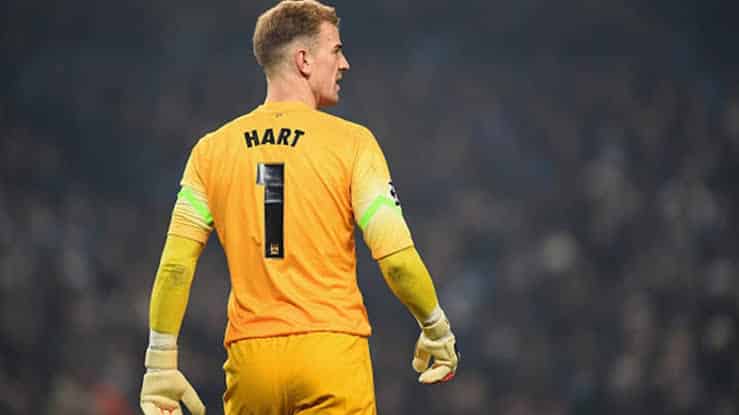