Just got off the phone with @ufc, today I confirm that I’m vacating the light heavyweight championship. It’s officially up for grabs. It’s been an amazing journey, sincere thank you to all my competition, UFC and most importantly you fans.
@JonnyBones (Jon Jones Official Twitter account).

With the reigning champion holding an impressive record of 26-1, boasting 11 title defences to his light heavyweight championship, with the most recent back in UFC 247 in February beating Dominick Reyes via unanimous decision, taking his unbeaten win streak to 18 wins, longest in the UFC history. Many believe including himself that he has triumphed over the whole light heavyweight division with nothing else to prove.

With all these achievements meriting him to be considered the greatest UFC fighter of all time, Jones was in (and still is) an ongoing dispute over his current salary with Dana White, and felt his status, record and the purse for him to enter the super fights warranted more money. Dana White and the UFC refused to negotiate Jones’s salary labelling it as ‘absurd’. Jones denied  and branded White a liar as White claimed that Jones asked for “what Deontay Wilder was paid for the rematch against Tyson Fury back in February 2020.” This lead to Jones quitting the octagon.

Following his tweet vacating his light heavyweight title,  he tweeted:

Just had a really positive conversation with @UFC. Sounds like there will be negotiations for my next fight at heavyweight. All good news, the weight gaining process begins.

The tension with the UFC may have eased judging by his tweet, it seems negotiations are now underway between the UFC and Jones to return to the heavyweight division with no mention on whether the salary dispute was resolved. It is unclear who Jones will face with him tweeting moments after Stipe Miocic’s unanimous decision against Jones’s old foe, Daniel Cornier (who has now retired):

Avoid Stipe’s right hand, I’m too fast, I’ll be too strong when the time is right and have way too much energy. Soon and very soon I’ll be considered the baddest man on this planet.
@JonnyBones (Jon Jones official Twitter account)

Jones always made it clear that he intended to go up to heavyweight and is backing himself to dethrone Miocic and claim the heavyweight championship, a bout that fans would love to see and have been waiting for some time. Another dangerous fighter that Jones called out before and could face is Francis Ngannou, known for his devastating one punch knockouts, holding the record of 18 fights, 15 wins with 11 of those wins by of knockout.

UFC fans will unanimously agree that Jon Jones plays a significant part with many already branding him as the G.O.A.T (Greatest of All Time) in UFC history. It isn’t for certain that we will see him return to the Octagon and if he does, when he will precisely fight again.

Jones may however have to wait to be the number 1 challenger for the heavyweight championship as Dana White says Ngannou has worked his way back up from his previous title shot, with a TKO in 20 seconds against Jairzinho Rozenstruik back in UFC 249.  Ngannou would be seeking revenge having previously fought Miocic in UFC 220 back in January 2018, losing by a unanimous decision.

All in all, UFC fans are delighted to hear over the possible return of Jon Jones to the octagon and are awaiting the mega fights between himself and the likes of Miocic and Ngannou. Whether he overcomes these mega-fights, only then he may be considered the greatest undisputed UFC fighter in history. 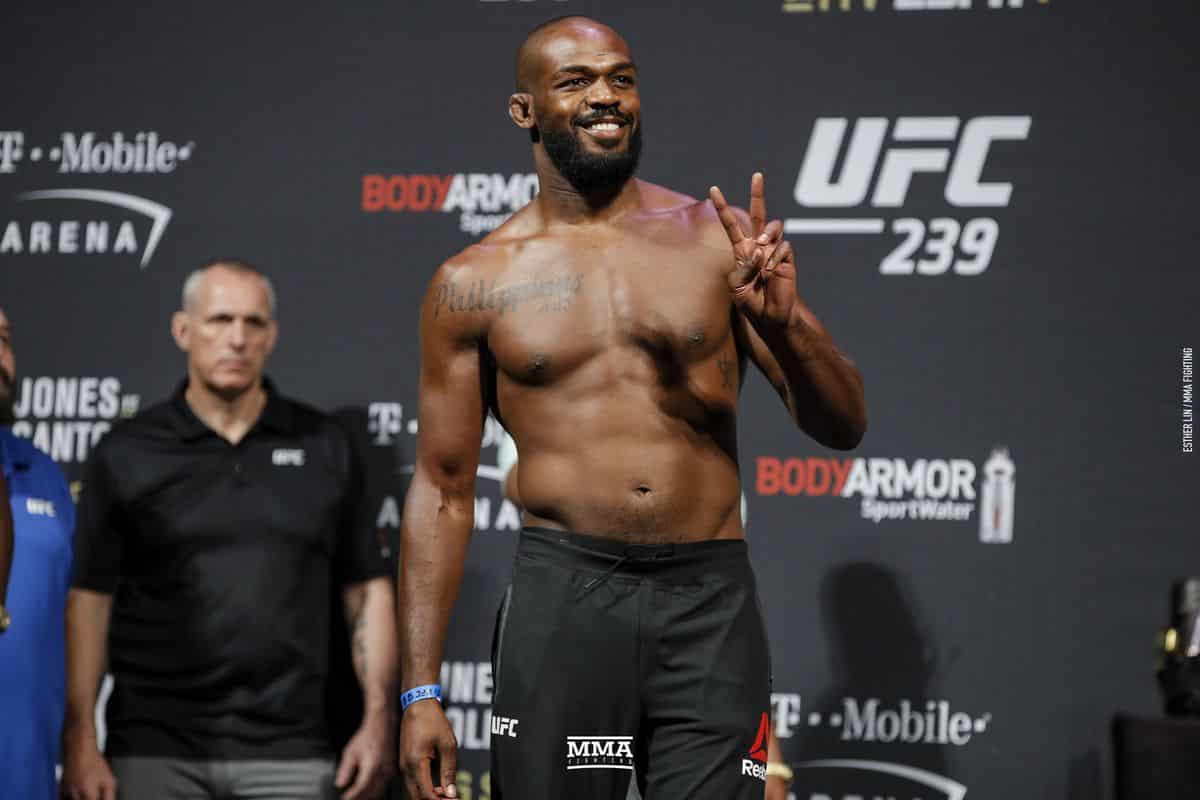