The Hendrick Motorsports driver led 34 of the 65 laps of the Go Bowling 235, holding off Denny Hamlin after a late caution erased his advantage over the rest of the field. Elliott, who had started in seventh place, quickly made his way to the front, winning stage one. The All-Star race winner had to start the next segment outside of the top ten, since the majority of his rivals had sacrificed stage points by pitting before the caution. However, that was not enough to keep Elliott behind.

The driver of the #9 Chevrolet used the same strategy his competitors had tried earlier to take the lead after the last stage break and dominate the final segment. This is Elliott’s fourth win at a road course and his third in as many races, which makes him the first driver in the Cup Series to win three consecutive road course races since Tony Stewart, whose streak came to an end 15 years ago.

Even though he got very close to Elliott in the last five laps, stage two winner Denny Hamlin finished second again, in front of his teammate Martin Truex Jr. One of the best road racers in the Cup Series, Truex was probably the only driver who could have troubled Elliott, but a speeding penalty in stage two forced him to restart deep in the field. The 2017 champion rebounded to come home third, overtaking Jimmie Johnson in the closing laps. The seven-time Cup Series champion had a very strong race, finishing fourth. However, Johnson wasn’t able to make up much ground on William Byron, whose eighth-place finish kept him 25 points above his teammate in the battle to make the playoffs.

Chris Buescher crossed the finish line in a surprising fifth place, earning his second top five of the season, ahead of Clint Bowyer. The Stewart-Haas driver had another solid race and ended up sixth, in front of the impressive Kaz Grala, who finished in seventh place in his Cup Series debut. Grala, a driver that has made seven starts for Richard Childress Racing in the Xfinity Series, was filling in for Austin Dillon, after the Texas winner tested positive for Covid-19 last week. William Byron made it three Hendrick Motorsports cars in the top eight, finishing ahead of Joey Logano and Michael McDowell, who scored his third top ten of the year.

Polesitter and championship leader Kevin Harvick had one of his worst races of the season, ending up 17th after a couple of spins in the last stage. One of the favorites due to his road racing skills and for having driven in the Daytona 24 Hours in January, Kyle Busch was running in second when he was forced to pit with 17 laps to go due to a brake rotor issue. The two-time Cup Series champion lost several laps but still came back to the track, before bringing out the only caution of the day for an incident when he crashed on the backstretch.

Even though there were only three cautions in the first Cup Series race at the famous Daytona road course, the Go Bowling 235 was red-flagged after stage two because of a lightning delay. 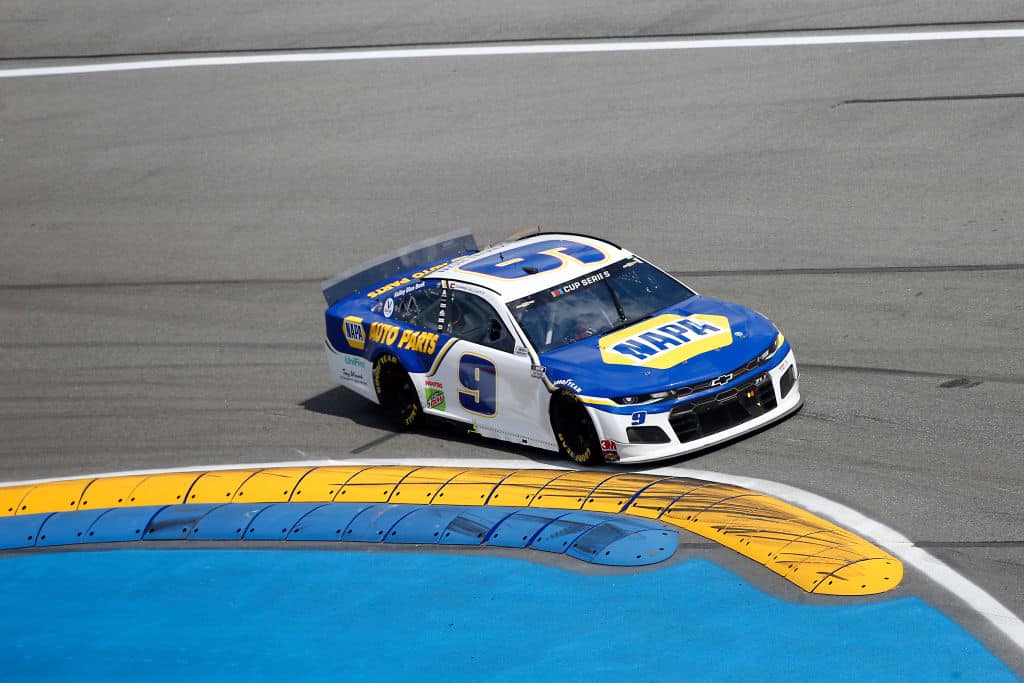