K L Rahul scored a scintillating century in the 1st T20 match at the Broward Central Regional Park which India lost to West Indies by a single run in a high scoring match of 489 runs. With this knock K L Rahul joined the elite club of the cricketer who has scored century in all three formats of the game along with two other Indian.

He is the new find to Indian cricket since last season,previously proving his worth against the mighty Aussies,by scoring a century against them.The Bengaluru guy, was in awesome form this year against Zimbabwe and West Indies where he again scored 158 runs against the West Indies on the Caribbean soil in Jamaica.

Previously India’s Suresh Raina and star opener Rohit Sharma have been able to score centuries in all three formats of the game, including T20’s, Test and ODI matches.While Suresh Raina got the chance to create the history by becoming the first man to achieve this feat, while Sharma joined this elite club a little latter with his only test century against South Africa’s tour of India, in last year.

Chris Gayle and Brendon McCullum who opened for Kolkata Knight Riders as openers as few years ago, are also the part of this club other than the Indian players.Both have been every bowler’s nightmare right throughout their career and have proved their worth with breathtaking performances for their team on every single occasion they have got.

Apart from scoring 39 centuries across all formats, Gayle has scripted his name into the list of elite players who have scored two triple hundreds in Test matches while Brendon’s 158-run innings for the Kolkata Knight Riders in the inaugural match of the Indian Premier League’s history is still remembered by every cricket fans across the cricketing fraternity.

The inventor of the ‘Dilscoop’, the stylish Sri Lankan batsman Tillakaratne Dilshan, Kiwi Opener Martin Guptill, Chittagong-born left-handed batsman for Bangladesh Tamim Iqbal, Virat Kohli’s look alike Ahmed Shehzad, Srilankan strength Mahela Jayawardene, South African skipper Faf Du Plessis & Australian all rounder Shane Watson are the other players that are a part of this elite club along with the rest of the players. 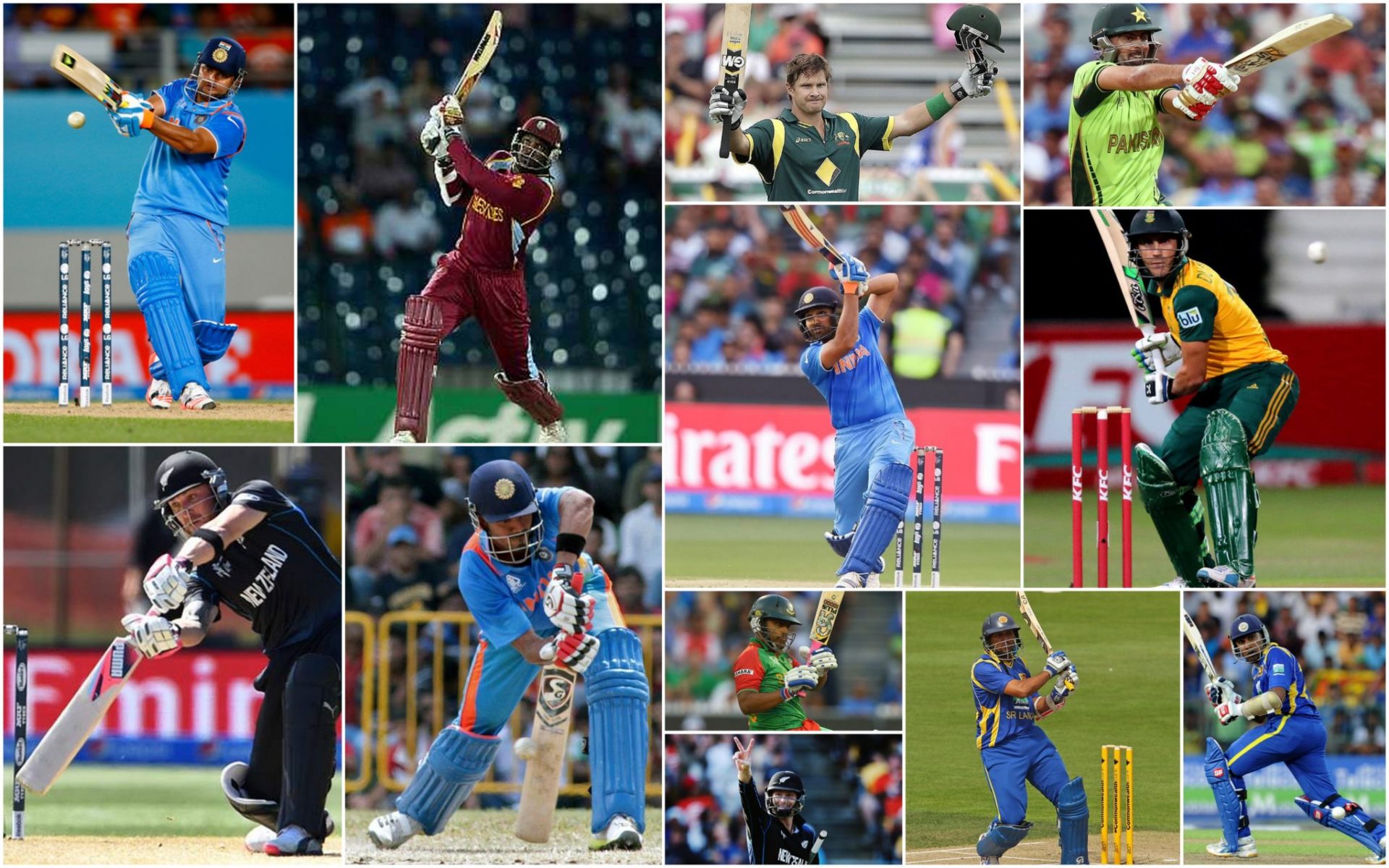