Abdulmanap Nurmagomedov, father and trainer to son and current UFC lightweight  champion Khabib Nurmagomedov has passed away on Friday in Moscow, aged 57. Nurmagomedov senior’s health had been suffering ill-health recently, since May he had been hospitalized in Moscow.

So heartbreaking to hear this news of the Legend Abdulmanap Nurmagomedov. I’m very sorry @TeamKhabib You’re dad passed with a heart full of pride knowing you will carry on his legacy.

“We’ve lost our backbone,” Abdelaziz told ESPN on Friday. “He was a father, coach, brother, an icon. Things will never be the same without him.”

Khabib has an unbeaten record in 28 fights, he also recorded a victory against Irelands’ Conor McGregor back in 2018.

Khabib’s former opponent tweeted out in support of his rival.

The loss of a father, a coach, and a dedicated supporter of the sport. Condolences and rest in peace Abdulmanap Nurmagomedov.

Very sorry to hear of the passing of Abdulmanap Nurmagomedov. A genius of combat sports and absolute inspiration to so many up and coming fighters. Sadly only entering his prime of coaching such a loss and tragedy. RIP and best wishes to his family during this difficult time 🙏🏽

Back in May, Abdulmanap Nurmagomedov was hospitalized. He was in a critical condition after having treatment in his hometown Dagestan and things didn’t improve. He was then transferred to a military hospital in Moscow, he condition worsened and sadly he never recovered.

Ali Abdelaziz, Khabib’s manager wrote on Twitter: “Praise to Allah, who said: ‘All that is on earth will perish, but will abide forever the face of your Lord full of majesty and honor.’
“I ask Allah to bless the deceased with his mercy, and to give your believing hearts patience despite the pain and to bring us together with our loved ones in heaven.
“To Allah we belong and to Him is our return.” 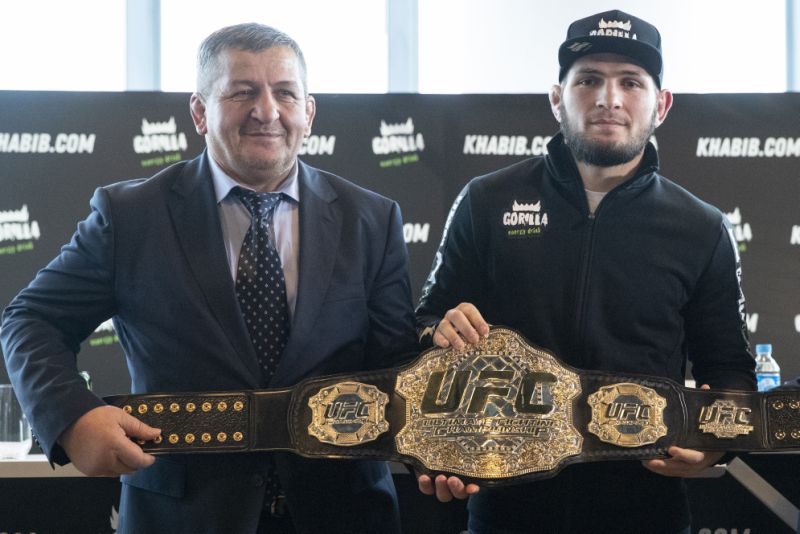