Harry Kane to Heung-Min Son has become a familiar combination this season, with the duo now combining for 29 times across their five seasons together in the Premier League after last night’s winner at Burnley, that is just seven off the all-time leaders of Didier Drogba & Frank Lampard.

Heung-Min Son’s 76th minute winner at Burnley was was the seventh time that Harry Kane has assisted Son this season, with Kane being this season’s lead provider and Heung-Min Son being the lead scorer this season.

Heung-Min Son has now scored eight league goals this season, that is as many as four clubs, including Manchester City & Arsenal. He is also now in second place for the total
number goals scored after first six games of the Premier League season, tied with Sergio Aguero & Diego Costa, only Micky Quinn of Newcastle United is ahead of him with 10 goals from the 1992/93 season.

Jose Mourinho has nothing but praise for his star forwards, he added;

“They play together for quite a long time.

“They were in the team that is different from this team but they played together for a long time and that immediately gives a good understanding between the players.

“The way we are trying to play goes in the direction of their qualities. They are enjoying, they are very good friends which is important when you have top players in the team.

“It’s important that personal relations is very, very good because in the end there is no egos. What matters is the team.

“It is amazing they are two fantastic players but here we were a team and we were a team suffering together after West Ham. We felt the pain together and here we are enjoying together. This is the kind of match with all the ingredients to lose points – Monday night, empty stadium, a cold and rainy night and an opponent that defends very, very well.”

Harry Kane & Heung-Min Son are two very different players in terms of their style of play.

However, their style of play compliments each other better than any other duo in the Premier League and you are seeing the rewards of that on the pitch.

Both players are so in-sync with each other, knowing where either player will be without even looking, they know instantly where each other will want to ball to be played, the type of level they are playing at you don’t teach. You either click or you don’t, simple as that.

They are clicking all over the park at present and the stats back this up.

With Heung-Min Son’s goal last night at Burnley, you can tell he had a little look and he knew where he wanted to put that ball. He doesn’t just throw himself at it in hope, he guides that ball towards the top corner of the goal.

Harry Kane flicks from the penalty area to an on-rushing Son who finds himself free, slipping-in around the back post to guide the ball to the opposite post, over the defender’s head who was standing on the goal post – this is the type of clicking you cannot buy!

The question is, are we also now starting to see the real Jose Mourinho?

The same Mourinho of Chelsea & Real Madrid where he enjoyed huge success, the manager also needs to take credit for how he has got his team playing at the moment, not conceding many, but score for fun – championship form!

Jose Mourinho is starting to forge that mentality where you can clearly see that players are loving life under the Portuguese manager, the same mentality you saw with Didier Drogba & Frank Lampard at Chelsea. Now you are starting to see the same progression where Harry Kane and Heung-Min Son love playing for him, and you are seeing the results of that on the pitch.

He’s starting to build that same mentality that we’ve seen before, he now has those players ready to run threw big walls for him.

Can they keep this form up for the whole season? 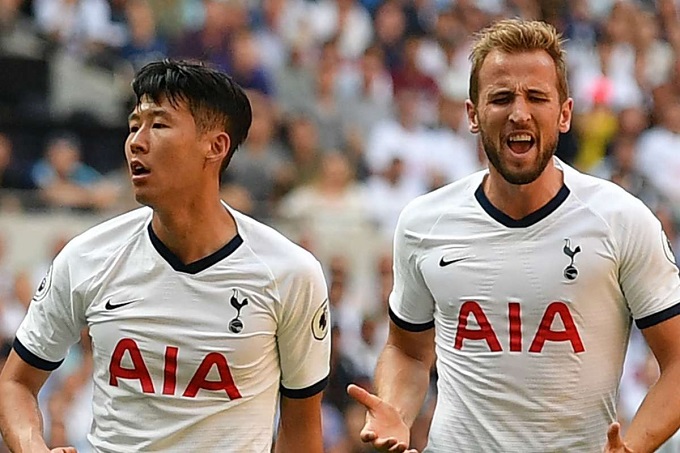