Skip to content
You are here
Home > Cricket > Leaving Jofra Archer out of the England team a big mistake? 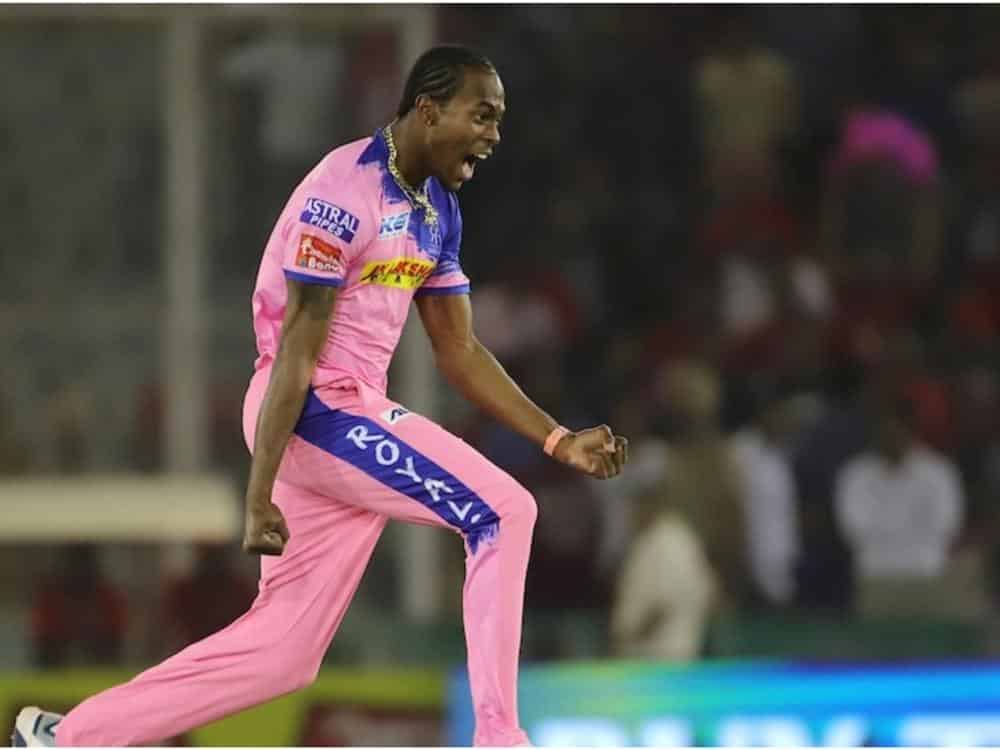 Fast bowler Jofra Archer has handed England’s selectors a real conundrum ahead of the World Cup after dazzling with his pace and panache this year. The Barbados-born superstar became eligible for England on March 17th after completing newly implemented residency criteria. He has an English father and a British passport, and he could be England’s ticket to glory this summer, as he is blessed with the pace, the nous and the coolness under pressure that the ODI team has sometimes lacked in recent years.

Archer was not selected in the preliminary 15-man World Cup squad, but he has the opportunity to force his way in if he excels in pre-tournament matches. England have named a 17-man squad for a series of pre-World Cup ODIs against Pakistan. It consists of the 15 players in the preliminary squad, plus Archer and his Sussex teammate, Chris Jordan. Both men have the opportunity to displace one of the existing squadmembers if they shine against Pakistan.

Archer’s 90mph bowling is a spectacle to behold and it is enough to drive fear into the hearts of any team at this summer’s World Cup. England are the favourites to win it for the first time in the Sporting Index odds, but they face ferocious competition from the likes of India, Australia and Pakistan. They have deservedly been perched atop the ODI world rankings for many months as a result of their superb results, but they are by no means invincible.

They have endured a few slip ups in recent years and when they have lost it has typically been due to a lack of pace and precision in the bowling department, particularly when the pressure is dialled up. Archer could solve such problems in one fell swoop. He brings the X factor to matches and he has already proved himself as a world-class player. England star Ben Stokes has already called Archer the most naturallygifted bowler he has ever seen, arguing that he makes any team better due to his pace and the skills he possesses.

Not only that, he is also a powerful batsman and an exciting, aggressive fielder, so he brings plenty to the table. Ultimately, selectors are tasked with putting together a team that is capable of winning the World Cup. They must look at what they already have at their disposal and then ask themselves if there is anyone that can improve the team and bring an extra dimension to proceedings. Archer ticks both boxes and there would be strong justification for selecting him, but it would certainly be a very controversial decision.

Who Would he Replace?

You could argue that the chemistry, cohesion and consistency of the squad has underpinned England’s rise to the top of the world rankings. This is now a tightknit group of players and they have been through a lot together over the past couple of years. The only way for Archer to go to the World Cup is by replacing someone. He says he does not want to step on anyone’s toes, but he is clearly desperate to break into the 15-man squad and toe-stepping would be a natural by-product of achieving that goal.

David Willey, Chris Woakes, Liam Punkett, Tom Curran and possibly Joe Denly are all in the firing line. There is a great deal at stake during five huge games against Pakistan and it will be a difficult juggling act for the powers that be, as they need to give all of those men an equal chance to shine in comparison with Archer. For all his T20 experience, Archer has only ever played in a mere 14 one-day matches and he needs playing time to prove himself, but it would be a cruel blow for him to replace someone that barely had an opportunity to prove himself against Pakistan.

Disharmony in the Camp

Woakes has suggested that it would “not be fair morally” for England to pick Archer ahead of someone who has been playing for the past three years. It would also risk upsetting the morale of the dressing room, as players might be left devastated for a friend that misses out. Of course, someone could get injured and that would be the perfect opportunity to bring Archer in.

An interesting consequence of the decision to add Archer to the 17-man squad is that it heaps pressure upon Willey, Woakes and co. They will all be looking over their shoulders and desperate to prove themselves, so ultimately it should ensure they are all highly motivated to do well in the months ahead. It is a tricky situation for the selectors, but if Archer carries his devastating IPL form into these upcoming ODIs, he really has to go to the World Cup.

Disruption to the squad could be an issue, but these players are professionals, and England need to give themselves the best chances of success. Archer could bring something extra to the squad and it would lead to an inquest if he were to miss out and England were to flop in his absence, so the argument to pick him is compelling.