Champions League MVP, Dusan Mandic, has told the press that Pro Recco have “proved to be real champions” after winning the Champions League final  9-6 (3:2, 2:3, 2:0,2:1) against Ferencvaros in Belgrade.

The Serbian, who finished the tournament with 23 goals in 13 games, told journalists that his club’s disappointing finish to their domestic season was a big motivation for winning their ninth Champions League title.

“We experienced a shock after losing to Brescia in Italy. It was not a nice or pleasant period for us. We got together, looked in the eyes of each other and worked it out among ourselves. Trust me, it was not easy but we rose to the challenge.”

He added that “how we lost to Brescia left us with a bad feeling we needed to wash away. And we did it. We proved to be real champions.”

Pro Recco last won the Champions League in the 2014/2015 season, although they did make the 2018 final, losing narrowly to Greek powerhouses, Olympiacos.

But despite the drop in performances in recent European campaigns, this win, a record ninth Champions League win, put them right up with the most successful clubs in the history of the sport.

“Now Recco is up to 9 Champions League titles, more than Partizan and Mladost, both of which are water polo greats.”

They had to defeat an ever-improving Hungarian side FTC Budapest Telekom in the final, who are twenty-three-time Hungarian champions, and the reigning Champions League winners from 2019.  Fradi, coached by Hungarian legend and Sydney 2000 Olympic gold medalist, Zsolt Varga, fought hard throughout but were unable to penetrate the Italians robust and aggressive defence.

Recco’s Montenegrian centre-back and skipper, Aleksander Ivovic, also spoke after the game about the setbacks experienced by the club in recent years as being a driving factor for this year’s unbeaten European campaign.

“Sacrifice, a great sacrifice is the first thing that comes to my mind. This team has been in pursuit of this trophy for five years. It was always missing all these years. We were favourites but always failed to come to the end.”

“Hard work and sacrifice, disappointments included is what brought us here today.”

So where does this leave Pro Recco in the all-time European standings?

As the table below shows, Pro Recco has not only won the most LEN Champions League’s, formerly just the European Cup, but they have also appeared in the final the most times. In water polo terms, they are European royalty.

Their first title was in the 1964-1965 season, in which they hosted an event that only involved group stages. Serbian side, Partizan Belgrade finished second in that tournament, despite beating Recco earlier in the competition.

Before this year’s triumph, Recco’s most recent Champions League title, hosted by Barcelona in 2015, saw them also go the whole tournament undefeated before beating Croatian club, VK Primorje 8-7 in the final.

Doubtless to say, however, particularly because of the Covid-19 Pandemic and the manner Recco lost the Italian championship to Brescia, that the 2020/2021 title will go down as one of the most memorable. 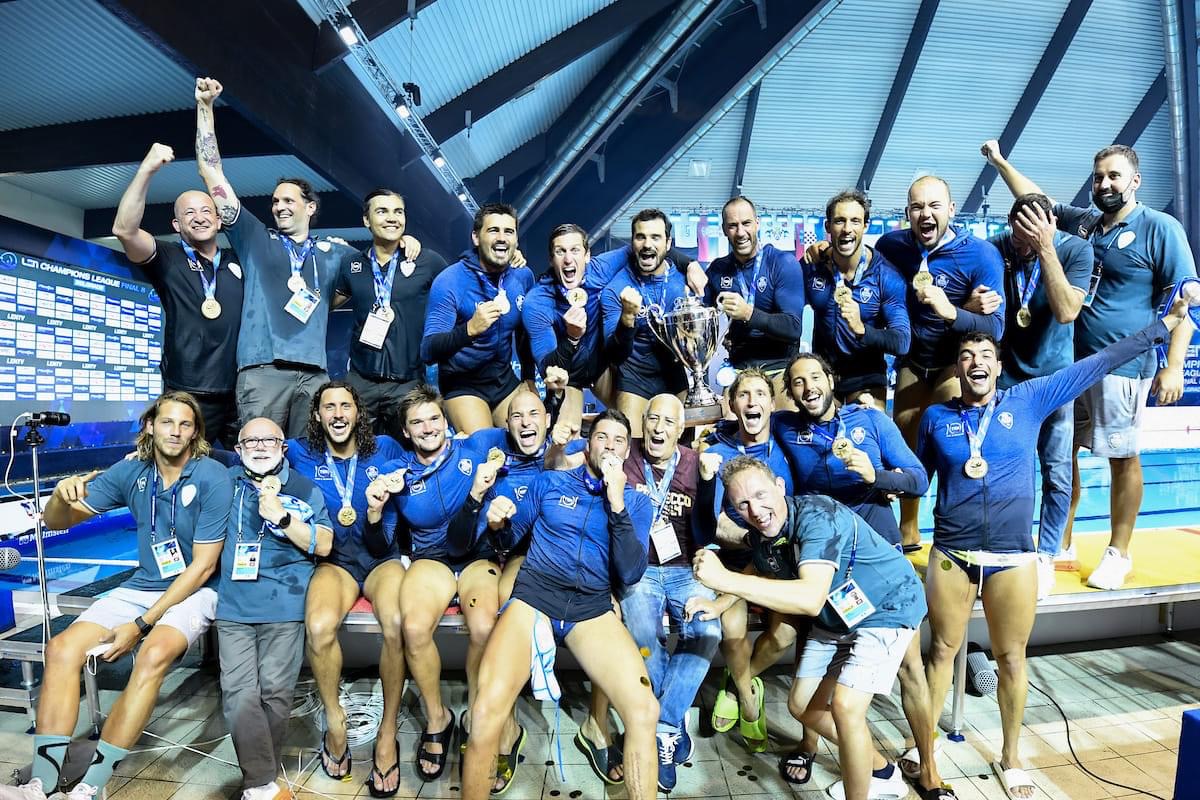