Italian giants Pro Recco have won the Champions League for the ninth time in their history, defeating reigning champions Ferencvaros 9-6 (3:2, 2:3, 2:0, 2:1).

The trophy will return to Genoa for the first time in six years, after a superb tournament in which they remained unbeaten throughout the whole competition.

In a game that was ultimately won in the third quarter for Recco, Ferencvaros really struggled to convert their chances in the second half of the game.

Dusan Mandic opened the scoring in the final, but FTC Telekom Budapest replied instantly with an excellent goal from Nicolas Constantin Bicari.

The team from Budapest then took the lead after Marco Bijac, the Pro Recco keeper, should have done better to keep out shot from promising youngster, Vendel Vigvari.

Stefano Luongo then had the ball in the back of the Ferencvaros net, only for the referees, Boris Margeta and Adrian Alexandrescu, to judge his free-throw to have been inside 6m.

But it didn’t matter, as Pietro Figlioli scored two for Pro Recco, after Ferencvaros squandered a double man-up with two minutes to go in the first quarter. Pro Recco may have had a two goal advantage going into the second quarter,but for an excellent save from Hungarian keeper, Soma Vogel, from Francesco Di Fulvio’s 3m shot.

Less than a minute into the second quarter, Vigvari got his second of the game for Ferencvaros to level the scores at 3-3. But he was excluded not long after, allowing former FTC player, Aaron Younger, to convert for the Italians.

Despite an excellent cross-cage finish later in the second quarter from Fradi’s left-handler, Marton Vamos, the game was level five goals apiece at half-time, with nothing to separate the two teams.

In what turned out to be a pivotal quarter, the third period started with the ejection of Greek Iaonnis Fountoulis, who received his third major foul from defending the pit. Two quick goals, one from Dusan Mandic, and the other from Spaniard-turned-Italian, Gonzalo Echenique, turned the game in Pro Recco’s favour – giving them a two-goal lead for the first time in the game.

Ferencvaros had numerous chances in the quarter, but ultimately failed to covert any throughout the period.

Into the fourth quarter, the Hungarians ran out of ideas, and a frustrated shot from Gergo Zakanki resulted in a turnover that led to his exclusion. Needless to say, Dusan Mandic, who was voted MVP of the tournament, converted the extra-man situation, making it 8-5 to Pro Recco.

Another goal from Di Fulvio at the back post confirmed the victory for the Italians, with Constantin-Bicari’s excellent consolation bearing no significance within the wider context of the game.

Celebrations began 39 seconds from time, when Marton Vamos saw his penalty saved by Croat Marko Bijac, who tipped the shot onto the bar with his outstretched right hand.

All statistics from the tournament are available on the LEN Website. 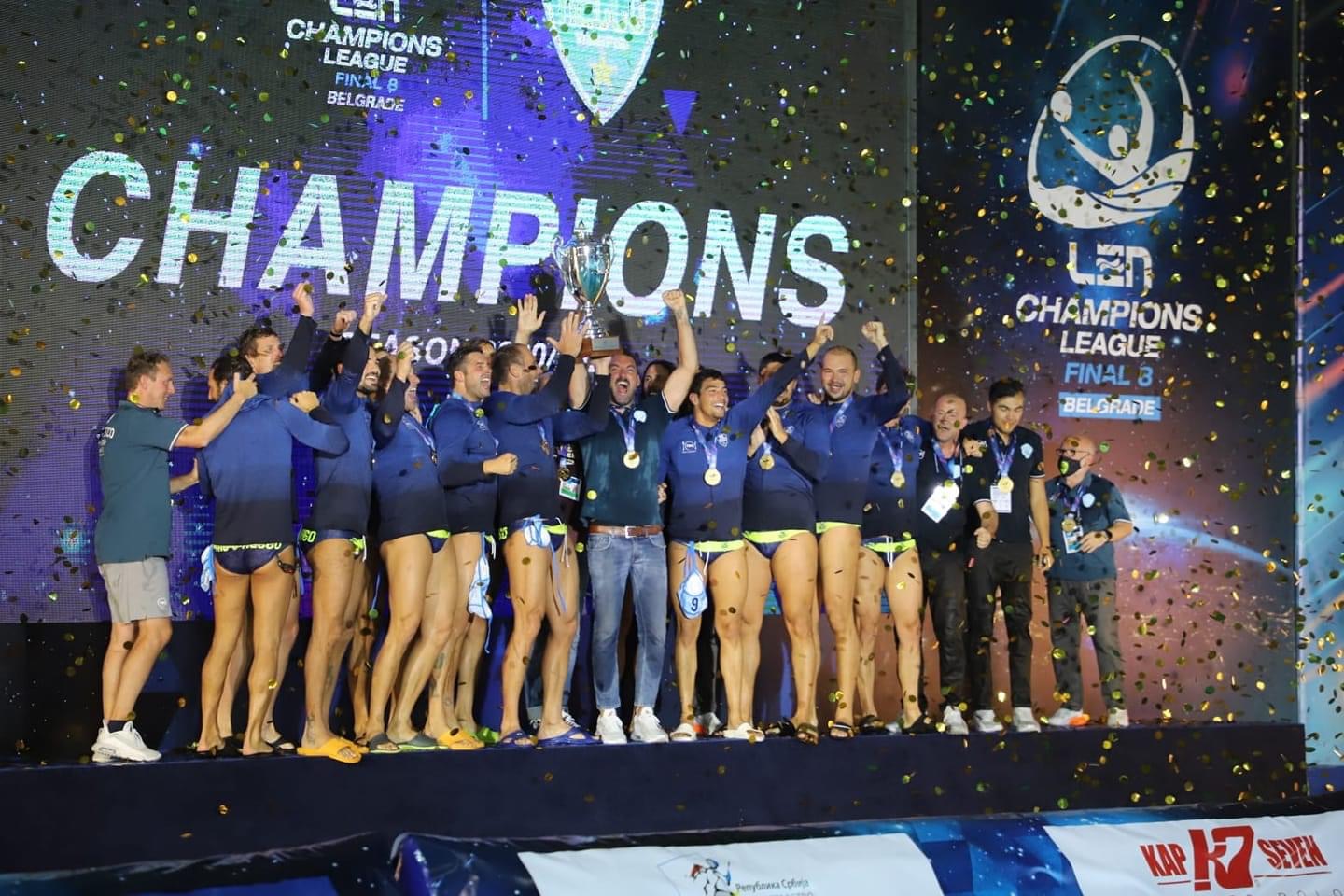