Day 4 of the Test match would see the hosts resume on 111/2, they would lose captain Joe Root to the first ball of the morning, caught by Ross Taylor off the bowling of Kyle Jamieson before Ollie Pope would be LBW to Tim Southee for 22. Dan Lawrence would be caught by Colin de Grandhomme for the second of 4 ducks in the innings with Southee bowling debutant James Bracey, his third wicket in as many overs.

Ollie Robinson would score 42 on his debut before Jamieson caught him out off Southee with Jamieson taking the wicket of Mark Wood, caught behind by Watling, without scoring. Stuart Broad would be bowled by Neil Wagner for 10 before opener Rory Burns would be last man out as he was caught by BJ Watling off Southee’s bowling.

Tom Latham and Devon Conway (23) would put on 39 for the opening partnership before the latter would be bowled by Robinson before Kane Williamson would be LBW to the debutant late in the day’s play – Latham and Wagner will resume with 30 and 2 respectively.

Resuming on 248/6, the hosts would move onto 261 before Joe Clarke was caught by Shane Snater off the bowling of Simon Harmer for 67 with Liam Patterson-White bowled by the South African spinner for 31. Luke Fletcher would be caught by Paul Walter off Harmer’s following over before Brett Hutton was the final man out for 10, LBW to Harmer – Dane Paterson the not out batsman for 11.

Nick Browne would be the first man out in the Essex reply as he was caught behind by Tom Moores off the bowling of Hutton for 6 before the two would combine again to dismiss Sir Alastair Cook for 5. Michael Pepper would follow for a duck the next over, caught Moores off Fletcher with Walter bowled by Patterson-White for 21.

Ryan ten Doeschate would be the fifth man out as he was caught by Clarke off Hutton’s bowling before Tom Westley would be bowled by Patterson-White for 71. Adam Wheater was the final man out for the day, caught Ben Compton off the bowling of Lyndon James, for 10 with Snater and Harmer not out on 17 and 15 respectively.

Resuming on 132/7, the hosts would add 13 to their overnight score before Danny Briggs was caught behind by Brooke Guest off the bowling of Michael Cohen for 12. Liam Norwell would be bowled by Samuel Conners for 5 with Oliver Hannon-Dalby last man out as he was caught by Ben Aitchison off Cohen’s bowling without scoring.

Chasing 309, the visitors would get off to a bad start as they lost Luis Reece caught behind by Michael Burgess off Hannon-Dalby without scoring before opening partner Billy Godleman (3) would be caught by Tim Bresnan off the same bowler. Guest would be third man out as he was caught by Burgess off Craig Miles’ bowling for 17 before Wayne Madsen would be caught & bowled by Will Rhodes for 29.

Resuming on 99/3, the hosts would move onto 115 before Josh Tongue was LBW to Chris Rushworth for 15 with Ross Whiteley also out soon after for 4 as he was caught by Cameron Bancroft off the bowling of Raine. A 106-run partnership between Jake Libby and Brett D’Oliviera would be ended when the latter was bowled by Matty Potts for 46 before the former stumped by Ned Eckersley off the bowling of Scott Borthwick for 126.

Chasing a target of 89, opening batsmen Cameron Bancroft and Michael Jones would get to the target a little over 20 overs, getting 46 and 34 not out respectively.

Resuming on 5/1, the visitors would move the score onto 17 before Miles Hammond would be caught by Hassan Azad for 8 with Tom Lace being caught behind by Harry Swindells off the bowling of Chris Wright for 4. Glenn Phillips would be LBW to Callum Parkinson for 8 before Ryan Higgins would be out without scoring a couple of balls later, caught by Hill off the same bowler – the score sitting at 31/5 at this stage.

Ian Cockbain (59) and Jonny Tattersall (51) would add 119 for the sixth-wicket before the latter was caught by Colin Ackermann off the bowling of Parkinson with the former also going the same way to the same bowler soon after. David Payne (4) would be bowled by Ackermann before Tom Smith (5, LBW) and Josh Shaw (19, bowled) would also be dismissed by Ackermann.

Lewis McManus would be dismissed with the fourth ball of the day for 91 as he was caught by Tom Abell off the bowling of Josh Davey before Felix Organ was LBW to Lewis Gregory for 26 with Brad Wheal the final wicket to fall LBW to Davey for 9.

Resuming on 137/3, the hosts would add 13 to their overnight score before Kiran Carlson would be caught out by Dane Vilas off the bowling of Luke Wood for 16 with Marnus Labuschagne (63) and captain Chris Cooke (17) not out as they won by 6 wickets.

Resuming on 362/5, the hosts would add 4 before Saif Zaib would be caught by Ollie Robinson off the bowling of Darren Stevens for 21 with Tom Taylor LBW to the same bowler for 25. Nathan Buck would be caught by Robinson off Matt Quinn for 4 with Gareth Berg, caught Jack Leaning off Quinn’s bowling for 10 before Ben Sanderson was last man out for 4 as he was caught Robinson off Stevens.

Kent would put on 161 for their opening partnership between Robinson and Jordan Cox with the former was out for 120 off 119 balls, LBW to Buck, before Cox would dismissed in the same way to Simon Kerrigan for 90. Joe Denly would be caught by Zaib off the bowling of Keogh for 63 before Daniel Bell-Drummond would be LBW to Kerrigan for 19. The final wicket of the day saw Jack Leaning dismissed by Zaib for 24, caught by Adam Rossington, with Tawanda Muyeye and Stevens both 3 not out.

Harry Duke would be LBW to Atkins for 54 before Jordan Thompson would be caught by Meaker off Atkins’ bowling for 42. Steven Patterson (8) would be the ninth man out as he was caught & bowled by Carson with Ben Coad bowled by Atkins for 1.

The Sussex openers would get to 38 for no loss at stumps with Ali Orr and Tom Haines on 23 and 12 unbeaten respectively. 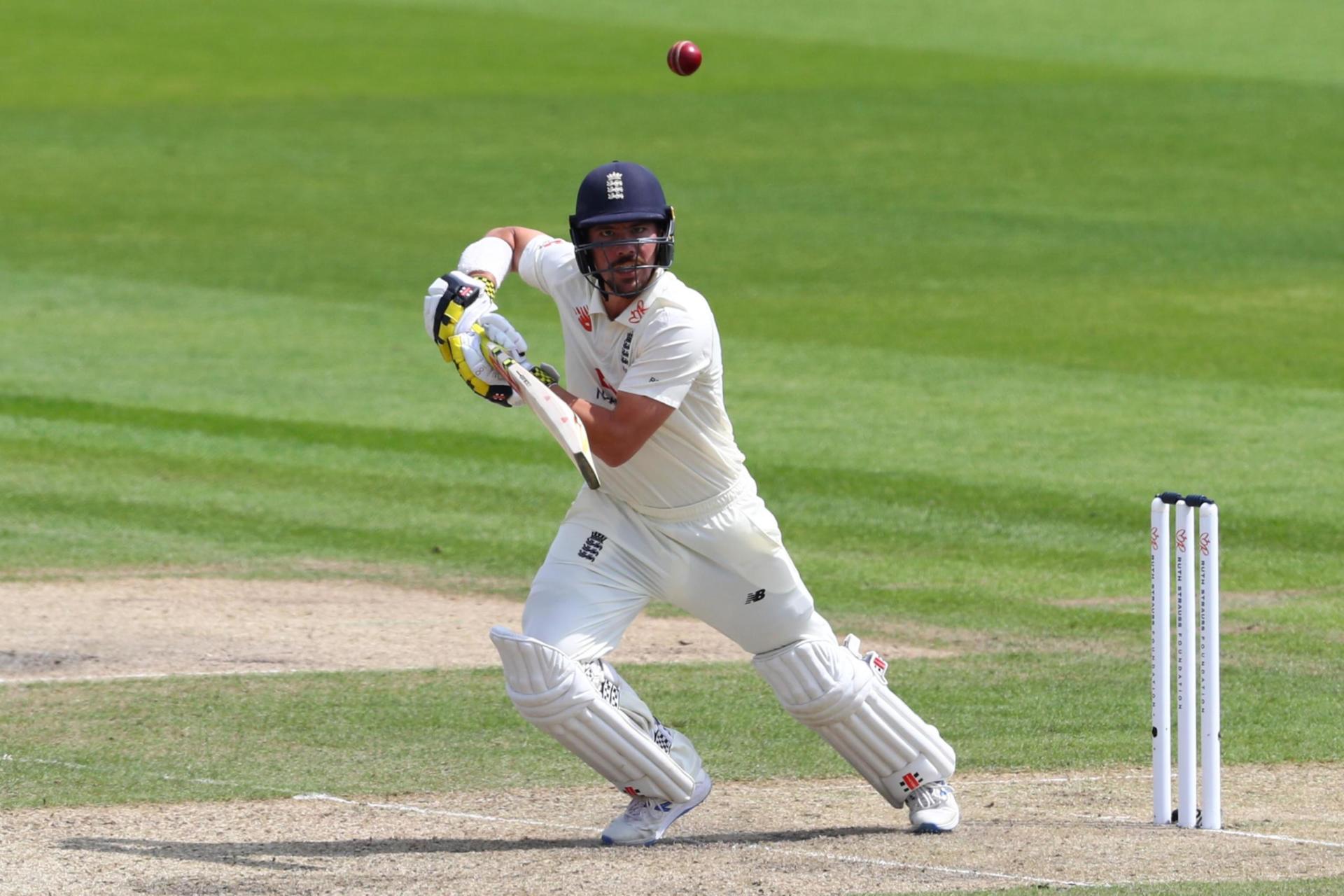