It has just been reported that the Los Angeles Lakers and Brooklyn Nets have reached a trade.

If you weren’t sure if the Lakers were going to select Lonzo Ball with the 2nd overall pick, then it’s safe to say they certainly are now. This deal is a combination of making space for a new point guard and dumping salary. Timofey Mozgov signed an unexpected lucrative deal with the Lakers last offseason. Coming off a Championship with the Cleveland Cavaliers, he was expected to bolster Lakers big man rotation with experience and skill. Overall, that has not been the case.

Brook Lopez can be a solid player in this league. Whether the Lakers plan on resigning him after the upcoming year or not is still up in the air.

Freeing up his huge contract gives them space for next offseason to try and sign some star-studded free agents.  Paul George has informed the Indiana Pacers and practically the world that he plans to sign with the Lakers next offseason. Clearing up Mozgov’s contract allows the Lakers to offer Paul George a max contract if they couldn’t already.

There are also rumors that LeBron James is considering opting out of his contract and to leave the Cleveland Cavaliers next offseason. His wife has been reported that she desires to live in LA permanently where they have a second home. Opening up more cap space will also give them a shot to possibly sign arguably the best basketball player in the world since Michael Jordan.

It is safe to say that Brooklyn will do anything to recuperate from that awful trade with the Boston Celtics. The Nets handed over a handful of players but most importantly first-round picks in 2014 (17th overall), 2016 (3rd overall), 2017 (1st overall), and 2018 first round pick. In return, the Nets got aging Kevin Garnett, Paul Pierce, Jason Terry and DJ White who was eventually waived. Yes, Kevin Garnett and Paul Pierce are two future hall-of-fame players but were past their primes.

The Nets can’t resort to the draft to rebuild since they won’t have their own first round pick until 2019. Until then, they have to trade for young players such as D’Angelo Russell. Yes, Mosgov contract is bad but its worth it if you are getting a young and promising point guard. It is the first right move by the Nets to get out of the hole they deeply dug themselves in. 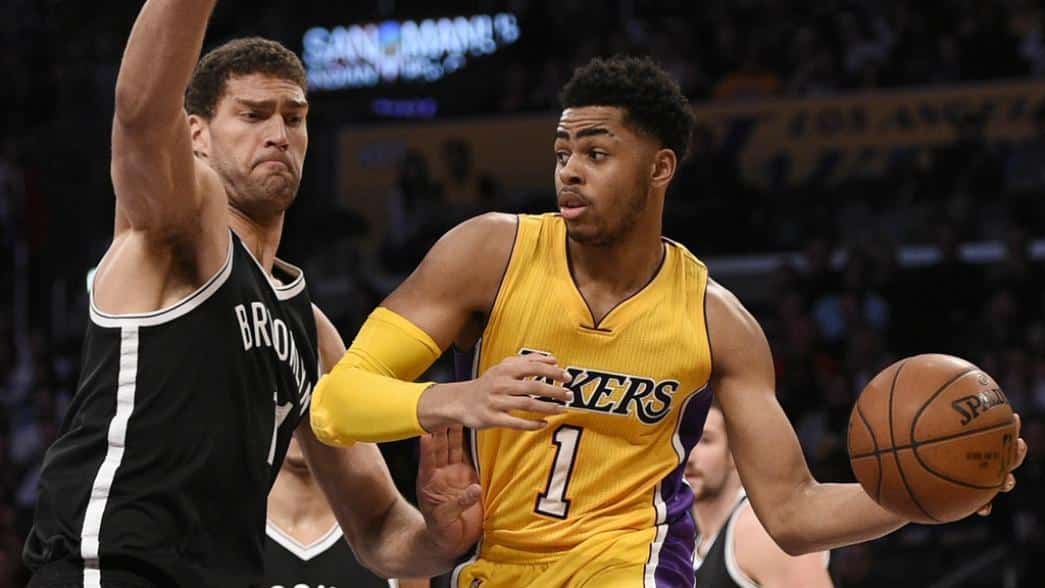