The key to success all day at Michigan International Speedway was lining up on the outside for restarts.Larson took control on a restart with five laps remaining and held off Chase  Elliott on Sunday for his second NASCAR Cup Series victory of the season..It was the third Cup win of Larson’s career and 14th by Chip Ganassi Racing.Both Sunday’s victory and Larson’s win in March came from the pole.

Chase Elliott finished a career-best second twice at Michigan Speedway last year. He added to that with another second-place finish on Sunday.

“We’ve been so close to so many other wins,” the 24-year-old Larson said. “This is our second Cup win of the year, but we’ve had six second-place finishes. All in all, it’s a good season so far and we’ll continue to keep building on what we’ve got.”

Three times Larson had to come through on restarts over the final 15 laps to get his win.The first was for debris,Larson beat Kyle Busch on the inside for the lead on the restart with 15 laps to go.Denny Hamlin, who won Saturday’s Xfinity race, finished fourth, followed by Jamie McMurray and Truex round out the top 6 finishers.

Larson’s win has pushed him ahead of Martin Truex Jr. into the points lead with 11 regular season races left before the playoffs begin. He’s a virtual lock to qualify for the postseason for a second year in a row, he’s shown grown great consistency through the Monster Energy season,as his 7.9 average finish is a series best.

As far as Kyle Busch goes, it was another potential opportunity that slipped through his fingers in the late stages of the race. He’s led laps in 11 of the 15 races this season, but is still without a win. His last points win was over a year ago,back in July 2016.Logano had a lot to be pleased about howevef ending a streak of five races outside the top 20 with a third-place result.

Next week they go to Sonoma for the first of two road courses. 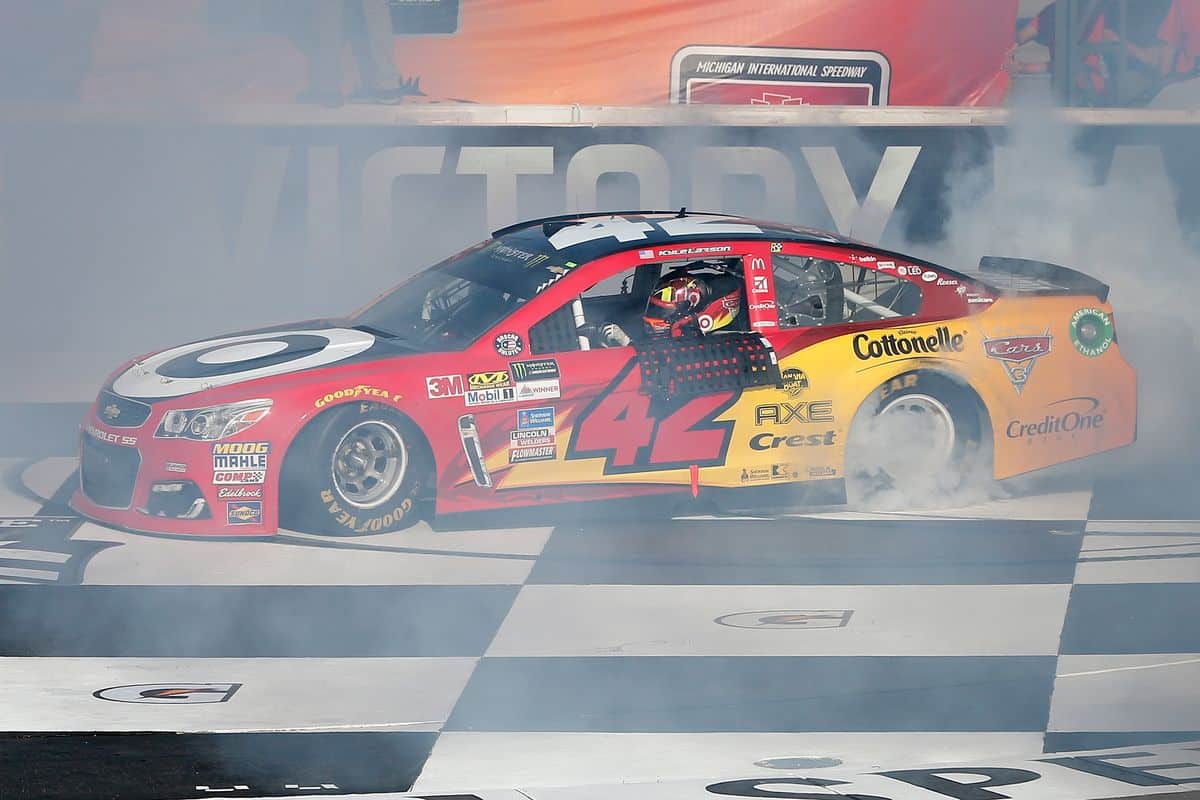