Magomed Ankalaev was robbed at UFC 282 on Saturday night. In what should have been the crowing achievement of his career, he was instead cheated out of the light heavyweight belt by a panel of judges who declared the fight to be a draw. There’s a lot to unpack here; without further ado, let’s get into it!

Magomed Ankalaev began round one of his light heavyweight championship bout against Jan Blachowicz by making good use of calf kicks. Blachowicz made timely adjustments and responded with a few well-timed strikes, but Ankalaev returned the favor and landed a few of his own. Ankalaev then began mixing in left-legged front kicks that found their mark on Blachowicz’s midsection several times throughout the round.

In round two, Jan Blachowicz began to turn the momentum of the fight in his favor. He decided to use calf kicks of his own but they seemed to inflict more damage on his opponent than he previously suffered in round one. Near the two minute mark of the round, Blachowicz landed an overhand right strike that made a visible impact and clearly hurt Ankalaev. In round three, Blachowicz continued to use the same tactics and his opponent’s legs were clearly bothered by the end of the round. A bright spot for Ankalaev came in the final 10 seconds, when he scored a takedown, letting his opponent know he was not ready to give in.

In round four, Ankalaev’s superior conditioning began to kick in and he started to take control of the action. He scored a big takedown just before the three minute mark of the round and pummeled Blachowicz with punches to the face for the remainder of the period. It was a dominant round for Ankalaev with a huge advantage in striking and ground control time. Round five was a complete display of dominance by Ankalaev. He blitzed Blachowicz and scored an immediate takedown; he executed ground control time throughout the remainder of the period and most viewers would score the round 10 to 8 in his favor due to the sheer one-sided-ness of it.

Prior to the announcement of the winner, I assumed Ankalaev would win through a unanimous decision. When the ring announcer stated that the first judged ruled in favor of Blachowicz, I stood up out of my seat in disbelief. I still thought Ankalaev was going to be announced the winner through a split decision. When the overall decision was finally announced as a draw, I knew I’d just witnessed highway robbery.

At the conclusion of the fight, ESPN’s telecast showed the official scorecards of all three judges. All three of the judges gave round one to Blachowicz. One judge gave the final two rounds to Ankalaev after having awarded Blachowicz the first three. His card resulted in a tie because he gave Ankalaev a two point advantage in the final round. Another judge gave Blachowicz the first three rounds and gave Ankalaev a one point victory in the final two rounds, which resulted in a one point victory for Blachowicz. The third judge scored the fight even at two rounds apiece heading into the fifth round, with Ankalaev winning the final period and naming him the winner.

The reason I feel this decision was a robbery is because Ankalaev indisputably won rounds four and five and clearly should have been given a two point round for the final period. The criteria for a two point round in dominance, duration and damage. In this instance Ankalaev had all three. So even if Blachowicz won the first three rounds, this fight would have to be a draw at best; there’s absolutely no way Blachowicz could have won. The fact that one of the judges had Blachowicz as the winner almost warrants an investigation.

The biggest question I have is how did all three judges grant round one to Blachowicz? I admit that it was a close round, but normally rounds like that are scored differently by each judge. In my honest opinion, Ankalaev won round one. He was more affective with calf kicks and his use of the left-legged front kicks to wear down Blachowicz’s midsection were clearly impactful. If I were a judge I would have scored round one 10 to 9 in favor of Ankalaev. Rounds two and three should certainly have gone to Blachowicz. However, those are the only two rounds he won in my opinion. Magomed Ankalaev should be the new undisputed UFC Light Heavyweight Champion. Instead we are given a draw by the judges and the light heavyweight championship is still vacant.

Lightweight challenger Paddy Pimblett had a stadium full of fans on Saturday night. His opponent, Jared Gordon, entered the octagon to a chorus of boos. However, Gordon outperformed Gordon and did not receive the decision he deserved. By my count, Gordon scored four takedowns throughout the fight. On one occasion Pimblett made good use of his grappling skills and turned one of Gordon’s takedowns into a chokehold opportunity of his own, but Gordon escaped. Pimblett had flashes of success, but the judges awarding him a unanimous decision is again highly questionable.

In the post-fight interview, Pimblett stated that he comfortably won rounds one and two and coasted to victory in round three. That is where I disagree. I thought rounds one and three were clearly won by Gordon. If I were going to give a round to Pimblett it would be round two. That is the period when Pimblett displayed his superior grappling skills and also mixed in some impressive striking in the final minute of the round.

If Pimblett were awarded a split decision victory, the outcome would be less outrageous. I just don’t know how three judges could watch this fight with no bias and all give the fight to Pimblett. A lot of people feel that Jared Gordon won this fight and I am among them. Las Vegas is notorious for handing down questionable decisions; I honestly believe that Pimblett’s popularity won him this fight, not his performance.

Alex Morono agreed to face Santiago Ponzinibbio in a catchweight bout of 180 pounds due to Ponzininibbio’s expected opponent, Robbie Lawler, having to withdraw due to injury. Through the first two rounds of the fight, it appeared that the bout was even. Morono began dominating the beginning of round three. He landed two big right handed jabs and followed them up with an uppercut. At this point he was clearly in control and looked to be on his way to victory. That’s when Ponzinibbio landed a huge overhand right that changed the fight. Morono was clearly knocked senseless and Ponzinibbio followed it up with another blow for good measure. As Morono hit the canvas, the referee waived off the fight. It was a huge come from behind victory for Santiago Ponzinibbio!

Till vs. Du Plessis

Dricus Du Plessis was so dominant in the first round of his bout against Darren Till that the referee almost stopped the fight on several occasions. He scored a takedown in the first 15 seconds of the fight and dominated through ground control and strikes to Till’s face for the remainder of the period. Till barely survived and displayed the heart of a warrior by winning round two. However, Du Plessis scored a takedown midway through round three and forced till to tap out after securing a rear naked chokehold. South African celebrity Dricus Du Plessis appears to be a prospect worth keeping an eye on the middleweight division!

I have seen both of these men fight on several occasions and they are certainly two of the most impressive prospects in the division. However, what struck me right away is that Topuria was able to force Mitchell to fight while backpedaling; normally Mitchell is the one applying pressure and his opponents are forced to fight off the back leg. Mitchell is a warrior who scored two takedowns in the first round, but it was clear that Topuria’s superior quickness was posing a problem for him. In round two Topuria knocked Mitchell to the ground with two striking combos; he was able to pounce on him the second time and force him to tap out due to a front facing chokehold. Ilia Topuria is a supremely talented fighter and he will pose a serious threat to whoever he faces in the featherweight division!

Although UFC 282 was a lot of fun to watch, I can’t help but feel bad for Jared Gordon and Magomed Ankalaev. I feel that each of them was cheated out of victories they deserved by the judges. I feel the worst for Ankalaev because he was participating in a championship fight. Fighters work their whole lives to become champions and he is deserving of the belt right now. Going into the fight, many pundits thought he was the best light heavyweight in the world. On Saturday, he proved them right, but the judges had other ideas.

The UFC returns next week with another edition of Fight Night from The Apex Center in Las Vegas. The main event of the evening features middleweight contenders Jared Cannonier and Sean Strickland in a fight that could have future championship implications. As always, we’ll have all the latest updates about the outcomes of the fights, as well as in depth analysis, available right here at World in Sport! 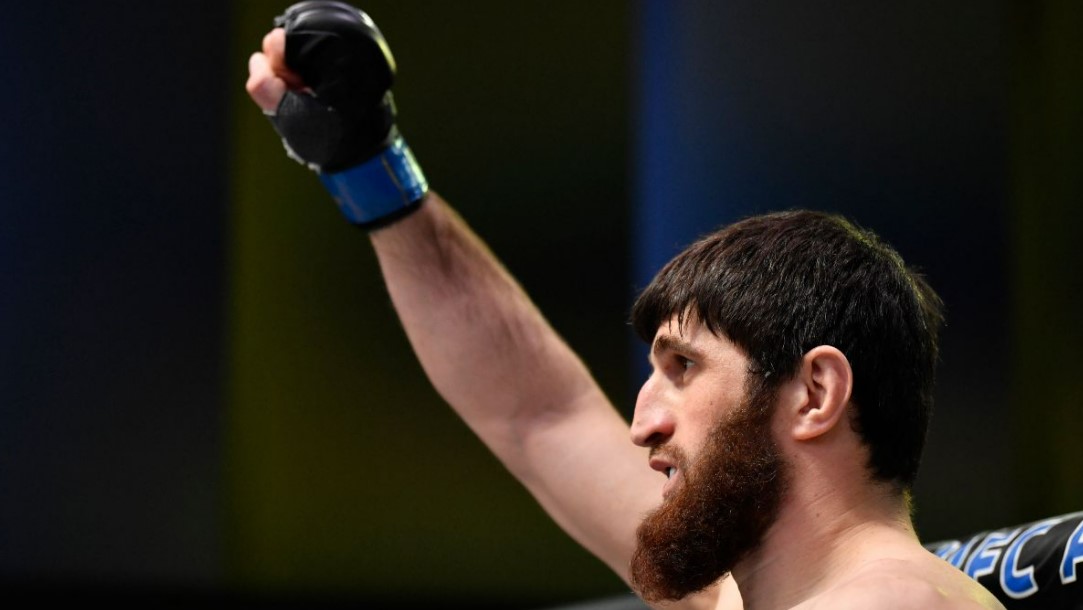