Thursday night is Europa League night, and this particular one saw the Quarter Final second legs take place with three of the four home sides having advantages from their first leg wins away from home, who would get through to the final four of the competition, let’s find out…

At Old Trafford Manchester United netted another 2-0 win over Granada to book their place in the semi-finals. It took United just six minutes to grab the breakthrough and pretty much end this tie when Edinson Cavani volleyed home after a Mason Greenwood cross had been flicked on by Paul Pogba for his 50th European goal in his career, and then in the 90th minute, United sealed the win on the night and a 4-0 aggregate win when Alex Telles whipped in a cross and Juan Mata tried to head it but missed, and Jesus Vallejo was not expecting him to miss the ball and it hit the head of the visitor’s defender and flew past his own keeper, and United moved through into the semi-finals.

Over in Rome and Roma saw off a tough Ajax outfit to take their place in the semi-finals, Ajax made things interesting by taking the lead on the night and levelling the tie-up on aggregate four minutes after the break when Brain Brobbey found the bottom right-hand corner with his right foot, but Roma was still in front on away goals so Ajax needed another to go through, and eleven minutes into the second period they thought they had that second goal to take the lead on aggregate when Dusan Tadic found the bottom corner, but VAR ruled it out for a foul and it remained as it was.

And with eighteen minutes remaining Roma levelled the tie-up on the night and went back in front on aggregate when Edin Dzeko netted from close range to put the hosts firmly back in the driving seat, although Ajax knew a goal from them would send the tie into extra time, Ajax could not find that second goal and it meant Roma went through to the last four of the competition.

In Prague a rampant Gunners thrashed Slavia Prague to cruise into the last four of the Europa League, Arsenal thought they had grabbed a big away goal after fourteen minutes when after Buyako Saka had seen a brilliant effort thump off the post, Emile Smith-Rowe followed in to tap home the rebound, but after a VAR check he was deemed to be offside, but three minutes later they did have the lead as Smith-Rowe played In Nicolas Pepe who dinked an effort past the keeper and this one did count, and The Gunners did have that all-important away goal.

Arsenal was flying and after twenty minutes they had a second goal as after Saka was brought down inside the box, Alexander Lacazette swept home the spot-kick and it had been a perfect start for the visitors and Slavia now had to win the game outright to go through, and the hosts thirty home game undefeated record was now in big trouble too.

And after 24 minutes it was three for the Gunners as Saka cut inside and drilled a low effort inside the near post, Slavia had been ripped to shreds, and the tie was as good as over inside twenty-five minutes, incredible, no one saw this coming as many (including myself) had predicted a tough night for The Gunners.

It had been anything but difficult for the Gunners though and they made it four with just under fifteen minutes remaining when Lacazette found the net for the second time on the night after he received a ball from Pepe, controlled and took a touch, and with all the time in the world fired home with his left foot as Arsenal cruised into the Last Four.

And finally in Spain Villareal saw off Spurs slayers Dinamo Zagreb to make it through, the Spanish side grabbed the lead on the night and doubled their aggregate lead when Paco Alcacer converted from close range nine minutes before the break, and they all but ended the tie two minutes before the break when Gerard Moreno found the bottom corner with his left foot. Zagreb did pull one back with just over fifteen minutes remaining when Mislav Orsic found the net from a difficult angle, but Villarreal had done enough already to take their place in the semi-finals.

Here is how the semi-final line up looks…

Man United have a two-legged semi-final against Italian side Roma who has ex-Man City striker Dzeko in their ranks, the first leg is in Manchester in two weeks’ time, whilst Arsenal take on Villarreal who are of course managed by former Gunners boss Unai Emery, so that should be interesting, the first leg is in Spain in two weeks’ time. Can United and Arsenal make it an all English final perhaps, we shall find out in three weeks time? 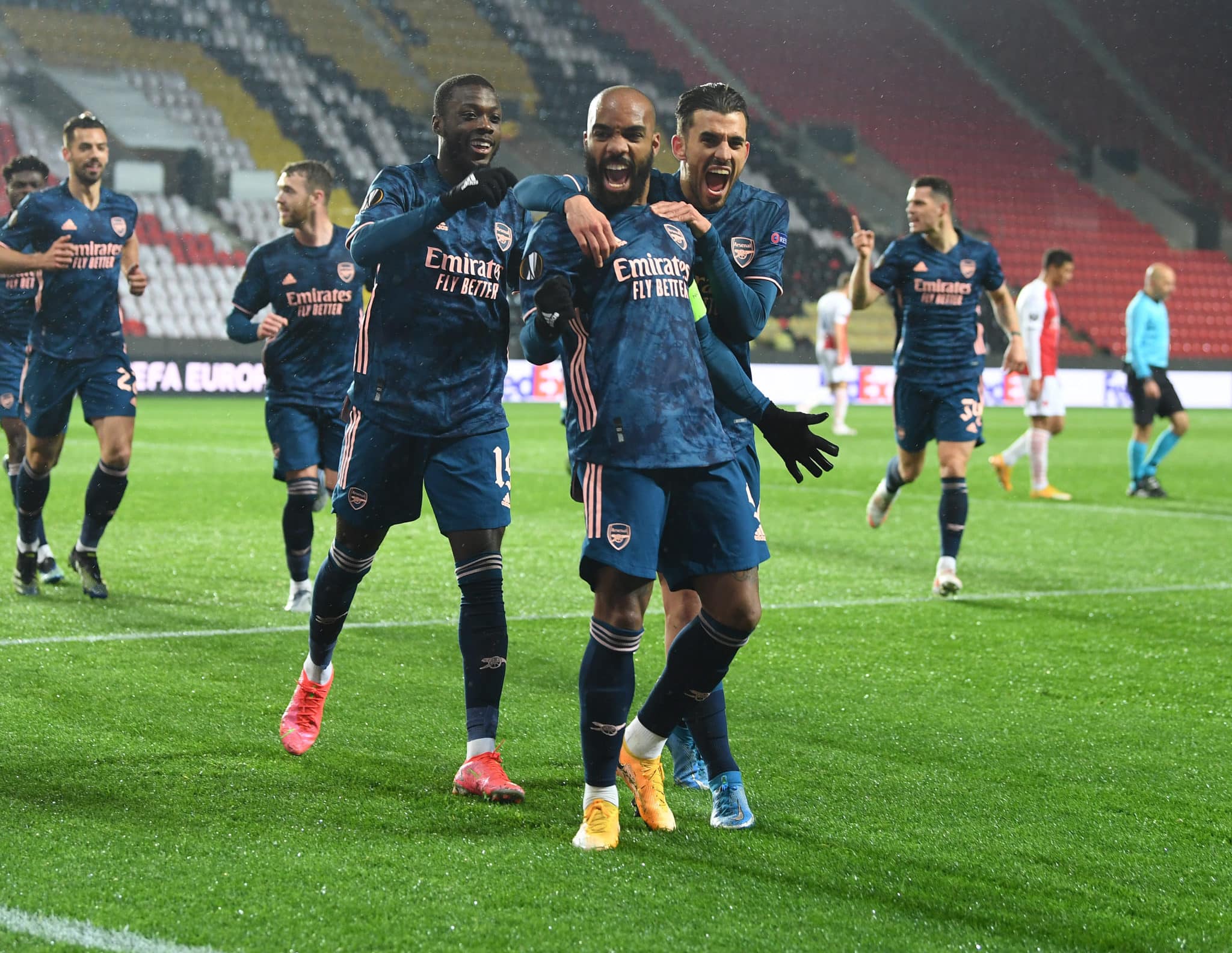