LaMarcus Aldridge announced his retirement today, ending a 15-year career in the NBA. The news came after Aldridge suffered an irregular heartbeat after playing with the Brooklyn Nets against the Minnesota Timberwolves. We take a look back at Aldridge’s career in retrospect.

Aldridge was drafted by the Chicago Bulls as the second overall pick in the 2006 NBA Draft before being dealt in a trade that would send him to the Portland Trail Blazers. Aldridge spent nine years with the Blazers, becoming an all-star with former teammates Brandon Roy and later Damian Lillard.

LaMarcus Aldridge was named to the All-Rookie First Team in the 06-07 season, joining Rudy Gay, Jorge Garbajosa (whom he shared a tie with), Andrea Bargnani, Randy Foye, and Roy. As a member of the Blazers, Aldridge averaged 19.4 points, 8.4 rebounds, and 1.9 assists per game.

In 2015, Aldridge signed with the San Antonio Spurs for a four-year, $80 million dollar contract. While playing for the Spurs, Aldridge was taken under the wing of Tim Duncan, while playing alongside Kawhi Leonard. Aldridge would actually spend six years with the Spurs, leading them with DeMar DeRozan.

Aldridge would leave the Spurs via buyout and would sign with the Brooklyn Nets during this season. Aldridge looked to be an integral part of Brooklyn’s championship run for the upcoming postseason, but an irregular heartbeat derailed such promises. In a statement from Aldridge, he expressed the fear from dealing with the diagnosis, which led to his decision:

“Later on that night, my rhythm got even worse which really worried me even more,” Aldridge wrote. “The next morning, I told the team what was going on and they were great getting me to the hospital and getting me checked out. Though I’m better now, what I felt with my heart that night was still one of the scariest things I’ve experienced.”

“The Nets organization fully supports LaMarcus’ decision, and while we value what he has brought to our team during his short time in Brooklyn, his health and well-being are far more important than the game of basketball.”

The events surrounding Aldridge’s retirement serve as a mighty blow for the Nets, who currently sit in second place in the Eastern Conference standings. Should the Nets win the NBA Championship, they will more than likely dedicate it to Aldridge, giving him an honorary championship ring.

During his short run with Brooklyn, Aldridge averaged 12.8 points, 4.8 rebounds, and 2.6 assists per game. As for the irregular heartbeat diagnosis, it may have something to do with Wolf-Parkinson-White syndrome, which Aldridge has. He missed the entire 2006-07 season to correct it and would do so again prior to the 2011-12 season.

LaMarcus Aldridge played the game of basketball with the will to win and to become a champion. Having played at the highest level for 15 years is more than worthy of a Hall of Fame nod one day.

In addition to having played in the NBA, Aldridge also won the Big 12 Defensive Player of the Year for the Texas Longhorns, along with being part of the All-Tournament and the First Team honors for the Big-12 conference in 2006. Aldridge will go down as one of the best Power Forwards and Centers to ever play the game of basketball. Thank you, LaMarcus Aldridge, for your contributions on and off the court. 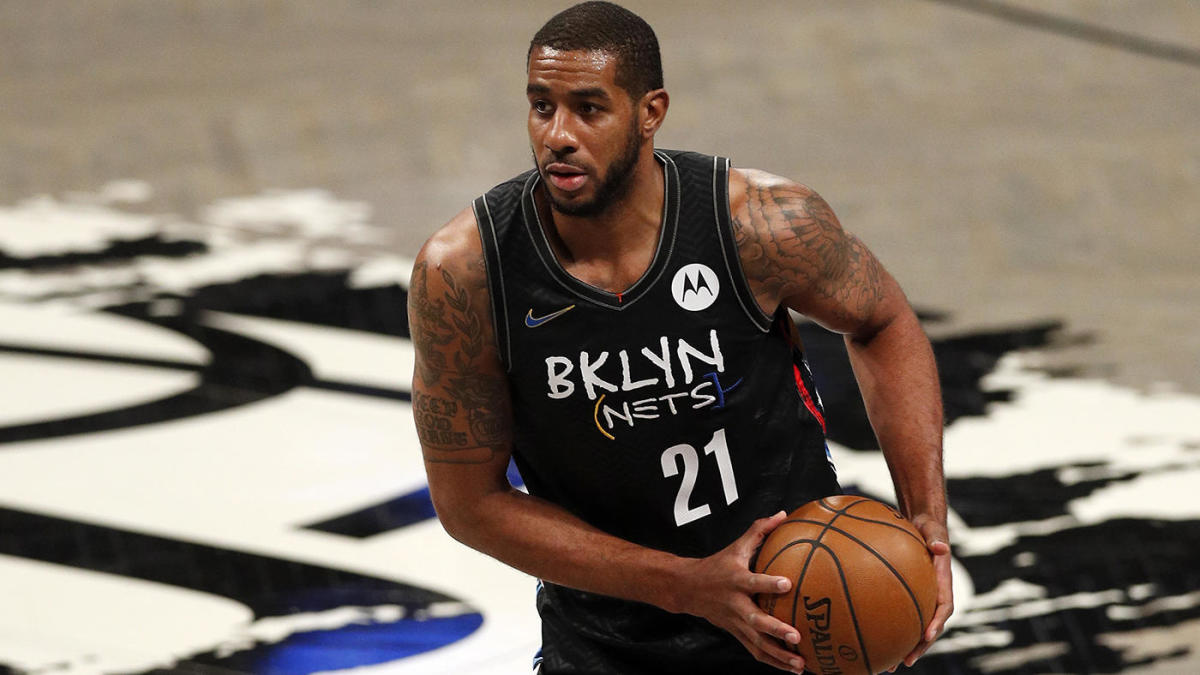