Cole Palmer came off the bench in Manchester City’s 2-0 win over Burnley yesterday in the 90th minute. A few hours later he strolled out of Manchester City’s academy stadium carrying a match ball under his arm after scoring a sublime hat-trick in the Elite Development Squad’s (U23s) 5-0 victory over Leicester City.

“Playing with the first team at three then driving over to the Academy Stadium and scoring a hat trick and another three points; it was a good day,” the attacking midfielder reflected as he spoke to Manchester City’s official website.

“I saw that the EDS were playing at half seven and the first team were at three.

“I’m doing what I love – I can’t complain. It’s hard to keep focused and keep the energy all day but apart from that, I enjoyed it.

“I just try to entertain and score goals for the fans and do what I do.

“Everyone wants to play games so when I saw the opportunity to play I thought I might as well come and play and that’s what I did.”

“It’s been a top season so far. Hopefully, I can get more minutes and keep pushing with the first team,” Palmer added.

“I think it’s just about timing. I’ve just got to be patient and wait for a chance with the first team and, hopefully, when it comes like against Wycombe, I’ve just got to take it and make an impact.

Born in Wythenshawe, Manchester on May 6, 2002, Cole Palmer has been with City from the start of his career.

He began with the Citizens at an under-8 level before progressing through the academy all the way to captain the U18’s in the 2019/20 season, where he played a pivotal role leading the side to league and cup glory.

Cole Palmer scored 15 times and assisted five when City was crowned U18 champions.

He also scored a brace in a 6-0 win against Stoke City in the final of the U18 Premier League Cup in the same season.

Later that season he was invited to train with the first team and has been on the cusp of entering the fray ever since.

The teenager was seen on the bench four times in the 2020/21 campaign.

Palmer finally made his first-team debut in the Carabao Cup fourth-round tie against Burnley on September 30, 2020.

Palmer has already had a chance at silverware this season, with over 70 minutes played in the Community Shield defeat to Leicester City in August.

And having signed a new long-term contract in the summer of 2021, Cole Palmer scored his first senior goal for City in our Carabao Cup win over Wycombe in September 2021.

At international level, Palmer got his first call-up to England’s U21 squad less than a week after his league debut against Norwich in August.

Manchester City beat Burnley in a hard-fought match and only managed to scrape a 2-0 win. The game was not overly exciting with Bernardo Silva put City ahead in the first 15 minutes after firing home the rebound of Foden’s shot. Then De Bruyne made it 2-0 in the 70th minute as the Belgian drilled it home from inside the box. Sterling has a poor game as he failed to make much of an impact despite trying to regain favour with Guardiola. 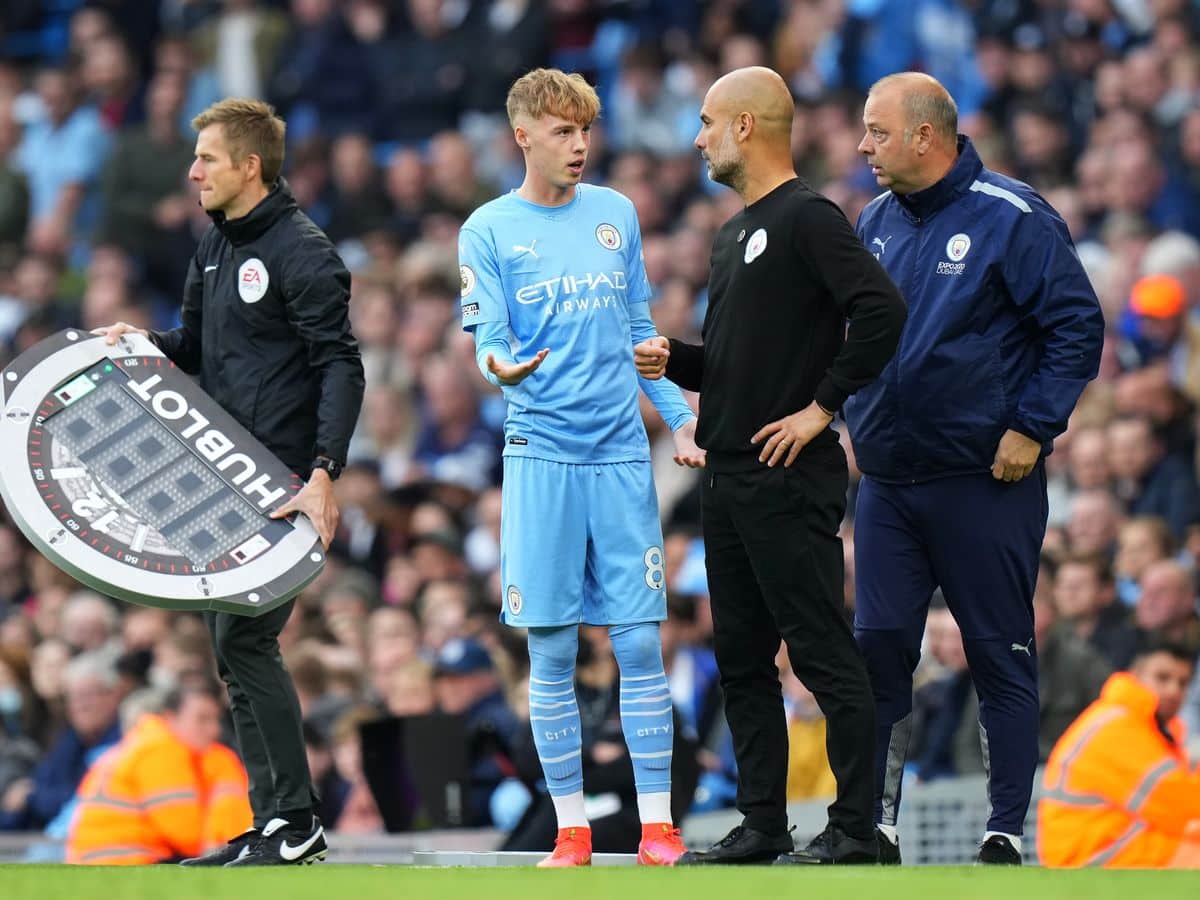