Lazio defender Luiz Felipe was shown a straight red after the full-time whistle in last nights victory over Inter Milan after he jumped on the shoulders of Joaquín Correa in celebration.

Things were going well for Inter up until the hour mark in Rome as they led 1-0, thanks to an Ivan Perisic penalty. Lazio, however, roared back in the final third of the game. Goals from Ciro Immobile, Felipe Anderson and Sergej Milinkovic-Savic helped them to a 3-1 triumph.

Following the full-time whistle, Luiz Felipe decided to head straight for Correa and jump on his shoulders. Correa wasn’t having any of that and angrily shook the defender off him. It’s not clear from the footage if he initially realised that the player involved was Luiz Felipe, but he didn’t look amused afterwards either.

The bizarre incident then sparked a brawl between the two sets of players, with Inter unhappy at what they believed to be unsportsmanlike conduct. The match official wasn’t a fan of Luiz Felipe’s antics either, quickly brandishing a straight red card as punishment.

So distraught was Luiz Felipe by the misunderstanding that he’s actually in tears as he is led away by club officials.

“I would like to comment on the negative effects of what happened today at the end of the game,” wrote Luiz Felipe.

“First of all, I want to make it clear that I have great respect for Inter and any other club. We are all professionals, working to pursue our goals and we would never disrespect another professional.

“At the end of the game, I ended up jumping on Tucu’s shoulders because he’s one of the great friends that football gave me. Our families are friends and we’ve always been very close,” he explained.

“There, what I wanted most was to hug him and joke about the result, as much as our friendship allows, but I got too excited. Maybe, on second thought, it wasn’t the best time or the right place.

“I apologise to anyone who has felt insulted and make it clear that I have not tried, in any way, to be disrespectful towards him or towards Inter players.

“It was an innocent act, by a person who has great affection for Tucu !! I love you brother.”

Up until a couple of months ago, the Brazilian centre-back shared a dressing room with Argentine striker Joaquín Correa at Lazio. Not only were the pair colleagues, but also seemingly good friends.

They were separated in August this year when Correa moved to Inter on a year-long loan deal with an obligation to buy.

This red card, if upheld, will rule Luiz Felipe out of the next match, where Francesco Acerbi is already suspended for insulting the referee.

Lazio’s next game is against Marseille in the Europa League on the 21st October, followed by a Serie A match against Hellas Verona three days later. Le Aquile currently sits 5th in Serie A on 14 points. 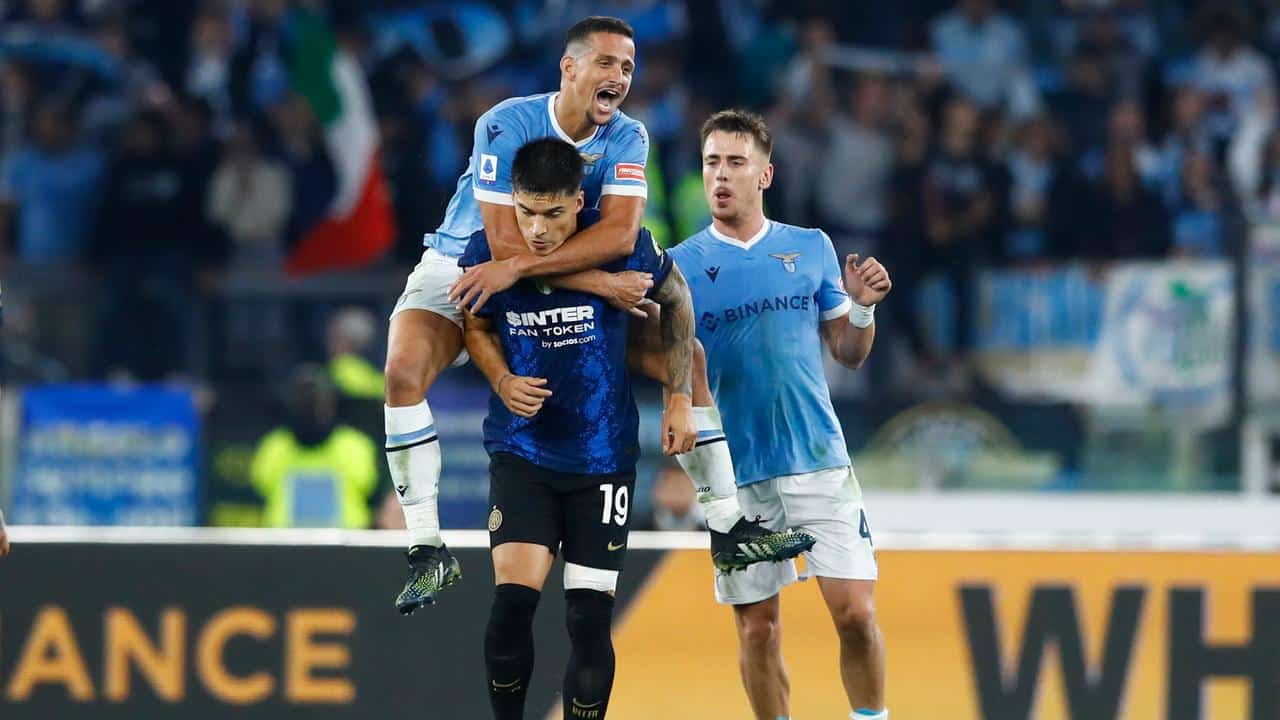