With Manchester United currently in 2nd position in the Premier League and the appointment of John Murtough as director of football to work alongside Darren Fletcher helping progress United’s challenge Manchester City in the upcoming season, the transfer window will be extremely important for Manchester United this season.

With COVID causing many issues around the world, clubs have taken a massive loss causing the transfer market to be heavily affected.

After United spent the whole of last summer trying to sign their marquee signing in Jadon Sancho, he will enter the summer as Manchester United’s top transfer target along with Sancho’s teammate Erling Haaland, the striker who is in extremely high demand is one of Europe’s best strikers and a potential bidding war between Europe’s giants to gain Haaland’s signature will ensue.

With Sancho’s contract running down at Dortmund and the heated interest of Man United, he only has two years left on his contract. Either Dortmund will accept an offer in the region of £50-65million or let Sancho leave for free in the 2022/23 season. With Dortmund current sitting 5th in the Bundesliga, that would mean Dortmund struggling to guarantee Champions League football, which would lead to Sancho and Haaland potentially forcing a move out of Dortmund.

One position that is holding united back is the defensive midfield role which is currently occupied by Fred, who has been very inconsistent all season. Although he is trusted by Ole Gunnar Solskjaer, he has let United down multiple times this season. United need a defensive midfield who will sit back and break up the play and not venture forward multiple times a game and leave the slow defence exposed.

In most games this season, we see united pass sideways and backwards leading to mistakes and very boring football. Manchester United need a midfielder who will break up the play and demand the ball from the defence and help drive the team forward. A person who fits the role perfectly is Declan Rice from West Ham. With Lingard on loan at West Ham from United, and finally reaching his potential in the Premier League with 8 goals and 3 assists in 9 games, a swap deal with money going West Ham’s way should be a high priority for United.

With Rice being captain of West Ham at the age of 22. It is very rare to find a leader at such a young age and would be able to play for 10 years plus. The problems with United gaining the signature of Declan Rice is that West Ham are flying this season and keep currently sit in 4th position, with Rice being the captain of West Ham and if West Ham gains Championships League football, it will be next to impossible for United to gain Rice’s signature.

Another issue with Manchester United pursuit of Rice would be that he has been a Chelsea fan from a young and is very close friends with Mason Mount, Declan Rice may want to stay in London rather than a move to Manchester, which could put the move off and force United to seek another player.

With the interest of Leipzig’s Dayot Upamecano cooling down, United will priorities the signing of Joules Kounde from Sevilla, the French defender has a very quick sprint a speed which makes him very fast and combined with his strength at the age of 22 could be a long-term solution for Man United.

Since 2010 when Edwin van der Saar retired, Manchester United have never looked past David De Gea. Since the signing in 2011, David De Gea has been United’s number 1 ever since. Last season with De Gea starting to make mistakes in goal, United started to question him as the number 1.

With Dean Henderson impressing at Sheffield United at the start of this season, Manchester United decided to terminate his loan and bring him back to Old Trafford and provide competition for De Gea. With De Gea being the number one all season, the birth of De Gea’s child forced him to be out of action for around a month and Dean Henderson took the opportunity and impressed Ole very much and Solskjaer rewarded him with the number 1 role in big games such as Spurs, which forced De Gea to the bench.

And Ole describing his keepers as both number one. This will not work next season with both keepers wanting to play every game which will mean one will have to go. With United not yet decided on who one will be the number one, Manchester United will have to sign a number two to give the first-choice keeper a rest in cup games that are less important.

One keeper United should be interested in is Karl Darlow of Newcastle, who really stepped up at the start of the season with the injury to Marin Dubravka, keeping 4 clean sheets and making 88 saves in 25 games behind an inconsistent Newcastle defence and being the only goalkeeper to save a Bruno Fernandes penalty. He would be a cheap option for United with Premier League experience and would be Newcastle second keeper so no reason why a move to Old Trafford would not be on the cards.

With Edison Cavani being brought in, in the summer to provide competition for Antony Martial who has started many games on the bench. Has scored 7 goals and 2 assists in 20 games with 7 appearances from the bench. His movement is second to none and would be a very good player to keep at the club to aid the development of Mason Greenwood who will be a future number 9 at united.

But there is speculation that Edison Cavani wants a move back to South America which would leave United without a striker, and with United looking like they have cooled their interest in Haaland, striker options on the market look very minimal. One name who Manchester United may be interested in if Cavani decides to leave United would be the return of Cristiano Ronaldo.

The 36-year-old may end his career at the team where he made his name. Ronaldo’s goal record is still immensely good with him scoring 25 goals and 3 assists in 27 games. He would be a relatively cheap signing and would be a very good replacement for Edison Cavani if he decides on a move away from Old Trafford. Although United may have a decision to make if they sign both Ronaldo and Sancho on who they will give the number 7 shirt to. 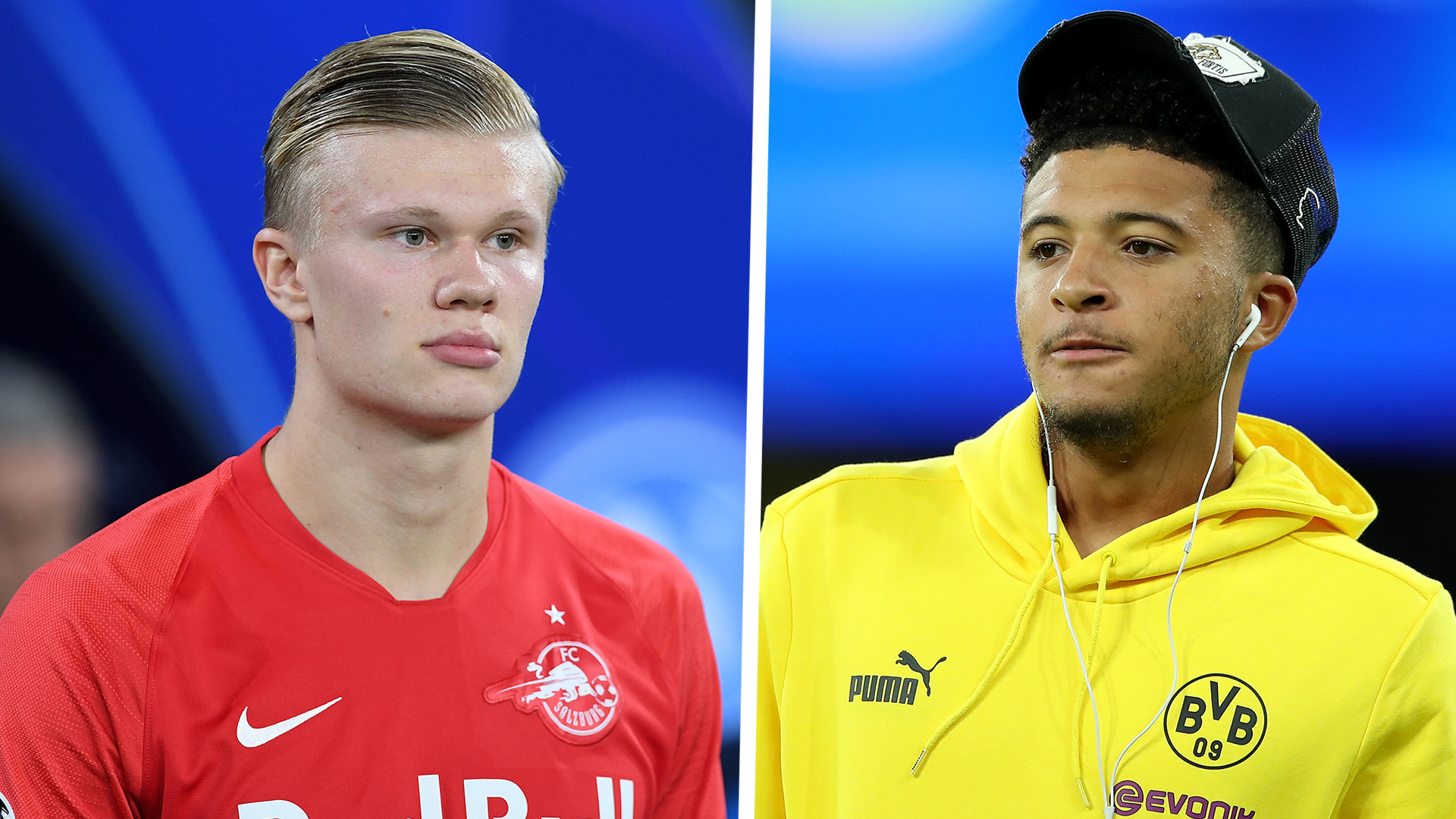