“I didn’t want to say this today, in front you… with him sat here. He will go right to the top. Right to the very top”. The year was 1996, the club, West Ham, and the player a certain Frank Lampard. Since that late night in an East London fan’s forum, Harry Redknapp’s sentiment has reverberated around the internet and now holds prophetic reckoning. Frank has gone on to rightfully claim his spot amongst the demigods of English football with goal scoring and trophy records aplenty.

However, when you examine the meaning behind the disgruntled West Ham supporter’s question, it becomes apparent as to what he was alluding to. Nepotism.

Frank Lampard, in 1996, was a 17-year-old, with rich family ties in the game. His father, Frank Lampard Senior, was the assistant manager of West Ham, and his Uncle, Harry Redknapp, the Gaffer. A certain Scott Canham and Matt Holland, both 21 at the time and banging on the door of being regular first-team players were moved on to make room for Lampard. To nurture promising talent.

“Do you think the publicity and time young Frank is getting warrants it… because I don’t think he is good enough…..“he came on against Arsenal and was clearly not ready to play”

A red-faced, and humbled Frank Lampard was rescued by the Redknapp.

“Well no, those two [Canham and Holland] definitely are not good enough’

The interview has been shared numerous times over, especially as Lampard closed the curtain on his glittering career. But when you examine the players in question, particularly Matt Holland, [2002 World Cup for Ireland and amassed over 200 PL appearances]… Redknapp’s crystal ball of footballing outcomes doesn’t seem so prophetic after all.

Perhaps that fan was onto something… perhaps there were darker forces at play.

One may argue that Lampard was given the time to develop that so many other, non-connected, players do not. With deep family ties at West Ham, and a cousin making waves within the Liverpool Spice Boys team of the mid-90s, who would not bet on Lampard’s stock rising to the top. Then again, when you analyze the dates and numbers, they don’t strike you as incredible. Lampard’s debut in 1996 was followed by 5 years of relatively unremarkable performances.

Yes, Redknapp was right. There is no comparison to Lampard’s and Scotty Canham. But what is fascinating is that Lampard was given 146 PL games by the time he was 21. Matt Holland, 0. How much of that was purely based on talent, versus having the right people in the right place opening doors?

Nepotism in sport is rife.

But there isn’t one footballing institution that quite epitomizes nepotism like Manchester United. From the scandals of Sir Alex and son Jason to Wilf and Paul McGuiness, from Jimmy and Neil Ryan. The club’s obvious nod to the old boy has an Etonian feel.

“The interesting thing about you is… you brought on all of these star players. Keane, Beckham, Van Nistelrooy and yet you fell out with all of them” Jon Snow, interviewing Fergie in 2013.

Fergie’s retort… “you can never lose your control…”

Snow drew a comparison with Ferguson and Stalin, before brilliantly linking Ferguson’s control to sneaky backhanders given to his son, Jason, a shady character who sat within the cracks of the furniture of Old Trafford in the late 90s and early 00s. Jason Ferguson, a man with no footballing credentials and without a FIFA certified agent’s license, somehow found himself at the heart of some of Utd’s biggest transfer dealings.

“There is a rat race and the rats are winning. They’ve all seen the gravy train arriving and they all want to jump on”

Alex Ferguson‘s contempt for football agents is clear. Numerous soundbites and quotes can be found everywhere. So what did Fergie, a man of values, think when his son became an agent?

Jason Ferguson, in 2001, was involved in one of the biggest Utd transfer deals involving Jaap Stam. The phony football agency, Elite, had been in business for less than a year but already found itself brokering the biggest deals with the biggest clubs.

The story goes that Elite was paid a fee of 1.6 million by Lazio to approach Manchester United and ask about the availability of Jaap Stam. A lot of money for one phone call… but is that really the whole story? There is a theory that Elite had hold of valuable information. Information that Manchester United wanted to sell Jaap Stam, and all of the minutia that went with a player transfer, like the fee, wages etc. Like all good inside traders, Elite and Jason Ferguson pushed their ideas to the highest bidders and the deal for Stam to leave Old Trafford at the height of his powers was done. It was payday.

Alex Ferguson’s shameless nepotism didn’t end there. His selection of David Moyes as his successor, to his son Darren, winning a PL title, and his brother being a chief scout for many years despite never playing professionally show’s just how much control he had. Roy Keane on the podcast, “off the ball”, mercilessly dissected Ferguson’s behaviour ending with a tongue in cheek “I am surprised his wife wasn’t on the payroll somewhere”.

With success, comes blind faith. Ferguson was and still is untouchable. Even the Glaziers left him to his own devices. Now Fergie is upstairs as the Director of the board and has the perfect old stalwart in the manager hot seat to reinstate the old boy Manchester United way. Solskjaer.

We only have to look into the current Manchester United coaching staff to see there are so many ties to Ferguson’s Old Boy Network.

Mark Dempsey – U9-U16 head of Academy under Ferguson, returned to Manchester United in 2019 when Ole Gunnar Solskjaer became the manager

Richard Hartis – Head of Academy Goalkeeping under Ferguson for 10 years, returned to Manchester United in 2018 with Ole.

Neil Ryan – Son of Jimmy Ryan [who was Ferguson’s assistant from 1998 – 2001] appointed U18s Head Coach upon Ole’s return to the club in 2018. He had previously done a number of roles in the Academy when Ferguson was at the helm.

Michael Clegg – Son of Mike Clegg, who was Head of Strength and Conditioning program at Utd under Ferguson, was hired by Ole upon his return to Old Trafford as Manager.

Paul McGuinness – Son of Wilf McGuiness [former Man Utd player and Manager]. Paul was given the U18s Head Coach role in 2005 by Ferguson despite only being 29, and amassing only 20 league appearances.

As Keane aptly put it in his off the ball podcast…. “Is this doing what is really best for Manchester United… give me a break” 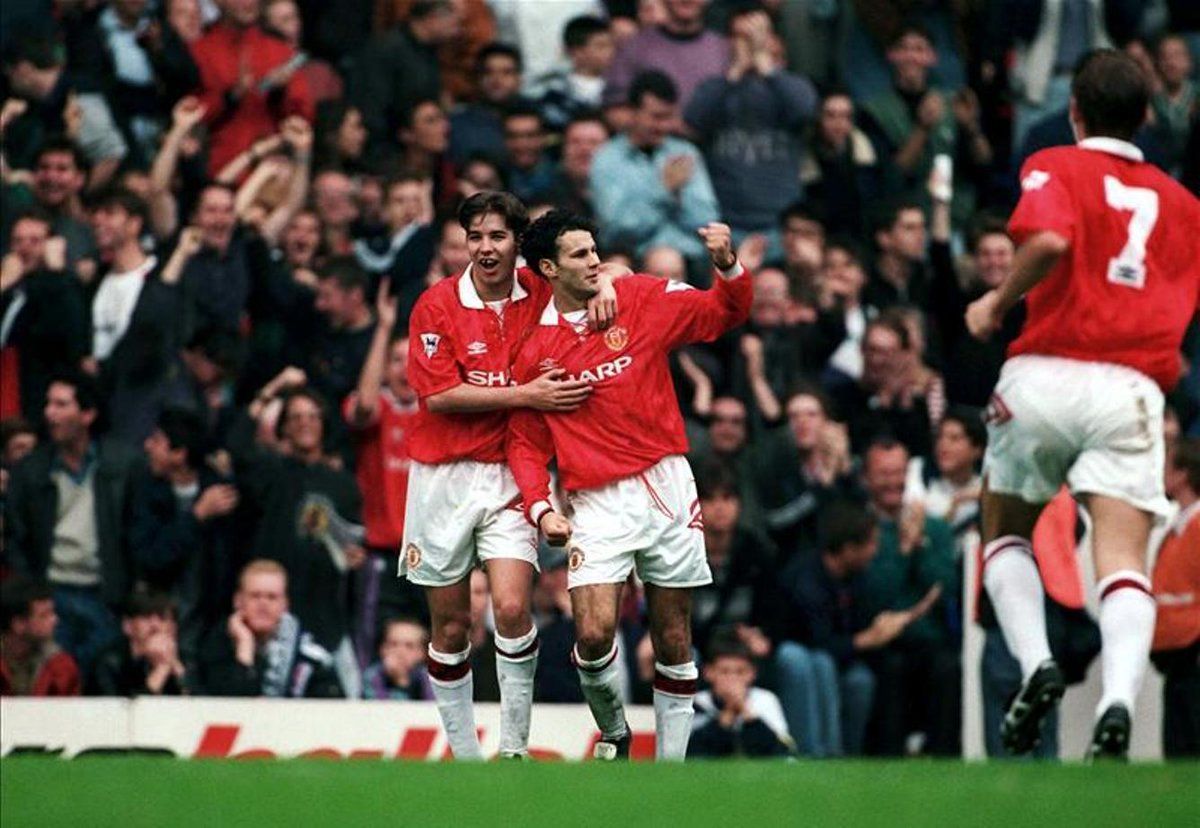