It was an emotional win for the American who, after his victory, tweeted, “This medal is for my country and my family, especially my Dad! Proud and honoured to bring the gold back to the USA!”

Four decades ago Xander’s father, Stefan Schauffele, was preparing to compete in the decathlon for Germany, at the Olympics, before his dreams were shattered after a car accident involving a drunk driver. In the accident, a piece of broken windshield lodged in Stefan’s left eye resulting in permanent damage to his vision. He is blind in his left eye to this day.

Stefan’s dreams may have been cut short but he finally made it to the Olympics albeit not in the manner he had originally intended.

Very few families were able to watch their sons or daughters in person given the Covid-19 restrictions placed on the athletes, but Stefan is Xander’s swing coach and as such was allowed to enter the Olympic venue with his son.

It is an experience the Schauffele family can cherish for the rest of their lives and the memory is made just that little bit sweeter with a touch of gold.

Xander’s mother, who spent some of her childhood in Japan and his grandparents, who live in Tokyo, watched from home.

It was a packed leaderboard in the final round with a number of players making a move towards medal contention.

Rory Sabbatini made the biggest move of the day, shooting the lowest round in Olympic history with a 10 under par score of 61. His round catapulted him up the leaderboard into second place.

Xander Schauffele began the day on 14 under par, one shot ahead of home hopeful Hideki Matsuyama. Schauffele made four birdies in a brilliant front nine to be on 18 under par at the turn.

A rough patch from the American after the turn saw many players move closer to his lead. He fell back to 17 under par, to be tied with Sabbatini, after a scrambling bogey at the par-5 fourteenth hole.

Schauffele steadied the ship with a couple of pars and a birdie at the seventeenth to give himself a one-shot lead heading down the last hole.

A poor drive on the eighteenth meant Schauffele had to hit out of the trees onto the fairway and attempt to make par with a pitch and a putt. He struck a beautiful shot to three feet and nonchalantly holed out to take the gold medal.

Sabbatini would claim the silver medal on 17 under par. Two shots further back on 15 under par were seven players that would head to a playoff to determine the bronze medallist.

The seven players were Paul Casey, Matsuyama, Rory McIlroy, Collin Morikawa, Sebastian Muñoz, C.T. Pan and Mito Pereira. The playoff was to be played on holes 18, 10 and 11, repeating in that order until a winner was determined.

The players were split into two groups to make the playoff manageable. Morikawa, Muñoz, Pan and Pereira went out in the first group with Casey, McIlroy and Matsuyama following behind.

Matsuyama and Casey were knocked out on the first playoff hole after making bogey.

The remaining five headed to the par-3 tenth hole. Each player parred and they continued onto the par-4 eleventh hole.

Morikawa hit a spectacular shot from the middle of the eleventh fairway and his ball came to rest a foot from the hole. Pan followed suit, knocking his approach to two feet. Pereira and McIlroy both hit their iron shots within ten feet of the hole and Muñoz slightly overshot the green.

McIlroy, Muñoz and Pereira couldn’t make birdie and only Morikawa and Pan would move forward in the playoff, making their way down the eighteenth hole once again.

Morikawa’s approach shot to eighteen plugged in the face of the greenside bunker and the best he could do was to hack it out onto the front portion of the green. He was left with a thirty-foot putt, which he couldn’t convert.

Pan of Chinese Taipei made a great up and down from the left of the green, holing a nine-foot putt to clinch the Bronze medal.

It was a brilliant comeback from Pan who had a tough start to the week shooting an opening-round three over par 74. However fantastic golf in his proceeding rounds found him back in contention.

A flawless final round from Pan saw him card six birdies and an eagle on his way to an 8 under par round of 63 and he continued that stellar play in the playoff to hold off his competitors.

McIlroy’s opinion of the Olympics has changed after his experience last week. After his round on Sunday, he said “It’s disappointing going away from here without any hardware. I’ve been saying all day I never tried so hard in my life to finish third.

“It has been a great experience, today was a great day to be up there in contention for a medal, certainly had a different feeling to it than I expected. As I said, I’m already looking forward to three years’ time and trying to go at least one better but hopefully three better.

“I made some comments before that were probably uneducated and impulsive, but coming here experiencing it, seeing, feeling everything that goes on, not just Olympic golf but just the Olympics in general, that sort of Olympic spirit’s definitely bitten me and I’m excited how this weeks turned out and excited for the future.”

Schauffele’s compatriots, Patrick Reed and Justin Thomas both finished on 10 under par after final rounds of 65.

Cameron Smith of Australia narrowly missed out on the playoff with a bogey on the final hole and closed out his campaign on 14 under par, while his countryman Marc Leishman finished well off the pace at 2 under par.

Austria’s Sepp Straka who took the first-round lead completed his week alongside Smith and Joaquin Niemann on 14 under par.

With more players finding excitement in the games, golf looks poised to be a bigger spectacle at the Olympics in years to come.

The women’s second-round continues tonight. Swede, Madelen Sagström, is leading the way on 5 under par, one shot ahead of America’s Nelly Korda and Aditi Ashok from India. 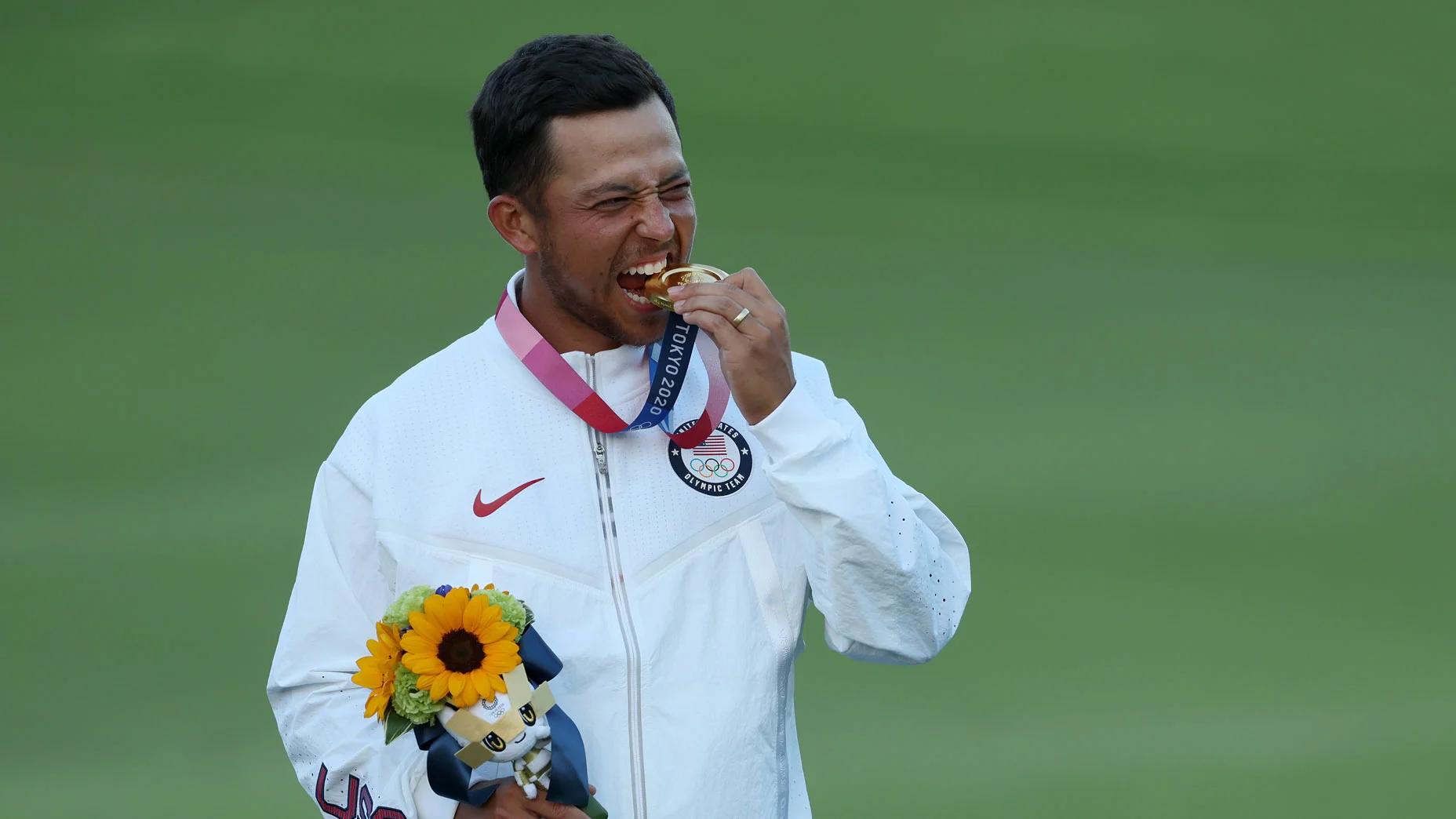