He is back.  No matter how many times we have been made to say it before, the phrase “Manu Tuilagi is back” elicits the same and only response; an overwhelming furore among England fans.  The thought of his return, in the white of England, once again vaunting his behemoth strength on the international stage, elevates people’s excitement into raptures.

After suffering a grade three hamstring tear in England’s 27-26 victory over South Africa in the Autumn, Manu Tuilagi is finally back fit again.  However, prior to his call up into the England squad, Tuilagi has only played a combined 80 minutes of rugby for his club side, Sale Sharks.

As is the case for any high-performing athlete, the need for game-time is paramount, and for Tuilagi, this is no exception.  A man that has suffered a torrid career of injuries, the demand for consecutive game time in order to get back up to speed is a must.  Yet, with just a game’s worth of club rugby under his belt, the beseeching for his return to international rugby this quick is somewhat justified.  England’s midfield is struggling.  There lacks any form of physical threat in attack or defence, and with a no real out-and-out centre combination, rather a hodgepodge of utility backs, England’s need for Manu is greater than ever.

Whilst his pressing return does emphasise England’s desperation, it is rather an indication of the man himself.  After such a short return from a horrible hamstring injury, his power and presence have been so sorely missed that any concern of match-readiness is disregarded; as even a partially-fit Manu Tuilagi is far superior to the current selection.

Unfortunately, this is not even a recent dilemma of England’s.  England has always struggled to fill the big man’s void.  Whether it has been with a like-for-like replacement or employing a completely different tactic and playing style, nothing has truly worked, or if so, for an extended period.

Since his debut in 2011, Tuilagi has featured in just a third of all England’s test matches, forcing a constant change of personnel and playing style.  England has played 23 players in the centre, comprising of 49 different combinations.  In a position that demands such consistency with player selection and partnership, it is a truly worrying statistic.

The centre partnership is the fulcrum for team success.  The way a team attacks or defends is largely controlled by those two central men.  Take those of some of the most successful international sides for example; Ma’a Nonu and Conrad Smith; played 62 times together and won back-to-back World Cups.  Will Greenwood and Mike Tindall won the 2003 World Cup together.  Jean de Villiers and Jaque Fourie; played 29 Tests together.  Having an established centre partnership is pivotal for team cohesion.  Allowing players to regularly play together, develops relationships, unifies individual strengths and cements team strategy.

But with such uncertainty surrounding his long-term fitness, is Tuilagi the long-standing solution to England’s midfield problems?

Under Eddie Jones, England has never been able to demonstrate an instinctive and spontaneous attacking style.  They have always been too measured, predictable and ultimately boring in their approach.  Don’t mistake this for the characteristics of an unsuccessful team, however, as his autocratic coaching has too had its benefits; spoiling us with some memorable performances.  Take the semi-final victory over New Zealand – where the present company was actually playing – a pre-meditated display of power, organisation and purpose saw England march to a World Cup final.  Yet, remaining too regimented and loyal to Eddie’s game plan and tactics have far too often provided moments of utter cluelessness, such as that against Scotland in Round 1 of this year’s Six Nations, or even at home against them last year.

Either way, with Tuilagi back in the squad, England’s decision of play-style and game-plan is simple.  Slot him in at 12 or 13 – god forbid he is not wasted on the wing – and the rest of the team will just fit around him. Utilise his colossal power to give England the front-foot ball they have craved.  Then, let the prodigious talent and flair of Marcus Smith run its course. Simple. Right?

While Tuilagi is and always has been the answer to England’s midfield troubles, he is not getting any younger.  Add on top of that his devastating struggles with fitness and availability, and Tuilagi as a long-term solution makes less and less sense.  England’s dependency on him has always been to their own demise.  Whilst new combinations and replacements were being blooded during his absence, they would be immediately disrupted when he was fit to return.  With this occasion also being one of no exceptions, how much longer can England continue to put all their eggs into the Tuilagi basket, hoping and praying that he remains fit for long enough.

However, you just cannot leave out a Manu Tuilagi from your team when he is fit.  Such is the calibre of the man, only he can command such acclaim to be in consideration as a Lions Test starter without having played any games prior to team selection.

The man’s physical presence is undeniable.  His stature alone instils fear in the opposition.  Knowing that 110kg of raw Samoan beef is heading directly down your channel, is a thing of nightmares.  Even in defence, having his formidable figure in your periphery, awaiting the impending relocation of your own spinal column, terrifies attacks into rushing their plays.

Yet, whether Manu Tuilagi is a hindrance or a help to England’s long-term midfield crisis, is a separate issue.  His inclusion is very much about the here and now. Even with the next World Cup just around the corner, the hope that Manu Tuilagi can remain fit for selection in 18 months’ time is irrelevant.  The only thing that matters is now, and the upcoming fixture against Wales.  England needs him, England’s Six Nations chances need him.  For right now, he is the solution. 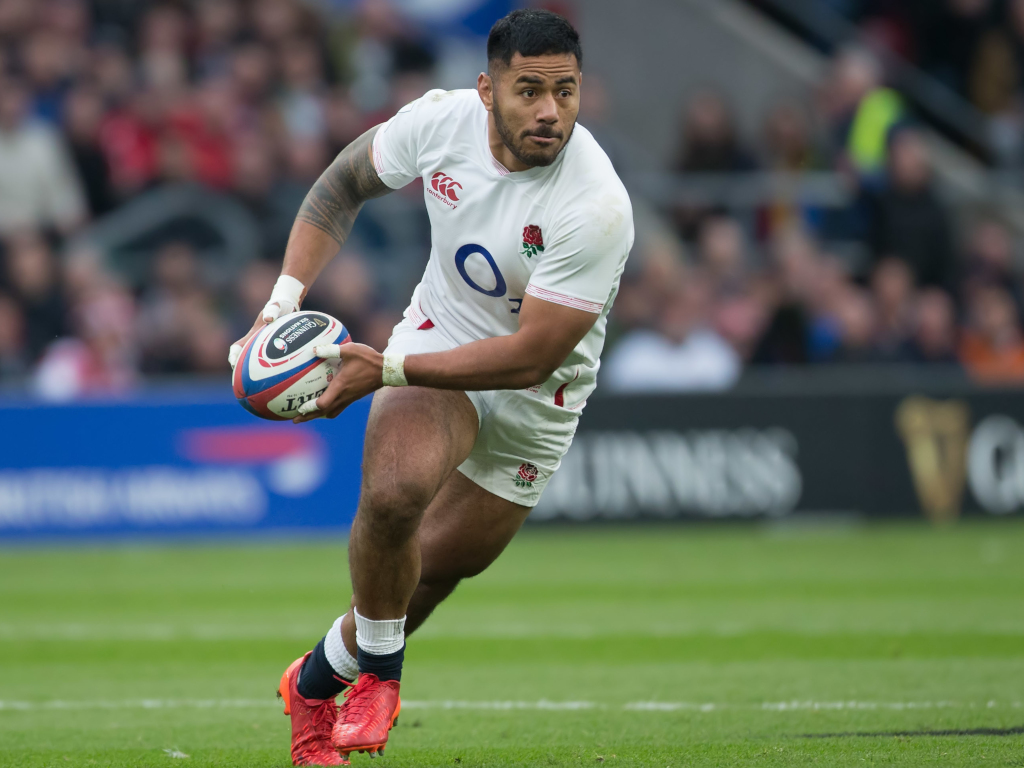