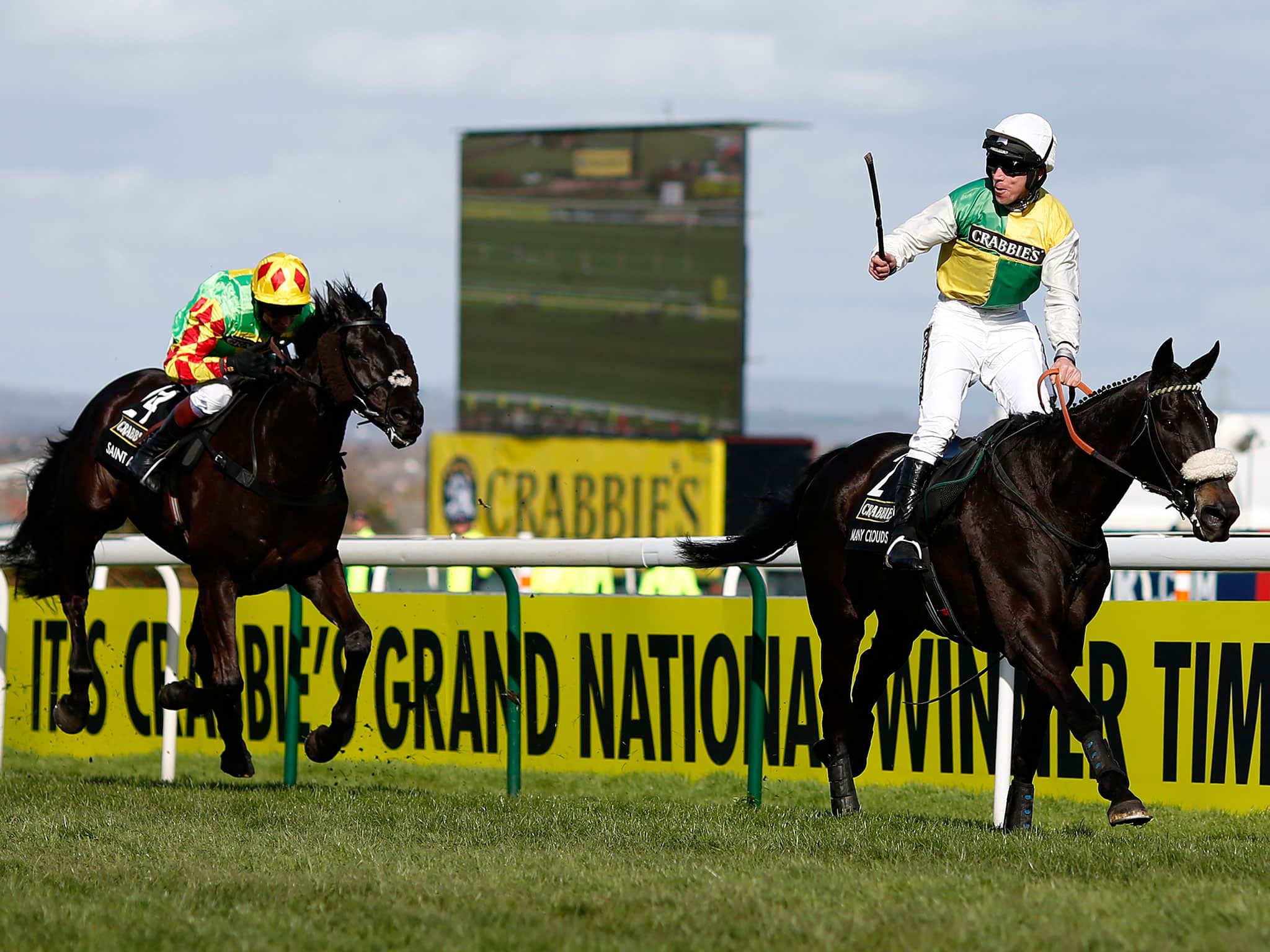 Not all the focus this weekend was on the Cheltenham festival at Kelso, thoughts were on the Grand National next month as last year’s winner Many Clouds had his final prep race in their Premier Chase.

The racecourse executive was widely praised for rescheduling the fixture which was succumb to water-logging last weekend and they were rewarded with some smart entries, Many Clouds had twice made the long journey from trainer Oliver Sherwood’s Lambourn base.

But it made no difference to him as he cruised to his first win since last year’s Aintree marathon in the listed contest, he jumped really well big race jockey Leighton Aspell and fellow national entry Unioniste who was second, a 200/1 shot Carrigdhoun finished third.

The winner was electric, he was a joy to watch and Many Clouds (11/10 favourite) soon put the race to bed and strode clear to score by 10 lengths.

Many Clouds who is owned by Trevor Hemmings and trained by Oliver Sherwood, made the most of running under regular rider Leighton Aspell, he looked in control throughout  the race and his jumping was an especially impressive aspect of the performance.

The bookies were impressed or they are taking no chances after seeing Many Clouds win, they have now installed him as 10/1 win the Grand National at Aintree.

If he does win, he will become the first horse to win back to back nationals since Red Rum back in 1974, that’s how enormous the achivement would be.

“I’m chuffed to bits,” said Sherwood. “It was just what the doctor ordered.

He won’t do a lot for 10 days and then we’ll just build him up. He was pretty fit today.”

Sherwood added: “He jumped well and he’ll be better over fences. I’m looking forward to him jumping fences next season”.

“I’d like to see him on better ground as well, but he travelled well and is going the right way.”

Trained by Oliver Sherwood, Many Clouds carried 11st 9lb to win under Leighton Aspell last year. He has got top weight to carry to this year, 1lb more than last year, but actually its a 5lb rise in the ratings.

Andrew Tulloch of Aintree said: “The 169th renewal of the Grand National is all set to be one of the strongest ever Grand Nationals with no less than 83 of the 126 entries currently in the handicap, having been allotted 10 stone or more.

“It will be fascinating to see if Many Clouds can become the first back-to-back winner since Red Rum 42 years ago, particularly as he is in the unique position of being only set to carry a pound more than when successful in 2015.”

has published a new post."Hashtag Legend"
13 hours ago