Vasyl Lomachenko has obsessed over a chance to get back in the ring with Teofimo Lopez. Ever since he lost the showdown between the two of them for the undisputed lightweight championship of the world, Lomachenko has vowed to get revenge. In fact, he is so preoccupied with avenging his loss, that he chose his next opponent Masayoshi Nakatani, simply because he’d gone the distance with Lopez before. The stated reasoning was that an impressive defeat of Nakatani would show the world that his skills were superior to those of Lopez all along.

The fact is, Vasyl Lomachenko actually lost his bout against Teofimo Lopez; he was not robbed by the judges. Lomachenko was not himself in the first half of the fight. He was shy to throw punches and chose to approach the bout from a defensive standpoint. While he certainly won rounds ten and eleven, Lopez closed the show with an impressive twelfth round. In the post fight interview, Lomachenko stated that he’d won the fight. Now, after he’s had time to reflect, the man known as “The Matrix” concedes it was a draw. That’s a compromise Lopez’s camp is not ready to agree to. The two men remain at odds and they relationship between their camps is anything but amicable.

Whether or not you believe the rumors that Lomachenko’s injury caused him to perform out of character, the fact is he had shoulder surgery in the months leading up to his fight against Nakatani. With the eyes of the world locked in on the Virgin Hotel in Las Vegas, “Loma” knew his reputation hinged on his performance. If he excelled, the public would say he was back; if not, they would say he was already past his prime although he is only 33 years old.

Japan’s Masayoshi Nakatni is four inches taller than the Ukrainian Vasyl Lomachenko, and he has a five inch reach advantage. From the opening bell, Nakatani attempted to capitalize on this by using his left jab to keep Lomachenko outside. However, Loma made it clear he would not allow this strategy to work, using angles to get to the inside and avoid the taller man’s reach. With Nakatani being a southpaw and Lomachenko fighting from a traditional stance, their lead hand was often on the same side. As both men attempted a power punch, their heads collided, causing a gash over Lomachenko’s forehead in round one.

Luckily for Vasyl, the cut was minor and his corner was able to contain it. In rounds two and three, Lomachenko was masterful. Using a triangle stance, he slipped Nakatani’s jabs and attacked with power. In the third round, his combination of a front step shuffle, side step and left jab sent Nakatani to the canvas. This was ruled a slip but one could easily argue that it was a knockdown.

By round four it was obvious to anyone watching that Lomachenko’s quickness was superior to that of his opponent. Because of this Nakatani became hesitant to throw punches. His fear was that an offensive attack would expose him defensively and give Lomachenko even more opportunities to score. By round five, the taller man had resorted to clinching in an effort to slow down the barrage of punches coming his way. It was during an attempted clinch that Lomachenko countered with a well-timed left, right combination. Nakatani got up right before the bell; by now it was obvious he was in for a long night.

By round seven, it appeared that Lomachenko had become almost greedy with his scoring opportunities. Normally known for working his opponents rib cage, Loma resorted to head hunting, almost completely abandoning the body work. Unfortunately for Nakatani, Lomachenko was landing with alarming accuracy. It’s a wonder he was able to stand on his feet.

In round eight, Lomachenko decided to show off his arsenal of punches and finally showed fight fans in Las Vegas the body work he’s become famous for. By the end of the round, Nakatani’s eye was swollen shut and he looked like a beaten man. In round nine, Lomachenko closed the show in style. To the naked eye it looked as if he did not miss a single punch. As Nakatani crumpled to the canvas on one knee, the referee stepped in and stopped the fight. It was a vintage performance by Vasyl Lomachenko and the first stoppage of Nakatani’s career.

Sitting ringside was none other than Teofimo Lopez Sr. In a ringside interview, he confirmed that his son would like to give Vasyl Lomachenko a rematch, however he has a mandatory challenger to take care of first. After that fight, they would love to revisit a match against Loma before moving up another weight class.

While those words are probably music to Lomachenko’s camp’s ears, everyone in the sport of boxing knows there is a high probabilty this does not happen. The entire world waited with baited breath to see Tyson Fury fight Anthony Joshua and that deal came crashing down quicker than it had supposedly come to fruition. The fact is, having as many stars as possible is good for ticket sales and pay-per-view orders even if it isn’t actually good for the sport.

Lomachenko vs. Lopez is a fight everyone would love to see; whether or not it happens is another story altogether. However, the biggest takeaway from tonight’s performance is Vasyl Lomachenko is still an elite fighter. When the best pound for pound performers are mentioned, his name has to be on the list. “The Matrix” is back. Everyone else in the division be ware, Vasyl Lomachenko is a man on a mission. 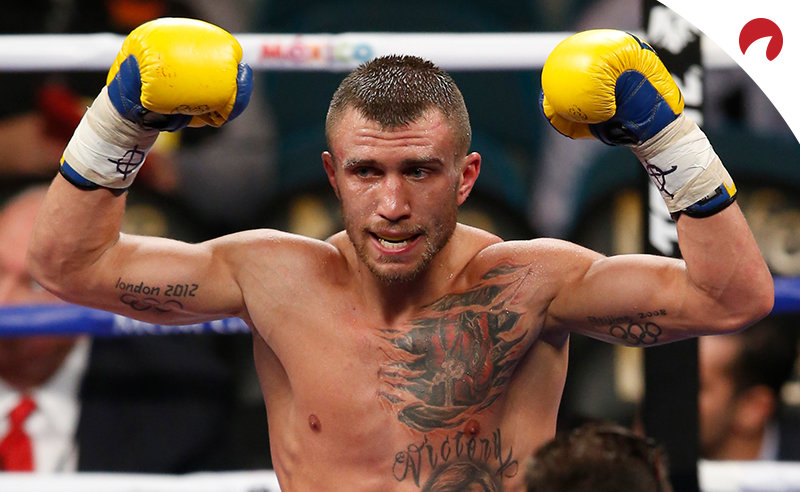