UFC Fight Night featuring Ciryl Gane vs. Alexander Volkov featured an entertaining lineup of fights. Not only was there great mixed martial arts action, there was also plenty of controversy this time around. Without further ado, let’s get into it!

The main event of the evening featured France’s Ciryl Gane vs. Russia’s Alexander Volkov. In round one, both fighters were relatively cautious. Gane is known as an elite striker but it was clear that he was taken aback by Volkov’s 6’7″ height. In order to get a good feel for one another, the two men circled around the octagon and exchanged leg kicks.

In round two, Gane became more aggressive and started throwing some jabs. Although Volkov threw in a few high kicks to stay active, Gane’s forward pressure clearly dominated the round. This theme continued into round three when Gane mixed in body kicks to go with his striking combinations. He eventually caused Volkov to have a nose bleed. These were easily Gane’s best two round of the match.

In round four, Volkov made an effort to catch up on the scorecards. He began circling on the outside, using his height to his advantage and landing a few jabs. With the first round being fairly even, the next two round being dominated by Gane and Volkov’s fourth round pressure, this fight could easily be seen as two rounds apiece after four rounds.

In round five, Volkov went away from his aggressive strategy. This backfired as Gane applied pressure and constantly moved forward throughout the round. Ultimately, Gane was awarded the unanimous decision victory. He was able to cause Volkov to bleed and he was generally the more aggressive fighter throughout the fight. Gane was criticized in his last match for not being more active and fans will still want to see more activity from him if they’re ever going to get excited. Overall it was a solid victory for a heavyweight who is still undefeated and looking to face Francis Ngannou for the title.

Heading into the fight, all the chatter surrounded around Haiti’s Saint Preux’s ability to wrestle men into submission and the Canadian Boser’s short layoff. Boser lost a unanimous decision just three weeks ago but accepted the challenge of a quick turnaround fight anyways.

It was clear from the opening bell that Boser was not intimidated by Saint Preux’s reputation of choking men into submission. This was only Saint Preux’s second bout as a heavyweight after spending the majority of his career in the light heavyweight division. Smaller fighters may have easily succumbed to his power but the biggest men in the sport are able to match him with equal force. Boser was aggressive in round one, dominating with strikes and kicks that kept Saint Preux backpedaling the entire time.

In round two, Saint Preux decided to go to his expertise and wrestle Boser to the mat. There was controversy as Boser appeared to use the cage to pull himself up once Saint Preux established the dominant grappling position. The referee gave Boser a warning but did not deduct a point. Later in the round, Boser put together a nice combination of a high knee followed by three punches which sent Saint Preux sprawling to the mat and forced the referee to stop the fight.

Raoni Barcelos from Brazil and Timur Valiev from Dagestan treated fans to a hotly contested fight. Round one was the least eventful round of the match, as both men were cautious and respectful of the other man’s power.

In round two, Barcelos landed an overhand right that clearly hurt Valiev. Later, he landed an emphatic uppercut that sent Valiev to the mat. Valiev was so severely hurt that it’s a wonder how he survived the round. He staggered to his corner, who quickly poured water on his head to wake him up.

Knowing he was behind on the scorecards, Valiev was a lot more aggressive in round three. He hit Barcelos with a nice combination and added as many scoring calf kicks as he could before the end of the round.

The controversy in this fight can be found with the judges’ decision. One judge scored the fight a draw. The only logical explanation is that Barcelos was awarded a two-point round for his dominance in round two and Valiev was awarded a one-point victory in round one and three. The other two judges scored the fight in favor of Valiev. While I can see the draw being somewhat justified, there is no way I can understand Valiev being given the victory. Round two clearly should’ve been a two-point round for Barcelos. The fact that he was not awarded a larger margin of victory for having an opponent almost out cold on the mat is astonishing. Further more, rounds one and three were relatively close and they were not decidedly in Valiev’s favor.

Although he probably feels robbed, there is a a lesson Barcelos can take away from this fight. Near the end of round two, the referee looked ready to stop the fight but Barcelos ran out of gas. If he had resorted to the ground-and-pound strategy, the referee would’ve been forced to award him the stoppage. Instead, Barcelos cruised for the last thirty seconds of the round and allowed Valiev to regain his senses. Barcelos can never have mercy on an opponent again; this time around it cost him the decision.

Andre Fili put on a striking clinic against fellow American Daniel Pineda in the first round. He used an impressive combination to open up a cut over Pineda’s left eye; another strike sent Pineda sprawling to the mat with under a minute to go in the round. Fili ended the round by showcasing his grappling skills, gaining the dominant position after scoring a takedown.

Early in the second round, Fili accidentally poked Pineda in the eye. The referee summoned the fight doctor to Pineda’s corner. Twice he asked Pineda to tell him how many fingers he was holding up; twice Pineda got it wrong. To his credit, Pineda begged the doctor not to stop the fight and clearly wanted to continue. However, the correct medical decision was made. The fight was stopped early in round two due to an accidental eye poke and ruled a no-contest.

American Tim Means showed off his veteran savvy in a mostly one-sided affair against Denmark’s Nicolas Dalby. Early in round one, both fighters decided to throw caution to the wind and test the other man’s resolve. They exchanged a furious flurry that saw Dalby retreat when he realized he could not intimidate Means. Eventually, Means was able to score a takedown and later sent Dalby to the mat with a right cross followed by a left hook.

Round two was once again dominated by Means, with the most significant moment coming via a high kick that landed on Dalby’s head. Knowing he was behind on the scorecards, Dalby decided to come out swinging to start round three. He landed a nice overhand right at the beginning of the round but that would be his last highlight. Means would go on to pin him to the cage to negate his striking and cruise to victory for the remainder of the round. For his efforts, Tim Means was awarded a well-deserved unanimous decision victory.

Renato Moicano from Brazil was able to show off his entire repertoire of moves against England’s Jai Herbert. In round one, Moicano scored two very quick takedowns. Although Herbert was able to fight his way out of them both, the psychological damage was clearly done. He did not look confident for the remainder of the round. Eventually, Moicano scored a third takedown and it became increasingly clear who the better prepared fighter was.

In round two, Moicano decided not to leave any doubt. After scoring an early takedown, he proceeded to ground-and-pound Herbert until his strength was all but gone. After beating the life out of him, Moicano put Herbert in a chokehold which forced him to tap out. This was an impressive win by submission for Moicano. It was the type of fight that will elevate him in the divisional ranking and make him a fighter to keep an eye on for the near future.

While the fighters deserve a round of applause for laying it all on the line, the biggest takeaway for any young athlete who watched this event comes from the Barcelos vs. Valiev match. Barcelos thought he had the fight won and tried to cruise to victory. In the end, that strategy backfired. If you’re in the heat of competition, never take it easy on your opponent. Legendary New York Yankees manager, Yogi Berra once said “It ain’t over till it’s over.” Truer words have never been spoken.

UFC will take a well-deserved break from competition next week; the organization has provided a ton of quality entertainment as of late. On July 10th, the organization returns with a blockbuster fight, Poirier vs. McGregor 3. As always stay tuned for the latest UFC updates right here at World In Sport! 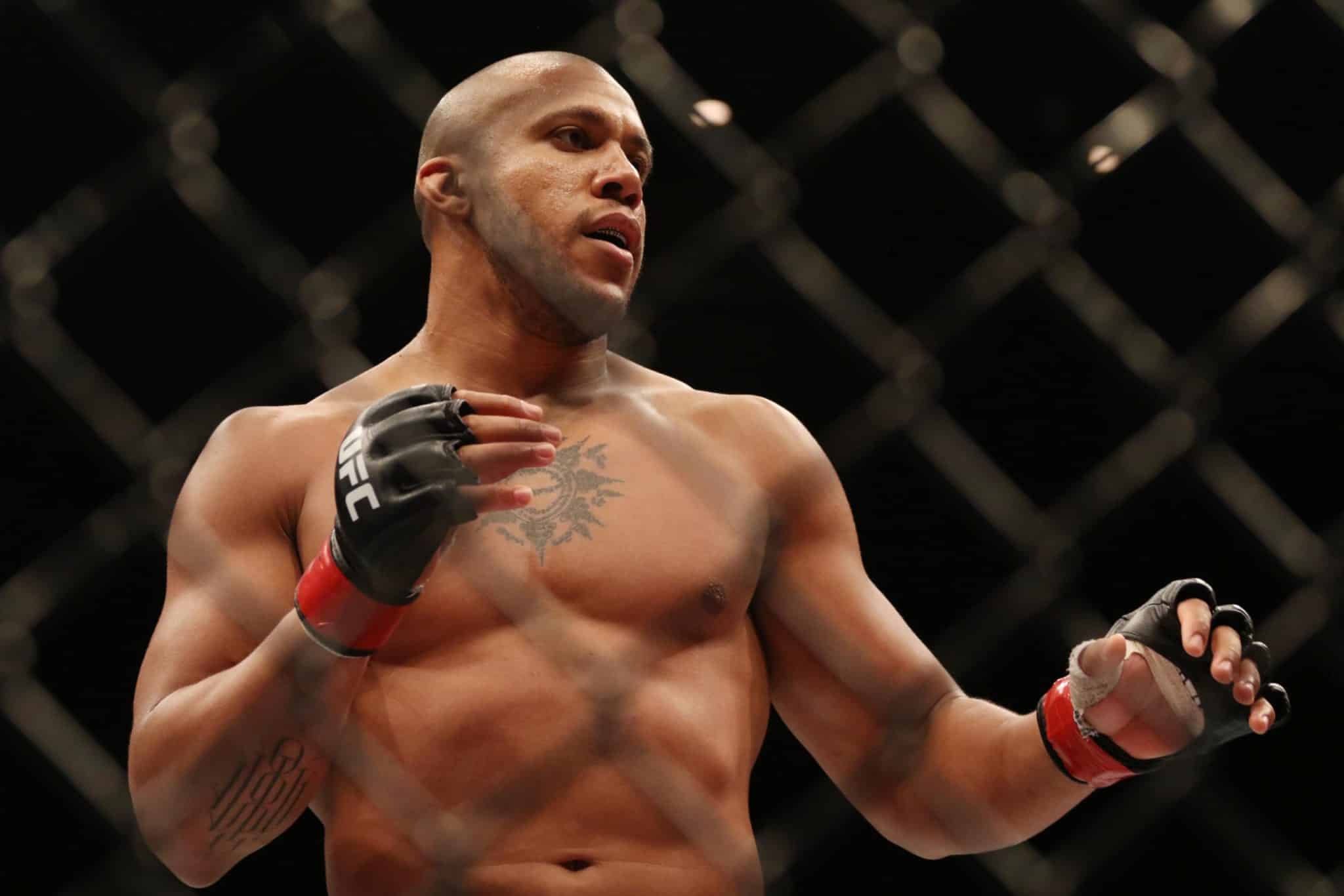