In what was a fairly easy outing for Jermall Charlo, he retains his WBC World Middleweight Championship against Juan Macias Montiel. With him having his Showtime network deal it’s always been difficult to find him big fights at Middleweight, but he’s in desperate need of one if he is to be considered amongst the best at 160 lbs.

This fight largely came across as a stay busy fight, with Charlo not having fought since September 2020 so he needed an outing before the bigger fights were discussed.

Montiel likely got the nod for the fight, having knocked out a James Kirkland who was on the comeback trail in the first round.

The difference in class was evident. Jermall Charlo, as well as his twin Jermell Charlo, have always been known for their fundamental soundness, streets ahead of most in their position. Mixed in with their athleticism, it’s always been difficult nailing a game plan to beat them.

The early rounds all went to Charlo, working well behind the jab and throwing rights in when needed, splitting the guard of Montiel constantly. Montiel, having a 100% knockout percentage for his wins, likely couldn’t deal with the fundamental soundness of Charlo.

Early in the sixth, Charlo turned the gas on. Throwing left and right hooks, he stumbles Montiel, retreating him to the ropes. He goes in for the finish but Montiel contains himself and survives the round but took a lot of damage.

Again, right at the end of the round, Charlo stuns Montiel with an uppercut but doesn’t have enough time to finish him off. This could be scored a 10-8 in Charlo’s favour, despite no knockdown. Montiel barely threw a punch in the round.

As the middle rounds came to a close, Charlo was in cruise control, treating the bout as a sparring session. Montiel was out of his depth and likely still hurt from the sixth-round onslaught.

Other than a flush uppercut in the eight, Montiel couldn’t get anything going and failed to capitalise on a slightly hurt Charlo. With the punch though, Montiel won his first round of the fight in my books.

Charlo was keeping Montiel from advancing well, countering when he came in and sending punches to the body to stop him in his tracks.

Now in the championship rounds, Charlo was making it a bit of a firefight, wanting to put on a show for the fans.

Montiel though loves that type of fight, winning the 11th but failing to capitalise to any extent.

Charlo calmed himself in the twelfth and saw out the round, winning by wide unanimous decision.

The biggest name he could potentially fight would be Gennadiy Golovkin. He is supposedly scheduled to fight Ryota Murata on 28th December and at 39 years old and likely only having a few more high-level fights in him, this would be a great fight for Charlo. The fight has been rumoured about before but with Golovkin signed to DAZN and Charlo with Showtime, it’s always been difficult to make the fight with the way boxing politics are. This fight though would legitimise Charlo at 160 lbs if he is to win which is no easy task even with Golovkin being 39.

Demetrius ‘Boo Boo’ Andrade would also be a great fight and for the hardcore fans, this would legitimise whoever wins as a top dog at Middleweight. Recently coming off his win over Liam Williams, both fighters are likely looking for a big fight later in the year and Andrade vs Charlo would definitely draw in the hardcores and perhaps some casuals with the right marketing and not to mention, the fight has been rumoured before. Both have struggled to find a big fight at 160 lbs so this would be a great fight to make for both parties. 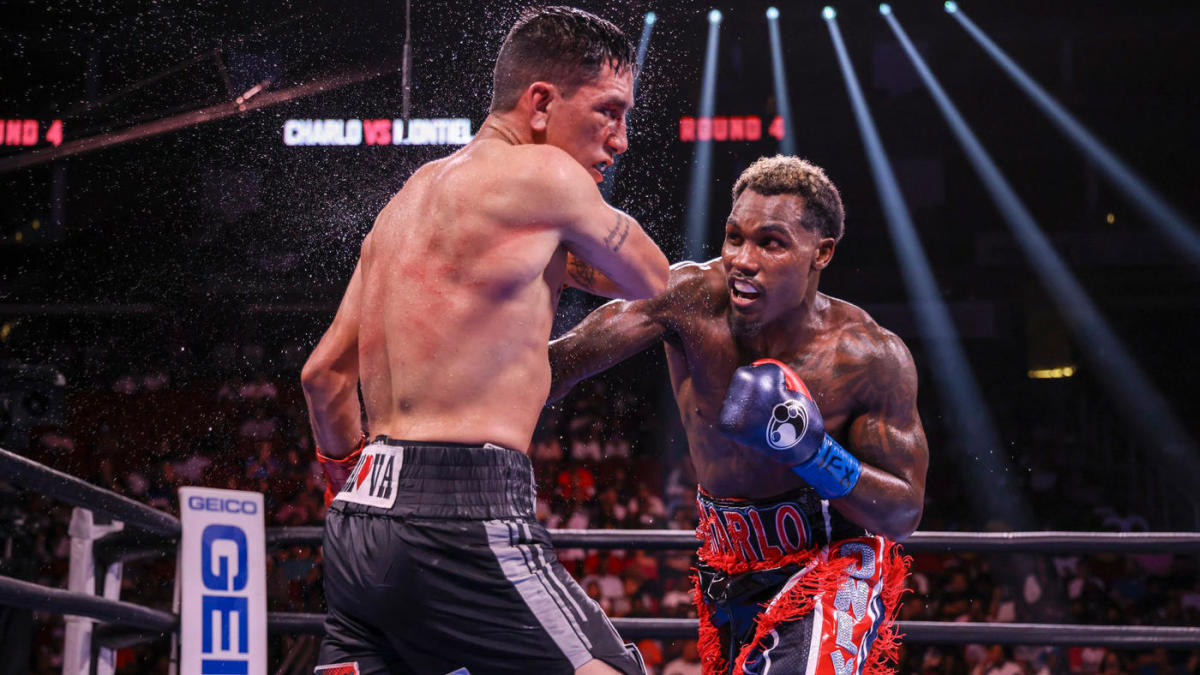