From when Crofty had said lights out until the chequered flag was waved, every fan experienced a wave of emotions and feelings today as Max Verstappen became a Formula 1 World Champion against all odds and as he crossed the line he’d sent Holland into raptures.

At the beginning of the race out of Turn 1 the leads had changed hands and Hamilton saw himself into the lead with leaving Verstappen in the dust. As they battled their way through on lap 1 in Turn 6, Verstappen sawed down the inside of Hamilton which saw him push Hamilton off-track and remain in second. Red Bull had congested the stewards decision of letting Hamilton stay in the lead however, no outcome had changed.

Meanwhile, we could see Sergio Perez starting to break away from the rest of the pack allowing him to play a part in this title fight in hope to help his teammate out.

Things took a sudden turn as Verstappen’s soft tyres were going off which essentially forced him to box for the hard tyres on Lap 14, fortunately Red Bull had gotten ahead of Bottas slotting them into 4th behind Carlos Sainz.

On Lap 15, Mercedes decided to cover off the undercut and pit Hamilton for the hard tyre as well, even though he was on the medium tyres they couldn’t afford the risk of Max getting ahead of them so they decided to Box.

Red Bull had decided to leave Sergio Perez out and see what he could do to fend off Hamilton to allow Max to catch up and gain time. Checo had perfected Red Bull’s plan in trying to slow down Hamilton as Verstappen was able to gain around 8 seconds just due to his defence which allowed Max to reel in on Lewis.

However, another turn was made as the Red Bull just didn’t have the pace to keep up with Hamilton and a life line was given on Lap 36, when the Virtual Safety Car was deployed which allowed Verstappen to pit on to new, fresh hard tyres and see him have hope in catching up to Hamilton.

Hamilton decided not to box as Mercedes wanted track position and with just 19 laps to go it seemed comfortable for Mercedes to see out the Championship seeing as they had a 18 second gap.

The race looked out and over for Verstappen, but on Lap 53, the Williams of Nicholas Latifi had a crash into the last couple corners which saw the Safety Car be brought out.

Seeing as Red Bull were already 2nd and 3rd they decided to pit both cars on to used soft tyres which would be far quicker than Hamilton’s old hard’s.

The only issue now being that Hamilton and Verstappen were separated by six back markers and with 1 racing lap to go Max most likely wouldn’t be able to get around all of them and get past Hamilton. Yet, to all our confusions after the FIA had announced that they wouldn’t be letting the lapped cars go past the Safety Car, they ended up changing their mind and letting them past just before which saw Max right on Hamilton’s tail.

A last lap sprint in the race saw Verstappen pounce on Hamilton straight away and take the lead by diving down the inside, down each and every corner and straight they were fighting, Hamilton caught up to Max by slipstream but at the end of the corner Max had far more grip which then saw him cruise to the Chequered Flag and become a Formula 1 World Champion.

As well as becoming a F1 World Champion he also make more History in achieving the most podiums in a Formula 1 season with 18. It’s hard to say if this achievement will ever be broken but nevertheless it is a stunning achievement for the 24 year old and a dramatic end to this dramatic, stunning season.

Let us know your thoughts on the Championship and the decisions that were made down below in the comment section! 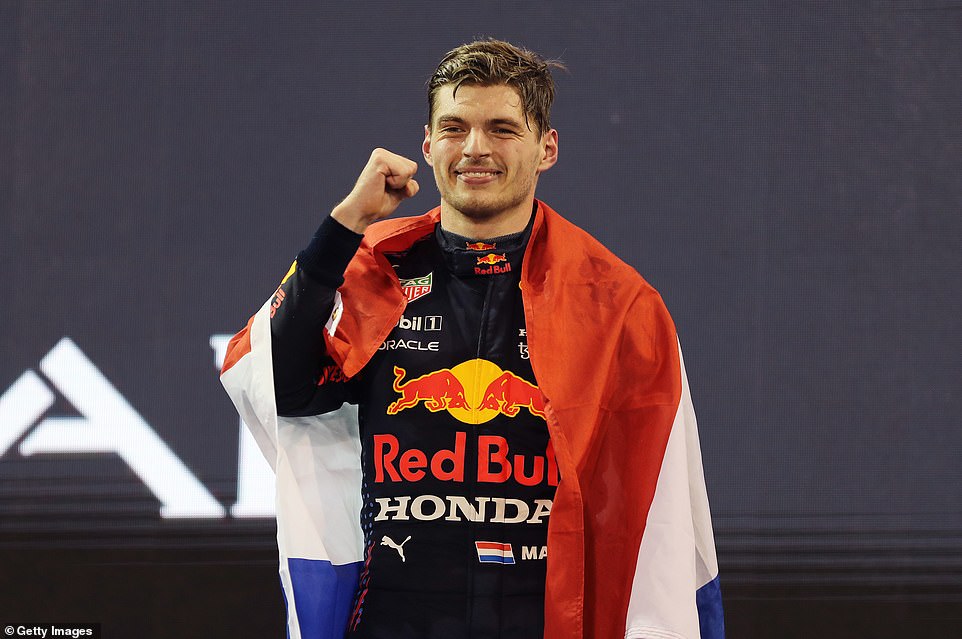