Conor “The Destroyer” Benn knocked out Chris Algieri in devastating fashion last night in his most impressive performance up to date.

The man from Essex moves to 20-0 with 13 KOs and his promoter Eddie Hearn believes he is two bouts away from fighting for a world title.

“It’s all down to Tony you know and Conor if wants to go for a world title and it’s there I’m in, but I just feel he’s that special of a fighter, he’s still improving all the time that if we can give him two he will be ready”

On paper, Algieri was seen as a step up in opposition for Benn, but The Destroyer made easy work of the American and in his post-fight interview he expressed his desire to fight better opponents and prove his worth.

“When I say I’m top 5, I’m top 5 for a reason, no-one ain’t done that to Algieri, no-one beat Granados as easy as I did, no-one knocked out Vargas in one round, and I beat up Formella better than Porter, so it’s like what more do I have to do?”

“I hope the yanks now know that number one, I’m the best fighter in Britain. And number two, I’m coming for them.”

The 25-year-old is speculated to fight former WBA welterweight champion Adrien Broner next or the winner of Amir Khan and Kell Brook.

If he does fight Khan, Hearn is confident that Benn will produce another emphatic victory.

Time will tell who The Destroyer fights next and if he will become a world champion in 2022. However, Benn has certainly improved a lot as a fighter, and according to his father Nigel Benn, he is no longer in his shadow.

“This is the fight where Conor made his own path. He’s not in my shadow no more.”

Conor Benn vs Chris Algieri – As It Happened

In round 1, Benn started on the front foot by coming forward, being patient, and using his jab. The Destroyer started to target Algieri’s body straight away by throwing vicious hooks.

Algieri seemed to feel the body shots from Benn but continued to dance around the ring and throw the occasional jab and right hand.

Round 2 began to heat up and Benn caught Algieri with a left hook on the back of the head that sent the American rolling across the canvas and into the ropes.

Algieri lost balance and tripped over his own feet which allowed The Destroyer to score his first knockdown. The American did not seem hurt, yet it was still a scoring shot by Benn to claim a 10-8 round.

The man from New York got up and finished the round by landing a decent left hook on Benn and a short right hand.

Round 3 began and Benn started to throw more punches while showing fantastic head movement to slip and roll Algieri’s shots.

The Destroyer was able to break the American’s guard with several straight right hands and left hooks.

Nonetheless, Algieri was able to land the odd counter punch to the head and body which prevented Benn from overwhelming him.

In the fourth and final round, everything came together for Benn as he started to put more pressure on the American.

The Destroyer got closer to Algieri and started to work more on the inside by unleashing more brutal body shots and bullying the American against the ropes.

Algieri responded by taking the centre of the ring and trying to dictate the fight with his jabs, yet they were being skillfully evaded by Benn.

With less than 20 seconds to go, The Destroyer connected with a ferocious 1-2 combination that sent Algieri lifelessly down to the canvas to claim a phenomenal knockout victory.

Benn celebrated by passionately proclaiming his victory before his legendary father came into the ring to congratulate him.

Overall, an outstanding breakthrough performance against an experienced opponent who was previously a world champion and faced the likes of Manny Pacquiao, Errol Spence, and Amir Khan.

Benn joins Spence as only the second fighter to knock Algieri out, and The Destroyer got the job done even faster. 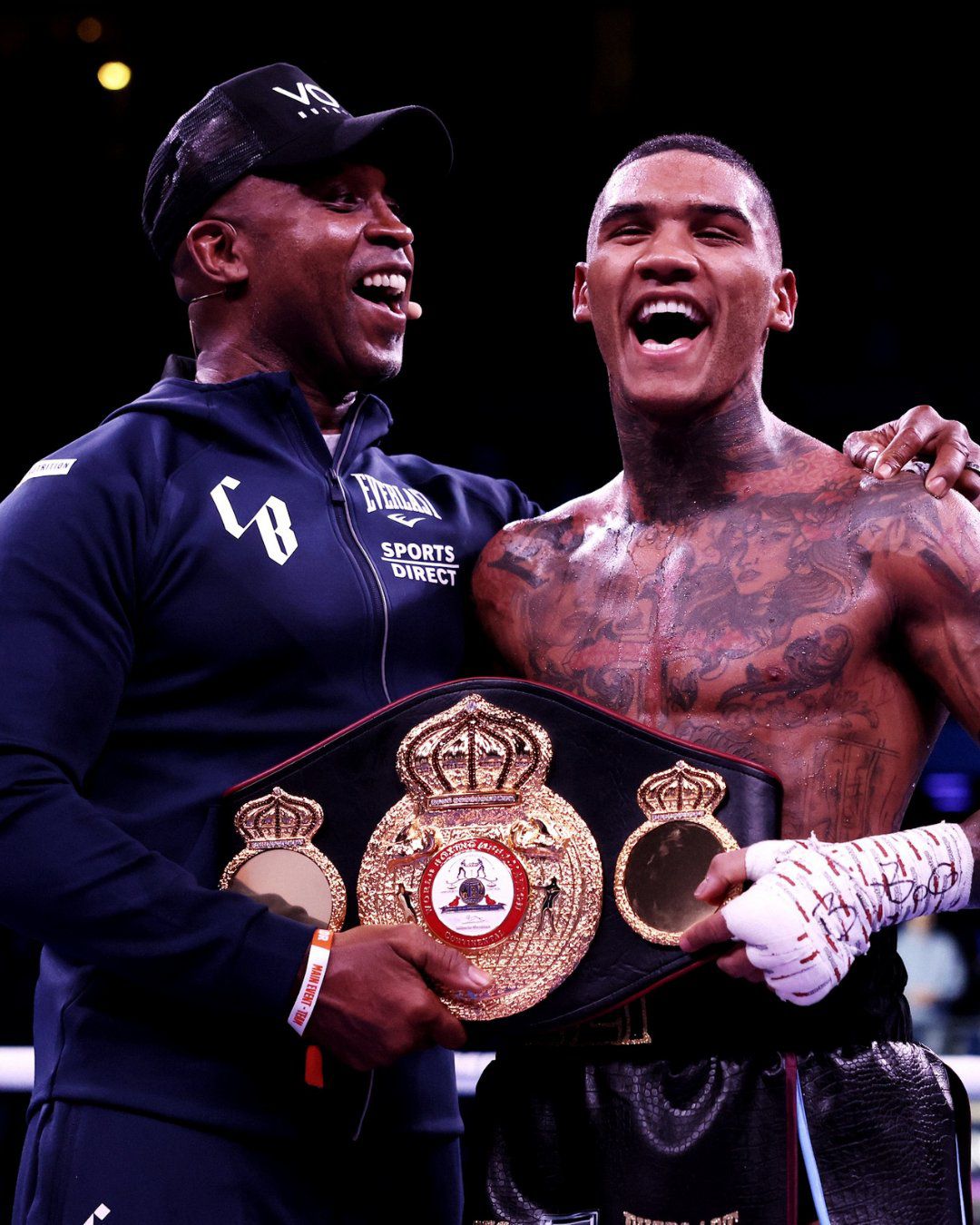