Cleveland Browns quarterback Baker Mayfield told Fox Sports on Thursday that he suffered a tuberosity fracture in his left shoulder, in addition to the torn labrum.

Mayfield added that the fracture in the non-throwing shoulder is “preventing his rotator cuff from firing.”

“I need that fracture to heal for me to get back out there,” Mayfield said shortly before Cleveland’s Thursday night kickoff against the Denver Broncos. He added that he’s hoping to return for Cleveland’s game against the Steelers on Oct. 31.

Mayfield suffered the torn labrum in Week 2, but he aggravated the injury in Sunday’s loss to Arizona. After Cardinals defensive end J.J. Watt drove Mayfield’s left shoulder into the turf, Mayfield stayed down for several minutes before coming back in to finish the game.

ALSO READ:  Is the Super Bowl Really the Biggest Sporting Event in the World?
Embed from Getty Images

Mayfield practiced Tuesday and vowed to play against Denver. But he was ruled out on Wednesday, and backup Case Keenum was announced as the starter.

“If I am not able to … be 100 percent, that is where I would be out,” Mayfield said before Tuesday’s practice. “I have to make that decision. Only I know how my body feels. If anyone questions whether I’m hindering the team and going out there injured, that’s just not right. It’s my decision. I get to say whether I am able to play or not, and that’s just how it is.”

The Browns went on to beat the Broncos 17-14 which took them to 4-3 on the season. Keenum had a solid game throwing for 199 yards and 1 touchdown.

The Browns will certainly be hoping Mayfield can play a part in their week 8 matchup against the Steelers. Both running back Kareem Hunt and rookie linebacker Jeremiah Owusu-Koramoah have been officially placed on the injury reserve list.

If the Steelers are able to go into Week 8 and beat the Browns, it won’t just improve their record to 4-3, but would catapult them above Cleveland in the AFC North standings.

With surgery seeming likely down the line, it will probably be a season-long pain-management issue the 26-year-old signal-caller will have to deal with. 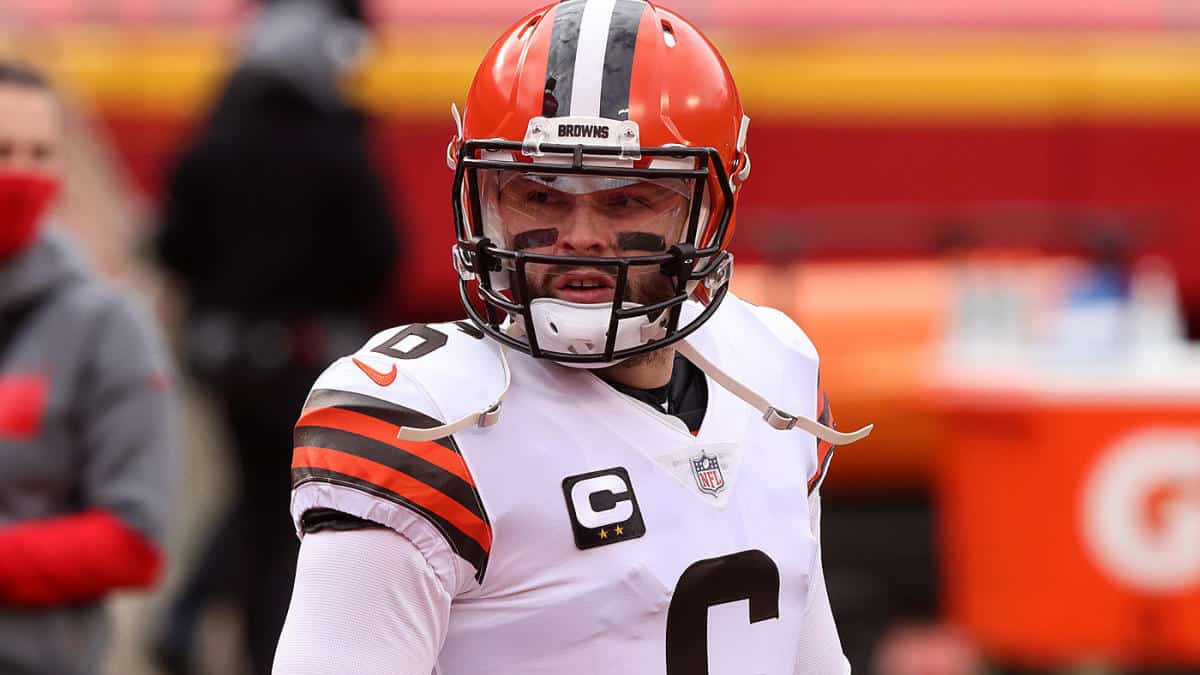