The Memphis Grizzlies are nestled in fourth place in the Western Conference standings but on an early December night, they played like world champions with a historic performance against Oklahoma City. The stage was set from the tip-off when Memphis scored the first bucket off of a Jaren Jackson Jr. bunny only 21 seconds into the contest.

After the first quarter, the Grizzlies had secured a 31-16 lead but the worst was yet to come for the beleaguered Thunder. That lead would swell to 72-36 at the half and the carnage was just beginning. The third quarter would see Memphis outscore Oklahoma City, 41-26, but the final frame was when the Memphis Grizzlies saved their best for last. The Grizzlies continued their relentless assault and showed no mercy, expanding their lead by 22 points in the fourth quarter.

When the dust settled and the smoke cleared, the Grizzlies set an NBA record for the most lopsided victory in league history and a franchise record for points in a single game, courtesy of an astounding 152-79 win over the Thunder, a 73-point margin of victory. It was an epic performance by an up-and-coming team that has done more winning than losing this year and is averaging 111 points per game, making them one of the highest-scoring teams this season.

The oddsmakers at all of the best online sportsbooks had the Grizzlies as 9 ½ point home favourites in this matchup but it became clear that those who had faith in Memphis would not be sweating their NBA picks, or at least this one, on this night. In fact, the Grizzlies have been treating their backers right at the betting windows this season by covering the spread in 15 of 24 contests thus far, a cover rate of 62 ½ per cent.

In most NBA games the starting five gets the lion’s share of the minutes and the first three off the bench will get their chance to give the starters a breather. Rare is it when 12 players get an opportunity for valuable minutes but that’s exactly what happened on December 2nd, 2021 when the Grizzlies etched their name in the history books.

Jaren Jackson Jr. had the first points of the game and ended with the most. But with all of those points scored, one might be led to believe that Jackson had a 40- or 50-point night as the leading scorer. However, that wouldn’t be accurate as this was the epitome of a team effort with Jackson delivering a solid 27-point performance over just 20 minutes, while a stunning eight other players would score in double digits and everyone in a Grizzlies uniform got at least 14 minutes of playing time.

It was time for the scrubs to shine and shine they did! Backup point guard, De’Anthony Melton, scored 19 points off the bench and had this to say, “Man, it feels great. It feels great to be in the history books, especially in front of our home crowd. And we did it one through fifteen. Everybody contributed, everybody played hard and we all got to get in the game. So, it’s always a blessing.”

The opposite side of the court was understandably embarrassed by their lacklustre performance and Oklahoma City head coach, Mark Daigneault, put it in visceral terms, “When you compete, you have exposure to the highs and lows of competition. And competition comes with great joy, and it also comes with grief and frustration, and anger. And when you step in that ring, that’s what you expose yourself to is all of those things. It’s why the joy feels so good because when you get punched and you taste your own blood, it doesn’t feel right.”

The record had stood for nearly 30 years when the Cleveland Cavaliers came out guns blazing on December 17th, 1991 to the tune of a 148-80 thrashing of the Miami Heat. Not surprisingly, the Grizzlies also set a franchise record for field goal percentage as they drained 62 ½ per cent of their shots.

Overlooked in all of the hysteria was the absence of the Grizzlies’ top player, Ja Morant, who has been sidelined with a knee injury he suffered in a November 26th blowout loss to the Atlanta Hawks. But Morant was beyond proud of his teammates and tweeted, “damn i can’t wait to get back out there…great team win tho gang”

Memphis is in the midst of a five-game winning streak as they welcome the Dallas Mavericks in a Wednesday night contest at the FedEx Forum and could be a dark horse in the Western Conference. But on one night earlier this month, they reigned supreme and will forever be remembered in the history books. 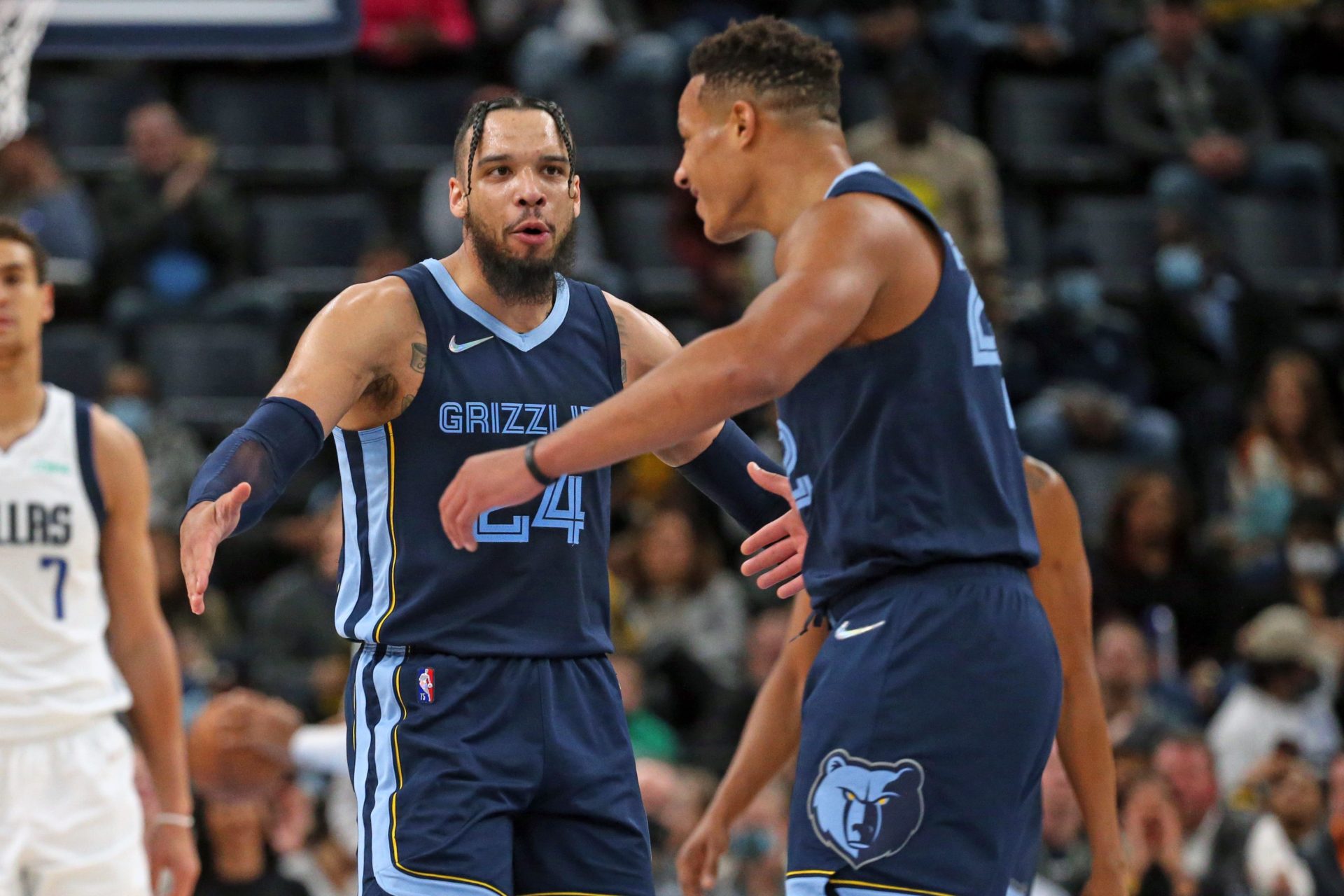