According to Top Rank promoter Bob Arum, Canelo and his trainer Eddie Reynoso fancy moving up a weight division to challenge the Russian with a hundred percent knockout ratio.

“I know Canelo pretty well since he was a young man, he has expressed to me about fighting Beterbiev or Joe Smith Jr. I would look forward to May or September, the two dates that Canelo likes to fight, that he would fight one of those light-heavyweights.”

It was only recently where Alvarez seemed keen to move up to the cruiserweight division and face Ilunga Makabu to become a five-weight world champion.

However, Canelo may be having second thoughts on facing Makabu, and beating Beterbiev could be a more impressive victory for his legacy.

Beterbiev was an outstanding amateur boxer who won a gold medal at the 2009 world championships and reached the quarter-finals of the 2012 Olympics as a heavyweight.

Since turning professional, the hard-hitting Russian has dominated the light-heavyweight division and has beaten the likes of Oleksandr Gvozdyk, who was previously undefeated.

Beterbiev currently holds the IBF and WBC world titles and is set to defend his belts against Marcus Browne on Friday 17th December in Montreal. A win would boost the Russian’s resume to 17-0 and a fight against Canelo could be on the cards.

Arum believes this would be a true 50-50 fight.

“Canelo is a risk-taker and that makes him so popular. It would be a massive fight because the betting action would go both ways. Some will say Beterbiev is too big and powerful. Others will say Canelo is special and can handle everybody. It is one of the biggest fights in boxing.”

Still, before negotiations can take place, Beterbiev must get through Browne who has only lost once in his career, and with 16 KOs out of 24 wins, he has knockout power of his own.

Not to mention, Browne has never been knocked out as a professional so it will be interesting to see if Beterbiev can become the first man to claim this feat.

Does Canelo Want To Become Undisputed At Light-Heavyweight?

The pound-for-pound superstar also mentioned Joe Smith Jr as a potential opponent, who is scheduled to defend his WBO title against Callum Johnson on January 15th, 2022.

If the American comes through, this could throw him into the mix to fight Alvarez as well. But according to Frank Warren, Anthony Yarde will become mandatory to the winner of Smith-Johnson.

Therefore, this obstacle may indicate that a bout between Smith Jr and Canelo won’t happen anytime soon. Both boxers would have to win their next two fights and then a bout could be set up for late 2022 or mid-2023.

Regardless, Alvarez’s desire to fight both light-heavyweight champions implies that he wants to become undisputed at 175 as well as 168.

Such an achievement would undoubtedly propel Canelo even higher up the hall of fame rankings and some would consider him as one of the greatest fighters of all time.

Canelo is no stranger to the light-heavyweight division and previously won a world title at the weight by knocking out Sergey Kovalev in 2019.

Nonetheless, Canelo’s next fight is unconfirmed and it is intriguing to see who the Mexican superstar will face.

Will he challenge Beterbiev? Or will he revert to his original plan of moving up to cruiserweight to face Makabu? Alvarez is the face of boxing and anything is possible in his thrilling career. 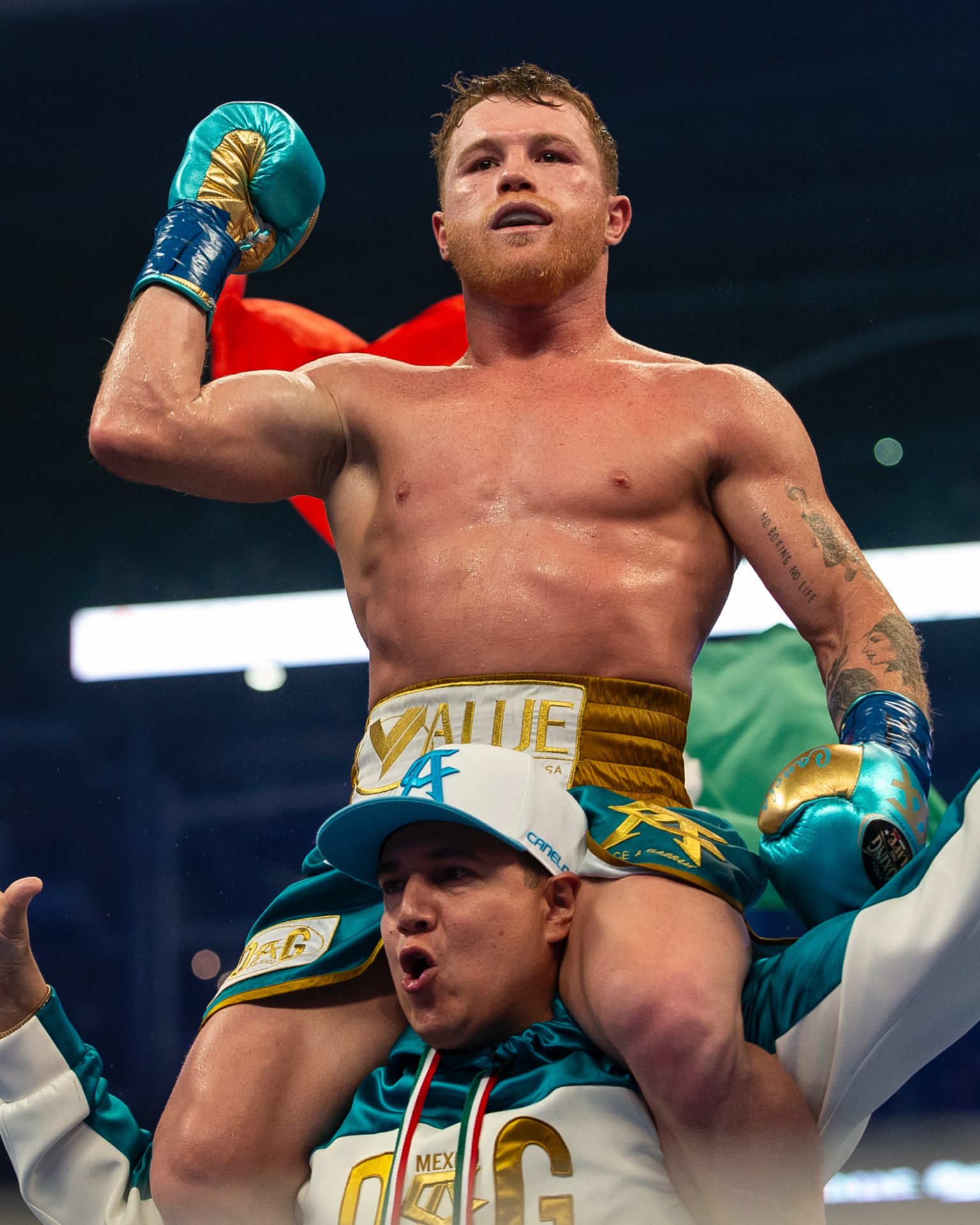