With just over four minutes left in the game, the Miami Dolphins connect on a 22-yard field goal to tie the score at 16 all. No one was ready for what this final four minutes had in store. Miami came into the game in control of the final playoff, with the Raiders on the outside of the picture. Vegas needed to win out and get help in order to make it, The Fins controlled their own destiny. The narrative was set.

The score was 16-16 with four minutes left when the Raiders took over at their own 15-yard line. Then it happened! Derek Carr threw a strike Nelson Agholor. Agholor hauled it in, put on the moves and 85 yards later was in the end zone for a score and 22-16 Raiders’ lead. Agholor definitely got away with offensive pass interference on the play, but the refs didn’t call it, therefore the score stood. Vegas missed the extra point, so their lead remained at six points.

Little did we know this was only the start. The Dolphins got the ball back with a little over three and a half minutes left and wasted no time. A couple of short passes led to the third play of the drive when Ryan Fitzpatrick completed another pass to Myles Gaskin. It looked like it had the makings of another seven to ten yard gain when Gaskin changed direction and turned on the jets. Gaskin manoeuvred his way into a 59-yard score. The extra point was good, giving the Dolphins a one-point lead with less than three minutes to play.

The Raiders weren’t finished though, or at least the refs weren’t finished for the Raiders yet. On the next drive, a 49-yard pass interference penalty was called on the Fins’ Byron Jones, setting up Vegas on the Miami 22 yard line. The penalty could easily not have been called, and shouldn’t have been considering the last one was missed, but karma would soon offset the poor officiating.

After the PI, Las Vegas took the ball down to the one-yard, opting not to score the touchdown and run out the clock instead. They took the clock down to 18 seconds and kicked what they thought would be the game-winning field goal.

They could not have been more wrong.

Fitz-Magic worked his wonders after the touchback and immediately threw a 41-yard strike to Mack Hollins, setting up the Dolphins in field goal range. A play later, Jason Sanders kicked a 44-yard field goal, as the Dolphins comeback for a thriller in Vegas.

The Dolphins emerge victorious over the Raider, 26-25, after a crazy final four minutes

Tom Brady threw for 348 yards and four touchdowns in the first half, as the Bucs onslaught the Lions from the very first drive. Blaine Gabbert took over after halftime, with Tampa Bay leading 35-0, and added another 143 yards and two scores. The Bucs passing attack threw for almost 500 yards, and the Tampa offense piled up over 600 total.

The Lions never stood a chance as the Buccaneers clinch a playoff berth for the first time since 2007.

Buccaneers wash away the Lions, 47-7

Jeff Wilson Jr gains 204 all purpose yards and scores a touchdown, as the 49ers play the spoiler role for the Cardinals. The San Fran run game totaled 227 yards on the ground, helping the 49ers control the clock on their scoring drives.

CJ Beathard managed the game well for San Fran, as he threw for 182 yards and three scores. Wilson hauled in one of the touchdowns, while fullback Kyle Juszczyk gathered the other two. George Kittle led all receivers in his return with four receptions for 92 yards.

San Francisco’s defense swarmed all day, coming up with several key series in the second half. The 49ers’ D set the tone for the rest of the game on Arizona’s first possession of the third quarter. A sack and a couple of stuffs led to the Cards punting on fourth and 21.  Juszczyk’s first touchdown on the next series put the 49ers ahead for good.

Four of the final five drives for Arizona ended in disappointment at the hands of the Niner’s D. Two turnovers and two short drives resulting in a turnover on downs, showed just how dominant the 49ers defense could be, even against an offense as dynamic as the Cardinals. Fred Warner came up with a strip, and Ahkello Witherspoon came up with a clutch interception, cutting short a ten-play 61-yard drive.

The loss does significant damage to the Cardinals playoff hopes, as a Bears’ win today would put them on the outside looking in for the first time this season.

Alvin Kamara ran wild, tying an NFL record, as the Saints dismantle the Vikings to stay alive for the top seed. With the loss, Minnesota’s playoff hopes come to an end. Kamara put on a historic effort, scoring six touchdowns in one game to match the record held by Ernie Nevers, Gayle Sayers and Dub Jones. Kamara also added 172 all-purpose yards.

Kamara wasn’t the only Saints’ rusher to enjoy a good game, as the team combined for 264 rushing yards. Latavius Murray ran for 72 yards and Taysom Hill added New Orleans’ only other touchdown, in contribution to the ground game.

Drew Brees threw for 311 yards through the air, to push the Saints over 550 total yards of offense for the game. Brees spread the ball out between nine different targets, as Emmanuel Sanders led the team with four receptions for 83 yards. Brees became the first player in NFL history to throw for over 80,000 yards, on this historic Christmas afternoon outing.

The Vikings threatened to make this a game several times through the first three quarters. At the end of the third and beginning of the fourth, however, New Orleans put up 14 unanswered points, right after Minnesota cut their lead to four. The first drive was capped off with Kamara’s fifth touchdown, with Hill’s touchdown on the following drive. With a 45-27, there was no looking back for the rest of the game.

The Saints stampeded the Vikings, 52-33, as Alvin Kamara and Drew Brees run into the history books 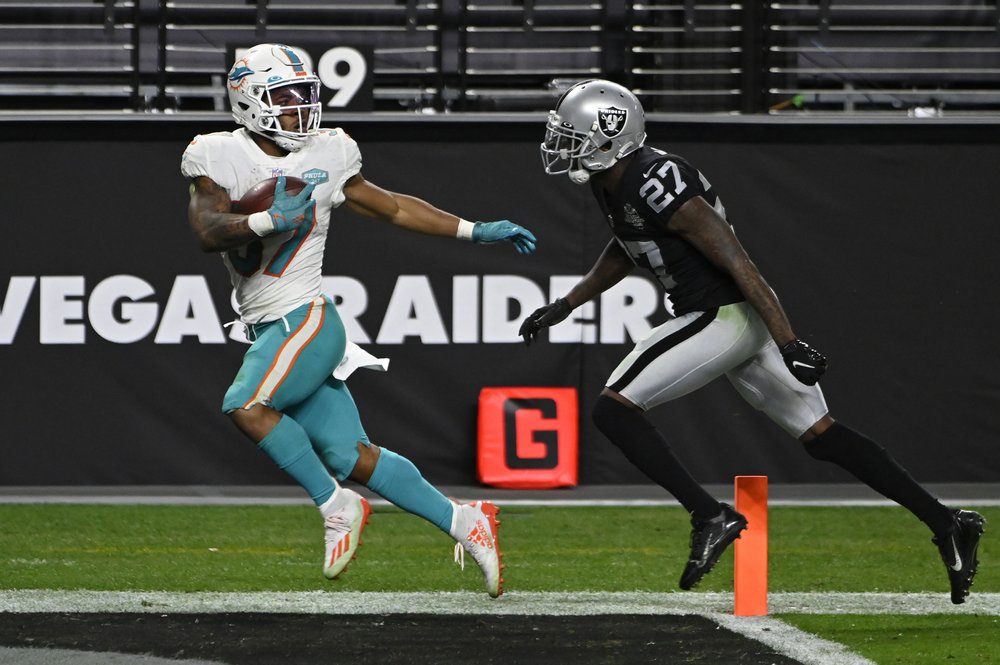