49 matches and a batting average of 35 in Tests, These are Ravindra Jadeja’s numbers. 13 matches and a batting average of 39 with hundreds in Australia and England, these are Rishabh Pant’s numbers. And then we have Hanuma Vihari with 10 Test matches and an average of just 33. The fact that Rishabh Pant and Ravindra Jadeja were left out of the squad for Hanuma Vihari in the First Test and the fact that Vihari still finds a spot in the team for the second test while KL Rahul warms the bench raises questions about his role in the team.

On the second day of the second test between India and Australia, Vihari, batting at No.5, forged an important 50-run stand with Ajinkya Rahane but when it was time to build the innings further he departed yet again at just 21 runs which made it a third consecutive sub-par score in a series where every run is valuable. What followed Vihari was Rishabh Pant and Ravindra Jadeja, both of whom contributed more to the total and during their stay in the middle looked much more comfortable. Jadeja ended the day at 40 and until now has already contributed much more than what Vihari has done in the match.

It’s slightly surprising to see Vihari getting such a long rope, especially since the Virat Kohli regime has been notorious for not giving too many opportunities to new players to establish themselves. Especially since Vihari has not caught the eye despite being a permanent fixture in the team for a while now.

Breaking down an up and coming player is never justified but what sets Vihari apart from his peers is the faith that the management seems to have in him. It begs the question of why Vihari would be given such a long rope especially by a regime that has been ruthless enough to drop Shreyas Iyer after a couple of failures in ODIs(despite averaging in the 40s in his career)?

What is it that sets Vihari apart? Has he shown the potential to be the future mainstay of the Indian Team? In a career that has spanned a total of 10 tests, only two scores over 50 don’t reflect that. Is he a budding all-rounder that could contribute both with the bat and the ball? He has rolled his arm over in a few matches but it looks highly unlikely that he would be contributing much as a bowler. Is he a great fielder? In a team that has Virat Kohli, Ajinkya Rahane, and Ravindra Jadeja it would be hard to outshine them on the field.

This is what makes Hanuma Vihari’s case slightly peculiar. If players that have shown world-class talent and won matches for India are benched after a couple of bad outings then what special has Vihari shown to warrant a place in the team and leave KL Rahul out of the side?

With Rohit Sharma coming back for the next game it looks highly likely that he’ll reclaim his opening spot. With Shubhman Gill looking confident and making an immediate impact on his debut, Mayank Agarwal might face the ax which would be unfair especially since the youngster averages over 50 in Test Cricket.

If the Indian team does follow the path of rewarding performances then we could be looking at Vihari getting the marching orders while Mayank Agarwal drops down to the middle order and Rohit opens the innings. Whether that happens or not, Hanuma Vihari would surely go down as one of the more backed players during the Virat Kohli Regime. Slightly peculiar considering the number of justified talents that have warmed the bench or been dropped in the recent past. Be it a Manish Pandey, a Shreyas Iyer, or an Ambati Rayadu who was inexplicably dropped just before the World Cup(despite multiple Match winning performances with the team). 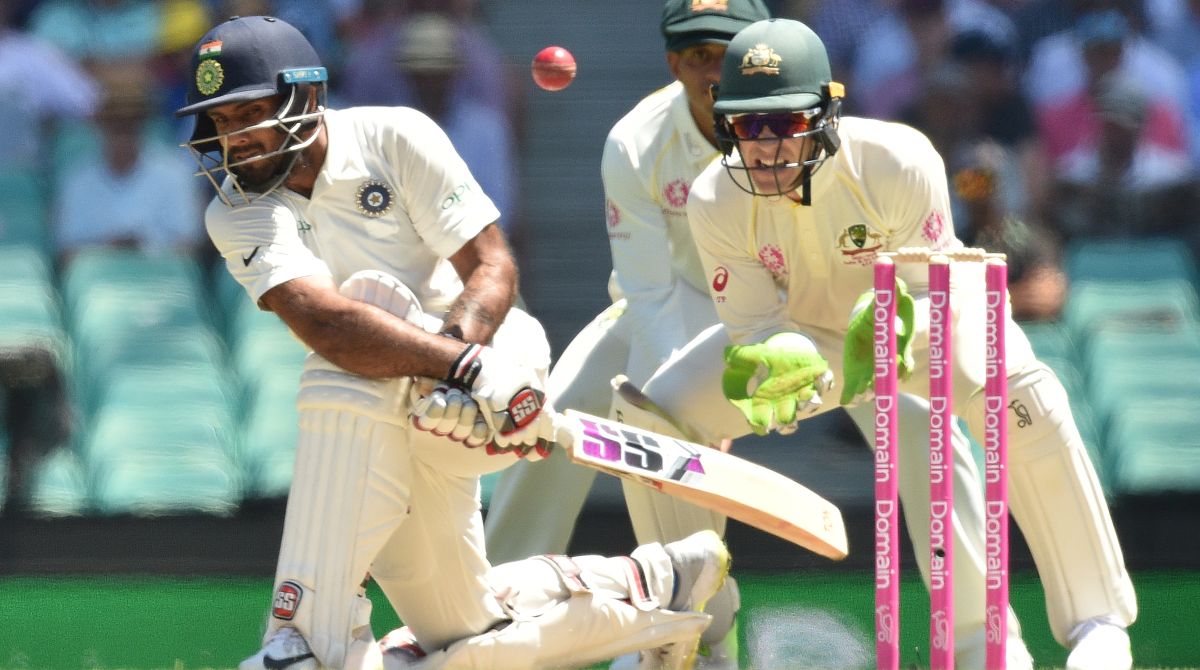