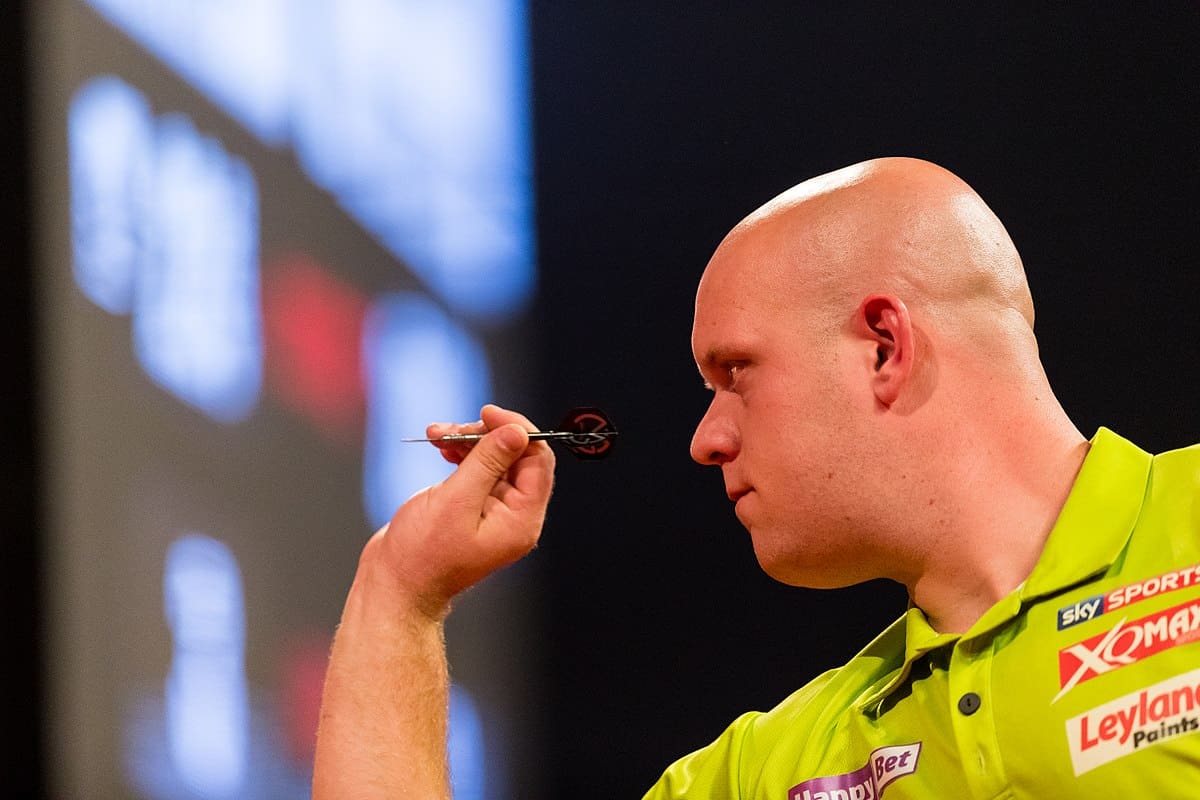 In just over two weeks the worlds elite arrowsmiths take to the oché once more as the 2020 PDC Premier League returns.

Five time, and reigning champion Mighty Michael van Gerwyn will be joined by eight regular players over the first phase of the event. Alongside the regulars, this years premier league sees the return of the challengers! Each week a different player will make a guest appearance where they can showcase their talents and perhaps, receive an invite back to next years event.

The format remains unchanged from previous years, with matches consisting of a potential twelve legs, meaning that unlike every other event on the calendar, matches can result in a draw.

As with previous years the top four players in the PDC order of merit qualify automatically, with the remaining players being selected by a panel. This same panel created the concept of contenders after the withdrawal of Gary Anderson from the 2019 competition. The contenders have been selected by that same panel, headed by PDC Chairman Barry Hearn, and have since been rebranded as the challengers.

To fill the gap created by Gary Anderson in 2019 and ensure there were ten players at each venue, the challengers were formed. This concept was a huge success and so returns again this year with some very exciting additions. John Henderson, Luke Humphries, Chris Dobey and Jeffrey de Zwaan return for their second appearances as challengers. There are debuts for Johnny Clayton, William O’Connor, Stephen Bunting, Jermaine Wattimena and the recently crowned queen of the palace, Fallon Sherrock. Fallon became the first female to win a match in the World Championships when she defeated both Ted Evetts and Mensur Suljovic at the Alexandra Palace over Christmas.

The Venues and Format

There are a total of seventeen rounds to navigate in order to lift the trophy and this years event takes place in sixteen different venues, in no fewer than seven countries.

The first round kicks off in Scotland with Big John Henderson appearing in his home city, Aberdeen. Round two sees the inevitably popular appearance of the first female to grace the premier league as Fallon Sherrock toes the oché in Nottingham. Welshman Johnny Clayton challenges in Cardiff in round three before Irishman William O’Connor flies his countries flag in Dublin in round four. Round five showcases the upcoming Englishman Luke Humphries in Exeter with local boy Stephen Bunting appearing in Liverpool in round six. Chris Dobey travels to Newcastle for round seven before the final two stages of the first phase take place on back to back dates in Rotterdam, Netherlands with dutchmen Jeffrey de Zwaan and Jermaine Wattimena lining up alongside Michael van Gerwyn in their home country.

At this point the challengers wave farewell and the player who is ranked bottom of the nine regulars on judgment night is eliminated.

The remaining eight players then continue to fight for a spot in the top four over a further seven rounds (playing each other once more in a round robin format). These rounds are hosted by Belfast, Sheffield, Manchester, Berlin, Birmingham, Glasgow and Leeds. At the end of the night in Leeds on Thursday May 14th, we will have our top four players. These four will then meet at London’s O2 Arena where the top seed will face the fourth seed, and the second/third seeds will meet in the semi finals. The winners of these matches then go on to the final, held on the same night, to battle for the trophy.

So fasten those seatbelts, or find your favourite spot on the sofa, as every Thursday evening belongs to the darts. GAME ON!