Collin Morikawa is playing in the Open Championship for the first time this year at Royal St. George’s in Kent, England. He is no stranger to performing well at major championships on debut, given the last time he competed as a debutant in a major he won the PGA Championship.

Morikawa had an illustrious amateur career including a number of collegiate and junior tournament victories as well as competing on the winning 2017 Walker Cup team and spending three weeks as the top ranked men’s amateur golfer in May 2018.

On debut as a professional he finished in 14th place at the 2019 RBC Candadian Open and in his first ever appearance at the US Open, a week later, he placed tied 35th. He followed those performances with a further 20 consecutive made cuts to accumulate a total of 22, which is an achievement that only Tiger Woods (25) has surpassed.

To begin the 2020 PGA Tour season he had three top 10 finishes in his first eleven starts. Morikawa was scheduled to play in the 2020 Players Championship on the 15th of March 2020 but due to the COVID-19 pandemic the tournament was cancelled.

Following a three month hiatus from the tour, as a result of the pandemic, Morikawa finished second in his first event back, losing on the first playoff hole to Daniel Berger in the Charles Schwab Challenge.

A month later, almost a year on from his debut win, he claimed his second PGA Tour title defeating Justin Thomas in a playoff at the Workday Charity Open.

In August of 2020, at the age of 23, he joined Jack Nicklaus, Woods and Rory McIlroy as the PGA Championship’s youngest winners since World War II.

The end of the year wasn’t as spectacular, but after a break in December he came back in January of 2021 with a couple of good performances in Hawaii and in February continued to accumulate big titles by adding the World Golf Championship to his collection.

Leading into this week’s Open Championship Morikawa has had a tied 8th finish at the PGA Championship, a second place at the Memorial Tournament and a tied 4th performance at the US Open.

Morikawa began today’s round on 3 under par after an opening round 67. He made the turn in 4 under par and added a further three birdies in his next five holes to sit on 10 under par for the tournament.

He was well on track for the lowest ever round at the Open Championship, which is currently held by Brandon Grace (62). However a bogey at the 15th hole halted his momentum and he could only manage a round of 64.

His iron play was impeccable all day hitting 15/18 greens in regulation and peppering nearly every pin. He had a couple of missed putts that could have seen his round go even lower but he looks in extremely good shape tee to green going into the weekend and will be tough to beat.

There are a number of players that could stand in Morikawa’s way come Sunday despite his fine play. Jordan Spieth, three time major champion, is also playing some exceptional golf and looked very good in yesterday’s round, carding a 5 under par 65.

Spieth is currently 7 under par after three birdies and a bogey in his first four holes.

Louis Oosthuizen, who has had some close finishes in recent majors is alongside Spieth on 7 under par after a first round 66 and an opening birdie in his second round.

The English contingent in their home Open find themselves well placed on day 2 of the championship. European Tour winner Andy Sullivan sits three shots back on 6 under par. Paul Casey who has been showing great form of late is a further shot behind on 4 under par, accompanied by 2016 Masters champion Danny Willett.

Ian Poulter, aptly nicknamed the postman for his brilliant Ryder Cup performances, has delivered on the front nine today carding 4 under par to sit at 2 under par for the championship.

Aaron Rai, the 2020 Scottish Open Champion finds himself at 1 under par for the championship after two rounds and Justin Rose is at 3 under par following an opening round 67. Tyrrell Hatton, England’s top ranked player looks likely to miss the cut.

There are a number of Americans in hot pursuit behind Morikawa and Spieth including Tony Finau, Brian Harman and Stewart Cink.

With a plethora of talent scattering the leaderboard it is sure to be a tightly packed leaderboard come Sunday.

If Morikawa wins this week it will mark his second major championship in only eight major appearances, something not even Nicklaus or Woods managed early in their careers and based on his track record he looks the most likely to be the first male golfer to surpass Nicklaus’s record of eighteen major championship titles. 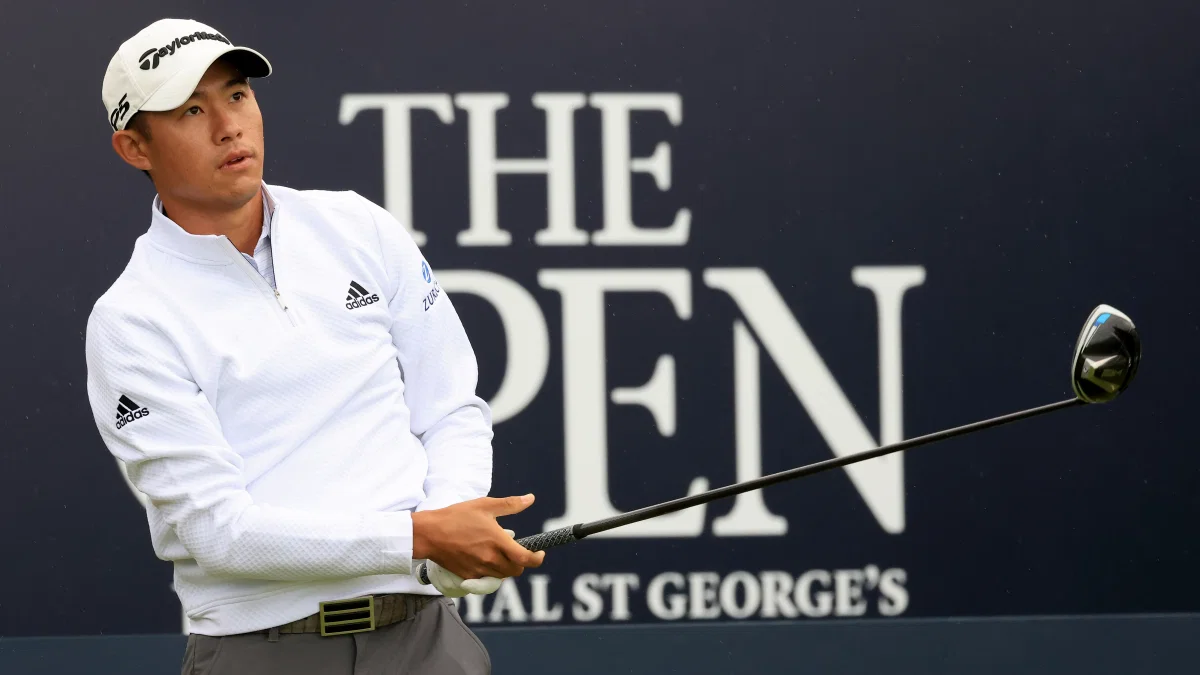