Lewis Hamilton put his recent struggles in the championship behind him with an impressive lap at Silverstone, ensuring he starts first on the grid for tomorrow’s inaugural sprint qualifying session at the British Grand Prix. Championship leader Max Verstappen will start second, while the other British drivers Lando Norris and George Russell will begin 6th and 8th respectively.

Two things mainly. The presence of a full crowd of spectators for the first time since the pandemic, as part of a government research programme into how sports events can be held safely with capacity crowds, and the introduction of a sprint qualifying race on a Saturday deciding the grid for the full race on the Sunday, meaning the usual 3 session qualifying format being held at the unfamiliar time of a Friday night.

Initially, it seemed that there would be nothing new at Silverstone this weekend with Verstappen topping today’s only practice session – Practice 2 is tomorrow morning – 0.779 ahead at the front of the field, with Hamilton down in third behind Norris. Hamilton has spoken this week of how much of a tall order it will be to overturn Verstappen’s title lead of 32 points, and is targeting wins in both of this weekend’s race, with 3 available for the winner tomorrow and the usual 25 on Sunday.

Still, even if he manages to do the double around Silverstone and Verstappen misses out on points, the Dutchman will still go into the Hungarian Grand Prix in a fortnight with the championship lead, further underlining how much of a challenge this season is for Hamilton.

In the turbo-hybrid era, this is the biggest points gap Hamilton has had to claw back and the last time it happened in 2016, his team-mate Nico Rosberg went on to win the title. Meanwhile for Verstappen, 32 points is a nice cushion, and one that he’ll fully expect to further extend this weekend. The last driver to have such a sizeable championship lead and not win the title was Fernando Alonso in 2012, who at one point had a 40 point lead.

What happened in qualifying?

Although this session will not officially count in the record books as qualifying – the winner of tomorrow’s sprint race will be credited with ‘pole position’ – Hamilton will feel like his lap today puts him in as good a position as it would do if there was just one race. Without the need for pit-stops tomorrow at Silverstone, the Mercedes driver will be hoping to get a good start off the line and then control the proceedings for the 17 laps, thus retaining his ‘pole’ for the full race on Sunday where the normal range of points are on offer.

At first though it seemed like Hamilton may have needed to make a bold overtake on track tomorrow, with Verstappen’s aforementioned blistering pace in the first practice session this afternoon, and then going first in Q1, beating Hamilton by 0.035. Small margins, but then that always is the case around Silverstone, with track position crucial now that the grid will be decided for Sunday by the racing action on Saturday.

That point will not be lost on Yuki Tsunoda, who was perhaps the first major casualty in qualifying, failing to get out of Q1, with Lance Stroll pipping him to the post by three hundredths of a second. The Japanese driver, starting 16th, has now been outqualified by his team-mate Pierre Gasly at every race this season, with the Frenchman getting into Q2 where he’ll start 12th tomorrow. His fellow Frenchman Esteban Ocon didn’t make it out of Q1 at the double-header in Austria, but with a new chassis at Silverstone, the Alpine driver got up to 13th.

Meanwhile, George Russell who has a 100% Q1 record this season, kept that run going in front of his home fans at Silverstone, making it into Q2 by 0.3 seconds with his team-mate Nicholas Latifi knocked out. The Canadian driver is in 18th, with Kimi Raikkonen in 17th, and the Haas cars on the back row of the grid.

With all drivers only being allowed to run on soft tyres in todays qualifying at Silverstone, there was the potential for quick laps, and at the start of Q2, Sebastian Vettel was at one point in 5th for Aston Martin, only 0.5 seconds off the front. Hamilton made the early impression with a 1:26.602 and then improved it on his second run with a 1:26.023, which knocked Verstappen off the top who had briefly gone first with a 1:26.504.

Daniel Ricciardo, who has been beaten by Lando Norris regularly this season, had the better of his team-mate in the opening two quali sessions as the McLaren’s comfortably qualified for Q3. Fernando Alonso thought he had made it there as well, with a lap good enough to put him in the top 10, but the Spaniard who qualified on pole here in 2005, 2006 and 2012, was knocked down by the order by a driver on the top of his game right now.

In arguably the stand-out moment of qualifying, George Russell out on track all by himself and roared on by his home Silverstone crowd, did a stunning 1:27.080 lap time that took him to 7th, only a second behind Hamilton’s Mercedes, a fantastic lap for a car that is theoretically the second slowest on the grid. It will be the second race in the row Russell has got into Q3 and was a nice irony that it was Alonso on the receiving end, after the double world-champion denied Russell his first Williams points finish at Austria a fortnight ago with an overtake late on in the Grand Prix.

Sebastian Vettel will have been delighted to get into Q3, only the fourth time in 23 races he has done so, at a track he won at with Ferrari in 2018, while Pierre Gasly didn’t get into Q3 for the first time since the Spanish Grand Prix in May.

Come Q3, and Hamilton was first out on the track to set a lap time, but was on the team radio with concern about giving other drivers a tow down the straights. He needn’t have worried, setting a 1:26.134, 0.172 seconds quicker than Verstappen, the Red Bull driver suffering with understeer. Interestingly, at a time when drivers usually go flat out and set their quickest laps of the day because track position is at stake, both drivers weren’t able to improve on their Q2 times, with Hamilton actually a few tenths slower.

There was no such problem for George Russell, who went even quicker than in Q2 with a lap just 0.837 seconds behind Hamilton at the time, which put him 7th, and come the end of the session he was 8th, ahead of Vettel and Carlos Sainz in the Ferrari, a superb result on home soil at Silverstone. The battle at the front though was hotting up, with Hamilton and Verstappen back out on the track for their second and final run.

Hamilton was showing scintillating pace, setting two purple sectors and on course to improve on his first run, but slipped wide at the Vale chicane, the final turn and was unable to do better than his first attempt. His lap in Q2 was therefore his quickest, but it is the times in Q3 that set the grid, and when Verstappen lost time in sector 2, Hamilton was able to celebrate being at the front of the grid for the first time since Barcelona back in May, which was also conveniently the last time he won a Grand Prix.

Elsewhere, despite going quicker than Norris in the opening two qualifying sessions, Ricciardo was narrowly beaten to 6th on the gird by his team-mate, just two thousandths of a second separating them. Red Bull and Mercedes ensured they had both their drivers in the top five with Bottas 3rd and Perez 5th, that pair split by Leclerc of Ferrari, again displaying good qualifying pace, as highlighted by his pole earlier in the season in Baku, making him the only non Mercedes or Red Bull driver to qualify first this season.

It was Hamilton’s evening though at Silverstone, a track where he has been on the front row every year since 2015, and where he has won 7 times, equal to Canada, and only bettered by Hungary. At a time when he needed it most, Hamilton made it count in front of a full crowd at Silverstone. With more points than usual on offer this unique weekend, he’ll need to grab every one he can if he is to have any chance of defeating Verstappen in this epic title tussle. 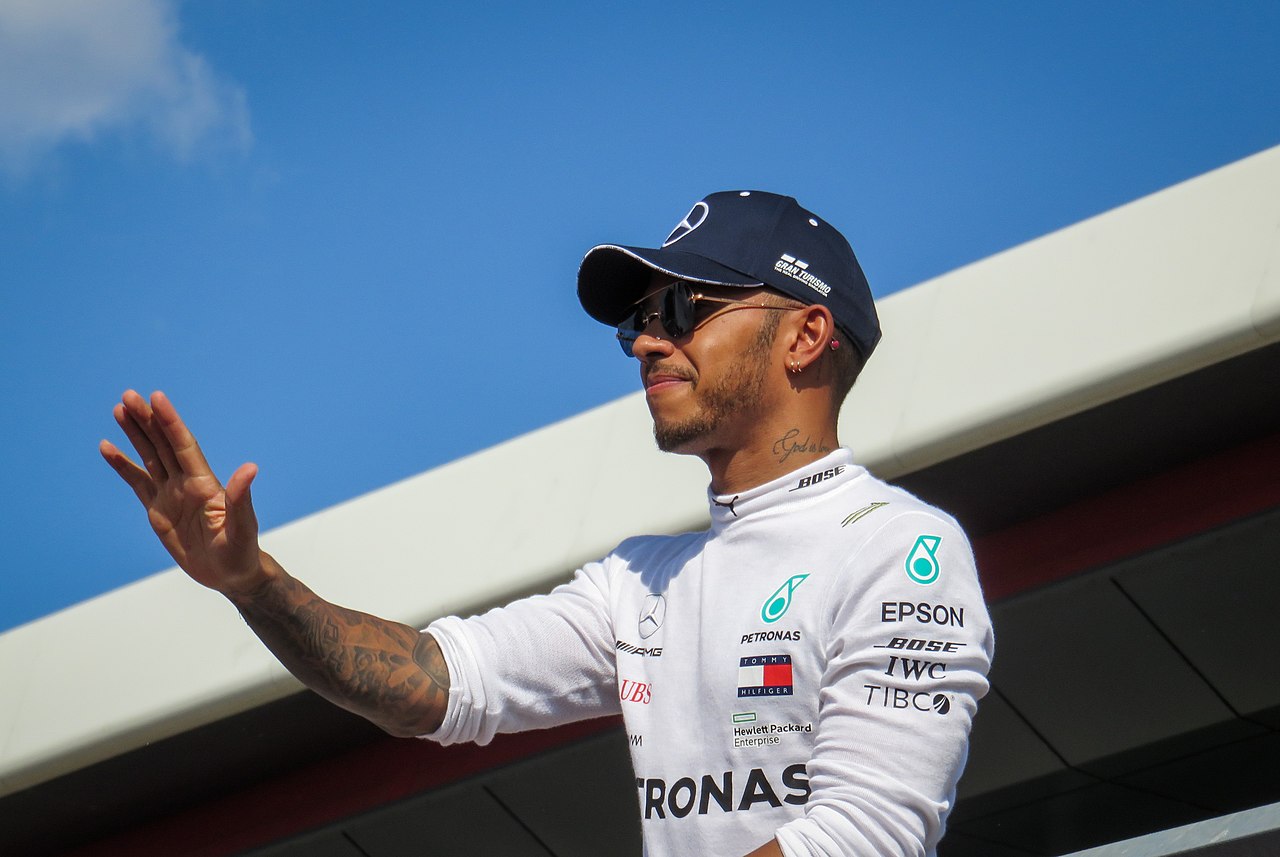 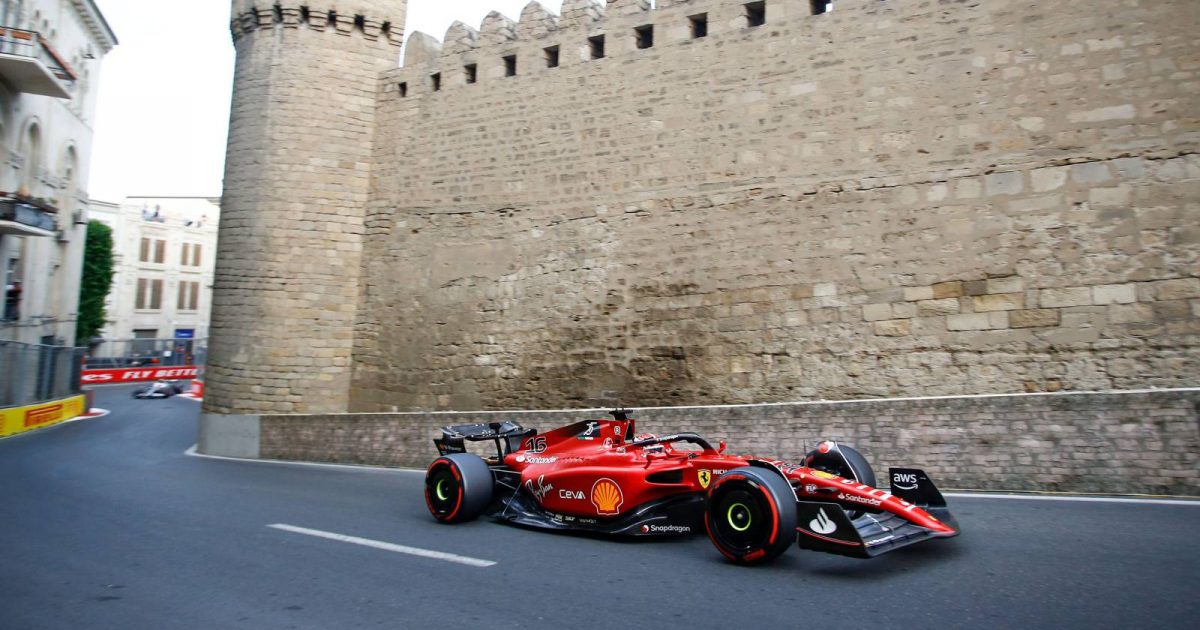 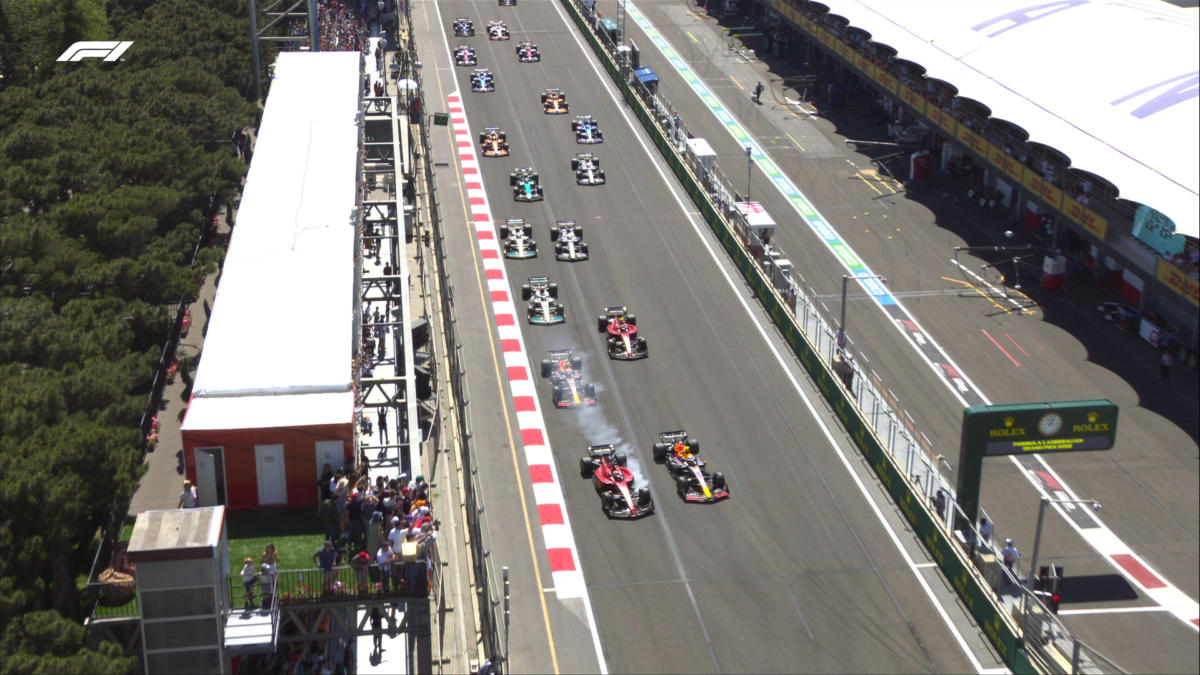 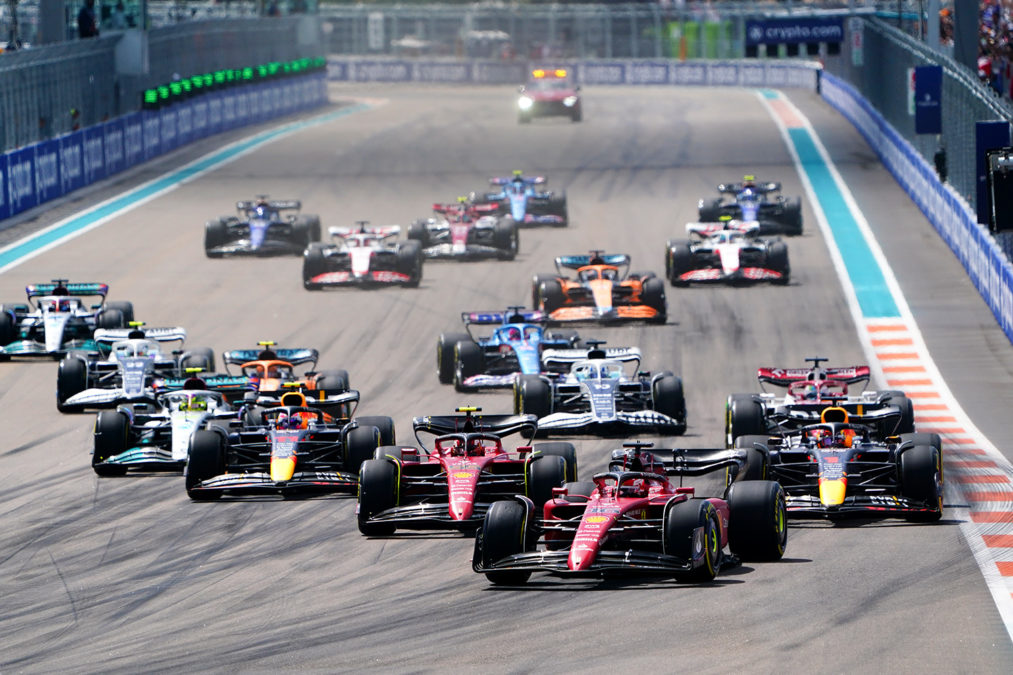 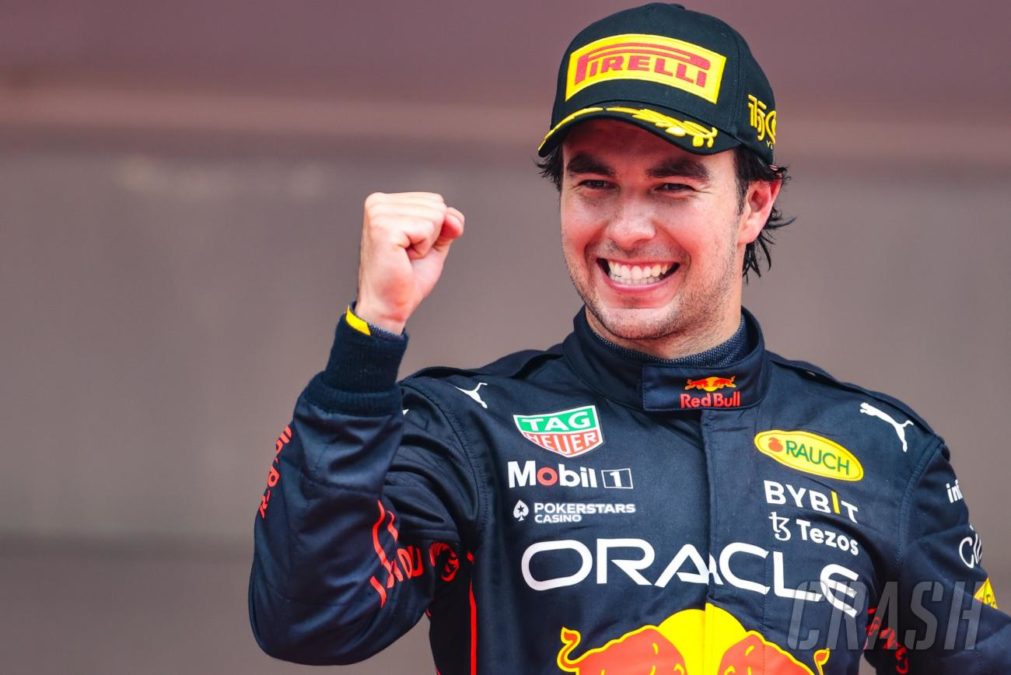 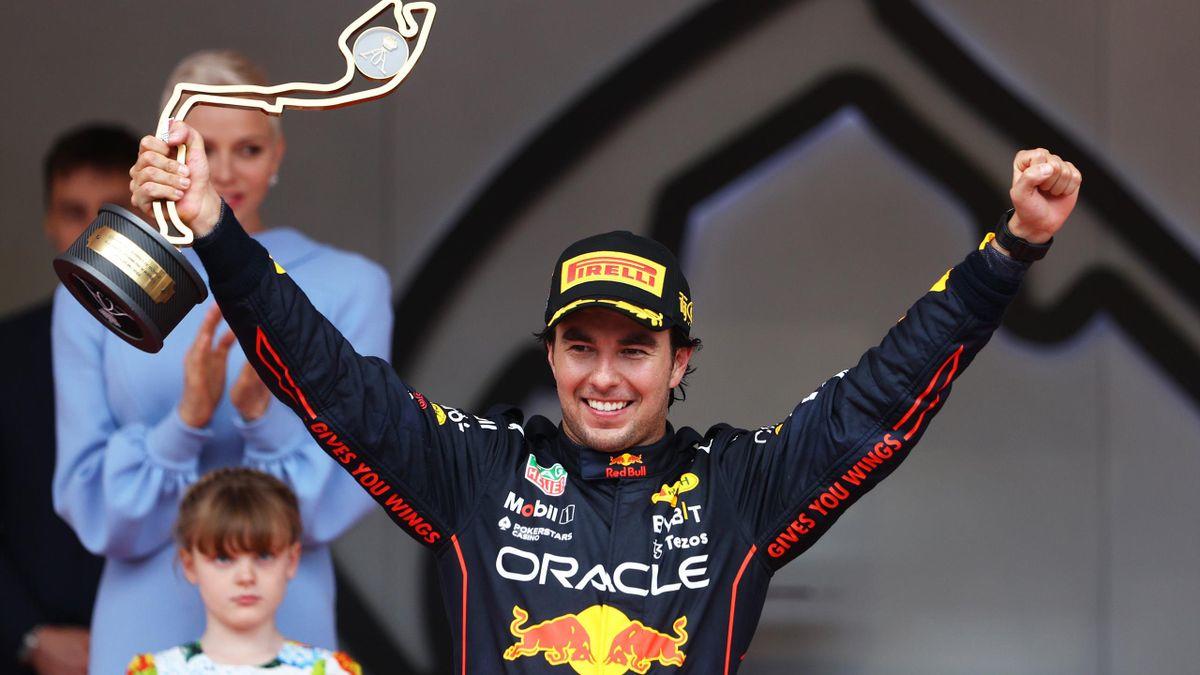 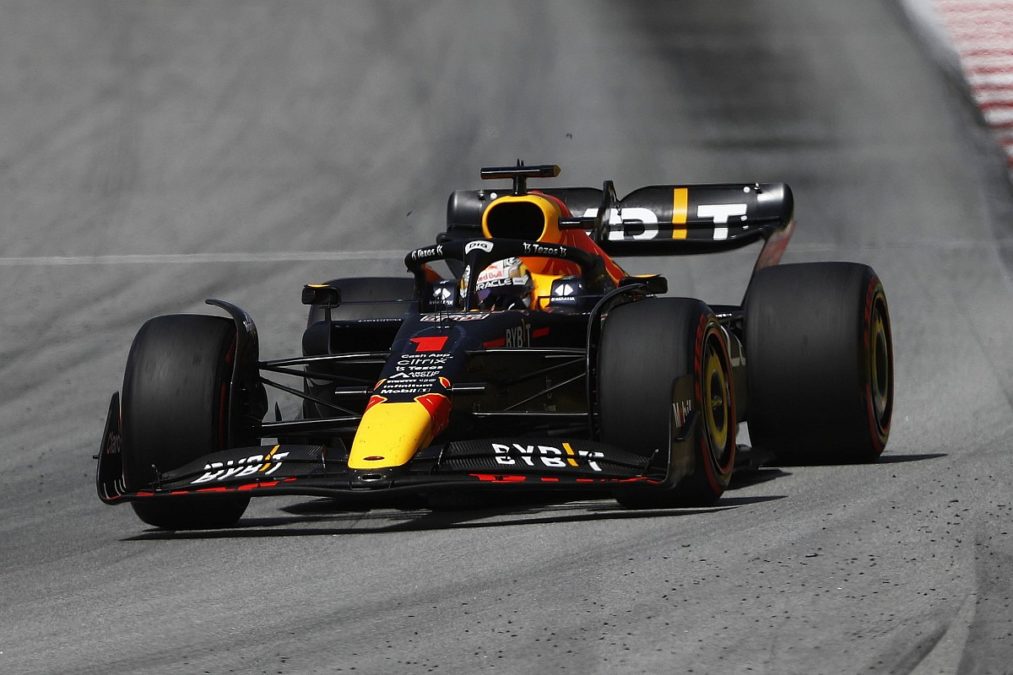 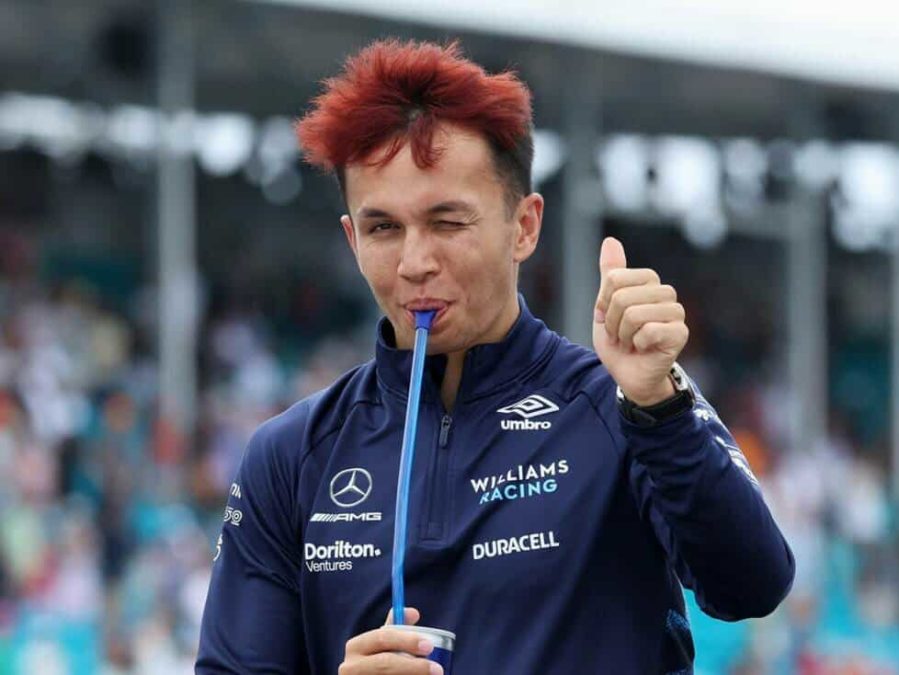 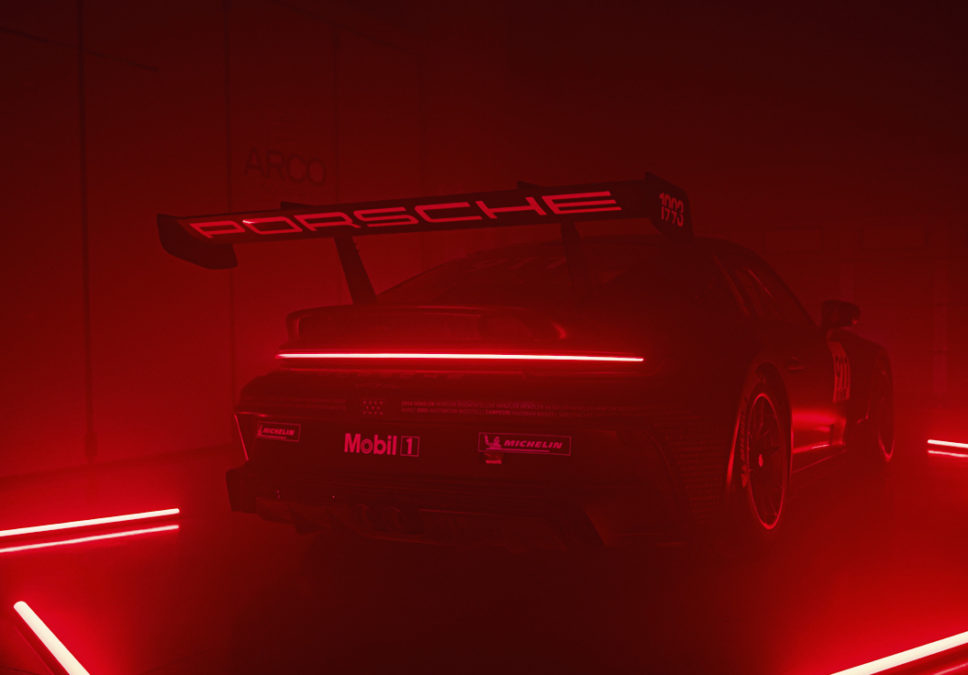