Mahendra Singh Dhoni, the man known as MS Dhoni, who has won all the ICC Trophies and brought India to the number 1 rankings in Test Matches was ignored yet again by the Goenka’s. In the CEAT Cricket Awards, Goenka has named top 10 cricket players for the awards but MS Dhoni’s name wasn’t there, neither in the top 10 batsmen in ODIs and in Twenty20 Internationals.

After taking his team through the 3rd IPL Title on 27th April, Dhoni has the most title wins with Mumbai Indians Skipper Rohit Sharma. Then also MSD has been not been featured in the list of top 10 batsmen for the CEAT Awards.
Meanwhile, On May 28th, 2018 the leading tyre manufacturer CEAT Limited celebrated the success and glory of International cricket with ‘CEAT Cricket Rating (CCR) International awards 2018.

The awards honoured the best of the International cricketers based on their performances as rated by the CEAT Cricket ratings (CCR) for the year 2017 – 2018. Indian skipper Virat Kohli has won the International Cricketer of the Year Award. His performance has been absolutely brilliant in One Internationals and in the longer version of the gentlemen’s game.

Then the Kiwi Opener Colin Munro bagged the best player for the shortest format. Munro is amongst the fewest players who have scored 2 centuries in T20 Internationals. Even though he wasn’t a permanent member for the Double D’s in recently concluded IPL season, but his contribution for New Zealand has been immense while opening.

Shubham Gill the under 19 star was also awarded the U 19 Player of the year and Mayank Agarwal was given the best Domestic Players Award and the Universal Boss Chris Gayle was conferred with Popular Choice Award.

Then the Legend Farokh Engineer was given the Lifetime Achievement Award.

CEAT U 19 Player of The Year – Shubhman Gill

The CEAT Cricket Awards has been Honouring the Cricketers since 1995, here is the list of the cricket legends who have won this award previously:

Year
Cricketer of the Year 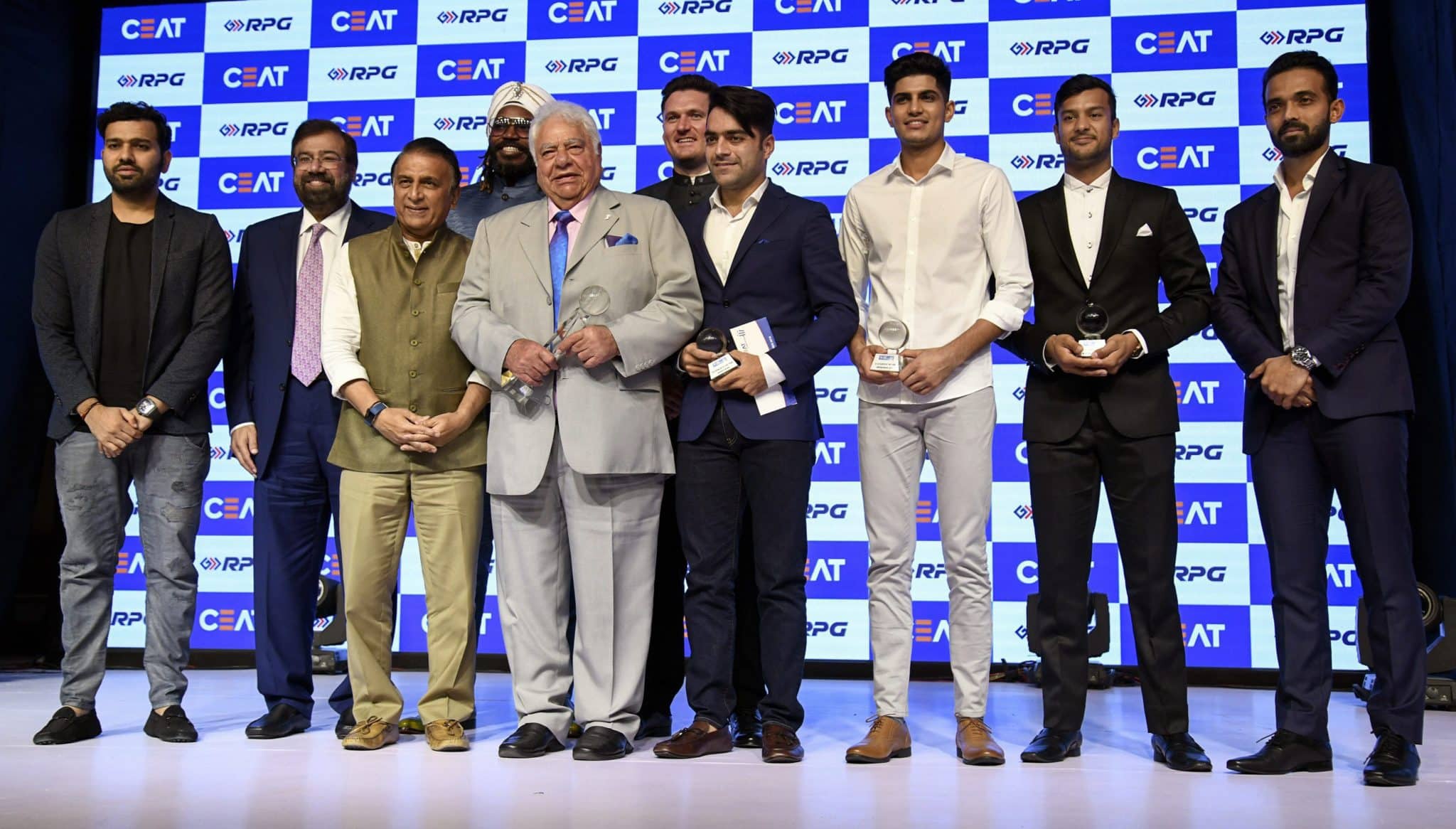