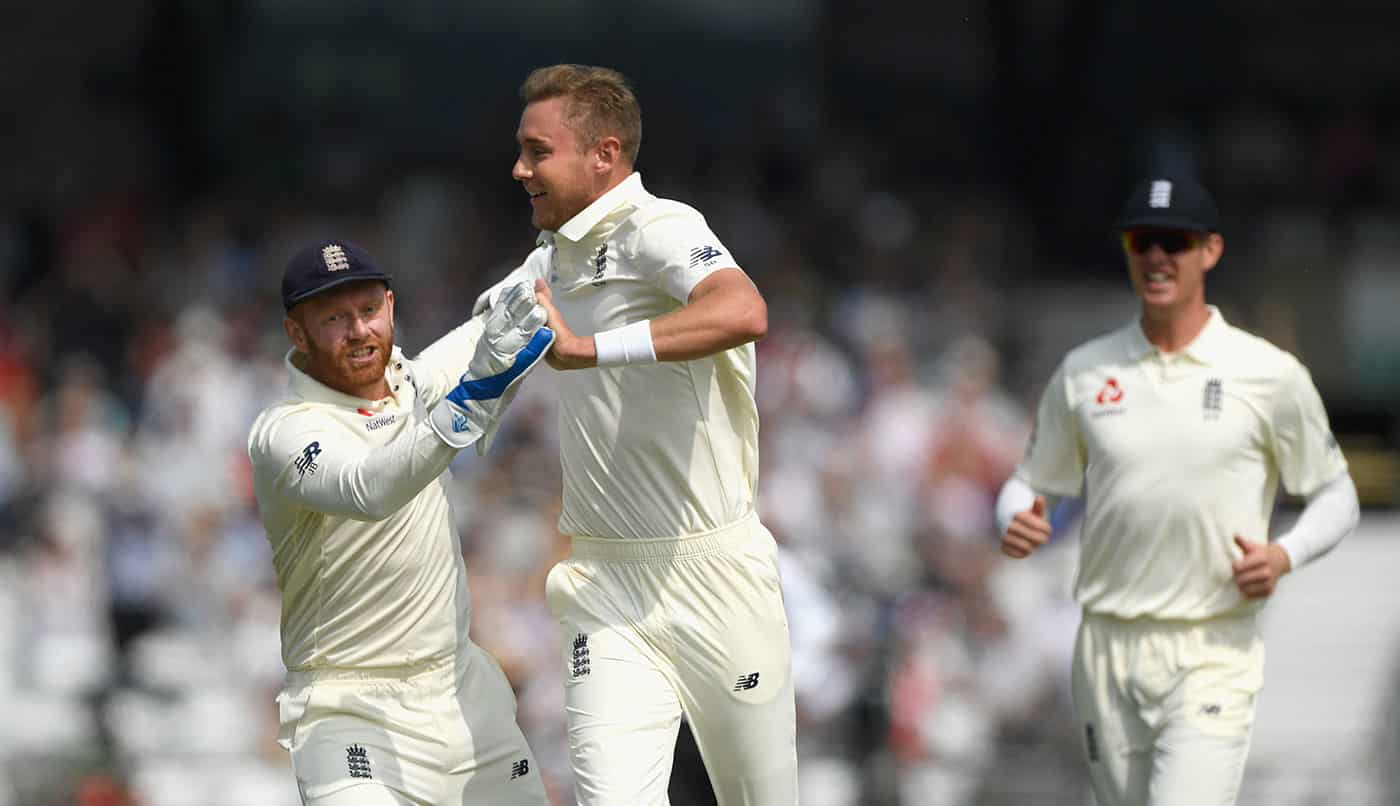 Pakistan was completely outplayed by England to level the series in the second test.

Pakistan cricket team had lost a golden opportunity to win the test series against England at their home ground.

It was a comprehensive win for Joe Root and his men which allowed them to level the 2 match test series to 1-1.

The first test was played from 24th May to 28th May 2018. It was played at the home of cricket, at Lord’s cricket ground in London. In this first test, Pakistan’s swing bowling was seen at its best. The England batsmen couldn’t cope with the swinging ball and they were bundled out cheaply in their first innings.

England was never in the game despite they won the toss and batted first. Pakistani bowlers were all over the England batsmen, the Pak pacers bowled some excellent overs. Mohd Abbas and Hasan Ali used the swing from Lord’s pitch to perfection. They kept picking up wickets to derail the progress of the English men.

Only Alastair Cook stood out for the England camp, the legendary England opener tried to hold the innings together.

But Joe Root, Mark Stoneman, Dawid Malan and Johnny Bairstow failed to play around with Cook. There were no partnerships from England; Pakistan ripped Root and his men apart with their classy swing bowling. Jos Buttler didn’t show his class which he had shown in the IPL 2018 season, he too was out early to Hasan Ali.

Johnny Bairstow and Ben Stokes had a rescue operation after Cook’s dismissal. Alastair Cook was out after playing a fine knock of 70 runs, but unfortunately, he couldn’t go the long way and he didn’t get to the three-figure mark. Stokes and Bairstow’s counter-attacked the Pak bowlers. But the Pakistani pacers got better of them.

Stokes was out for 38 runs and Bairstow was out for 27 runs. Then the lower order didn’t put up a fight and England were bundled out for just 184 runs in their 1st innings. Hasan Ali and Mohd Abbas were the stars for Pakistan. They picked up 4 wickets each to their name. With them, Mohd Amir and Faheem Ashraf took 1 wicket each.

Four batsmen scored in the 50s from the Pakistani side; Azhar Ali scored 50 runs, Asad Shafiq scored 69 runs, Babar Azam scored 68 runs, and Shadab Khan contributed with 52 runs. This collective effort from the Pak batsmen allowed them to be ahead of England in this first test.

The England bowlers had an off day with the ball too; they couldn’t restrict Pakistan to a low score. James Anderson and Ben Stokes took 3 wickets each, with Mark Wood took 2 wickets and Stuart Board took just 1 wicket.

England couldn’t bat well in their 2nd innings as well, only skipper Joe Root, Dominic Bess, and Jos Buttler took their team over the 240 run mark. Alastair Cook played so well in the first innings was out for just 1 run. Stoneman failed miserably in both the innings, which hurt England in this game.

And the rest of the batsmen also failed to contribute in their 2nd innings. Johnny Bairstow, Ben Stokes, and Dawid Malan fell cheaply. The innings from Joe Root, Jos Buttler, and Dominic Bess took England to 242 runs which were not enough in the end.

Pakistani bowlers shined once again at Lord’s, Mohd Abbas was the hero again. He picked up 4 wickets to his name.

With him, Mohd Amir also took 4 wickets and Shadab Khan took 2 wickets to his name. England gave Pakistan just 66 runs to win and the visitors managed to do it with ease. James Anderson picked up Azhar Ali, but Imam Ul Haq and Harish Sohail took Pakistan to a comfortable victory.

Imam was unbeaten on 18 runs and Harish Sohail was not out on 38 runs. Pakistan won the first test match by 9 wickets. Man of the match award was given to Mohammad Abbas for his awesome bowling performance.

It was a complete turnaround for Pakistan when the two teams met for the series decider. The second test match was played from 1st June to 3rd June 2018. Headingley was the venue for the final test match. England put the loss of the Lord’s test match behind. It was a team performance which allowed them to level the series.

Pakistan batted first but just like England, they couldn’t bat well. The England pacers struck at crucial intervals that didn’t allow Pakistan to repeat their batting performance which won them the Lord’s test. In their 1st innings, Pakistani batsmen had got starts but they couldn’t convert them.

Harish Sohail and Asad Shafiq couldn’t do much after getting the starts. They both were dismissed were dismissed by Chris Woakes on 27 and 28 runs respectively. Then the middle order failed miserably for Pakistan, only Shadab Khan played a good hand. He scored vital 56 runs which took Pakistan to a low total.

Shadab Khan scored his 2nd consecutive fifty for Pakistan in this test series. But the lower order didn’t hang around and they got bundled out for just 174 runs in their 1st innings. It was a team performance from the England bowlers which allowed them to bowl out Pakistan.

James Anderson, Chris Woakes, and Stuart Board took 3 wickets each with them Sam Curran took 1 wicket to his name. England’s batting also looked good, all of their batsmen didn’t contribute heavily but they kept England on toes in this match.

Cook and Keaton Jennings gave England a good start and the middle order struck some crucial knocks that helped England and they got ahead of the Pakistani total. All the England batsmen got starts but they too didn’t convert that into a big score.

Cook scored 46 runs, Root scored 45 and Bess scored 49 runs, this allowed England to take a lead in this innings. But Jos Buttler showed that he is not a one format player, his unbeaten 80 runs took England to 363 runs in their 1st innings.

Buttler was criticised for his failure in the Lord’s test, he came back strongly to answer his critics. His unbeaten 80 runs knock was vital for England in the context of the game. He was the one who held the innings together while others fell after getting starts.

Due to his 80 runs, England scored 363 runs and in the 2nd innings, it was the bowlers who showed their class again. England bowlers ripped the Pakistani batsmen apart, this allowed them to level the test series.

Pakistani batsmen were bundled out for just 134 runs in their 2nd innings. This was mainly because of Stuart Board and Dominic Bess took 3 wickets each with James Anderson took 2 wickets and Chris Woakes, Sam Curran picked up 1 wicket each to their name.

Pakistan didn’t bat well in both the innings, in the second innings only 3 Pakistani batsmen reached double figures and the rest fell to the England bowlers. England bowlers bundle out Pakistan for just 134 runs and won the match by an innings and 55 runs.

After the loss in the first test match, Joe Root and his men came back strongly to level the series. Man of the match award was given to Jos Buttler for his classy innings of unbeaten 80 runs which allowed them to win this match.