Rohit Sharma and Trent Boult helped Mumbai Indians to a 5th time as the champion of IPLT20. This was all the result of perfect management and sane captaincy. Yesterday, the final match of IPLT20 played between Mumbai Indians (defending champions) and Delhi Capitals (could be a maiden champion of dream11 IPL).

Delhi Capitals won the toss and chose to bat first. Trent Boult ceased the Delhi Capitals in the circle overs, picking up two wickets in the powerplay. And simultaneously, putting pressure on the batting side. But the courage of SS Iyer (c) 65 (50) and RR Pant 56 (38) did manage to breach the shackles of compulsion.

However, Delhi Capitals could reach a total of 156/7 after 20 overs.

Against the set target of 156 by Delhi Capitals, Mumbai Indians’ captain RG Sharma (c) 68 (51) began in style to get greetings. Q de Kock exhibited some powerful strikes and provide a good start for the team. Ishan Kishan was neither behind in the progress of run chase and added 33 runs and remained not out till Mumbai Indians reaches the target of 157/5.

Rohit Sharma named as the magnet of IPL Trophy.

In the first ball of the final match of IPLT20, Boult did not miss the chance of taking hold of the ball and by picking up the first wicket that created an atmosphere of fear in the opponent team. Then the second wicket in the second over of AM Rahane did really damage the batting line up of Delhi Capitals. By getting three wickets, T Boult put an end of setting a big target.

Trent Boult was of the view that it was an amazing experience throughout the tournament.

Even though Delhi Capitals lost early wickets, Iyer wasn’t able to finish the team off – scoring a good total of 156/7 in the final match.

Contribution of Rishabh Pant was easy to agree with Iyer. Shreyas took the doleful situation of the team and made it a manageable stage, but unfortunately, fate did not work in favour of Delhi Capitals.

His captaincy throughout the match was likeable and true in spirit. Ricky called him  “Iyer is a brilliant young player, a brilliant captain and even more so a great person. He’s grown in stature in the last 12 months.” So the endeavour of Iyer cannot be ignored.

Rabada and Ashwin are punished

Delhi Capitals had the most valuable bowlers of IPLT20, but that never result in their favour. Neither Kagiso Rabada nor R Ashwin( who trapped Rohit Sharma in the previous match between these two) could not stop the bat of Rohit to slow their loss.

Rabada could bowl only three overs and provide 32 runs. If there was three-wickets for DC in the first six overs, today’s game would have been far more different. Ashwin could not put his feet in the circle rather scolded in the slot.

The partnership of Rohit and Suryakumar Yadav came to an end on the first ball of 11th over. Suryakumar sacrificed for the captain that could result in real trouble.

Even the batting line-up of Mumbai Indians remained stronger in the season but the final  match gets much tricky with the added pressure. And if Delhi Capitals got the wicket of Rohit instead of S Yadav, there must have been trouble ahead. Rohit was a set batsman and hitting the ball in the slot, so, his wicket was a real need at this moment. And Rohit proved it in proceedings.

Rohit Sharma: “Pretty happy with how things went the entire season for us.”

Shreyas Iyer: I’ve mentioned it heaps of times, Ricky is probably the best I’ve worked with.

Jofra Archer is the Most Valuable Player of the tournament.
Mumbai Indians win the Fairplay award.
Devdutt Padikkal is the Emerging Player of the year.

Trent Boult is the Man of the Match. 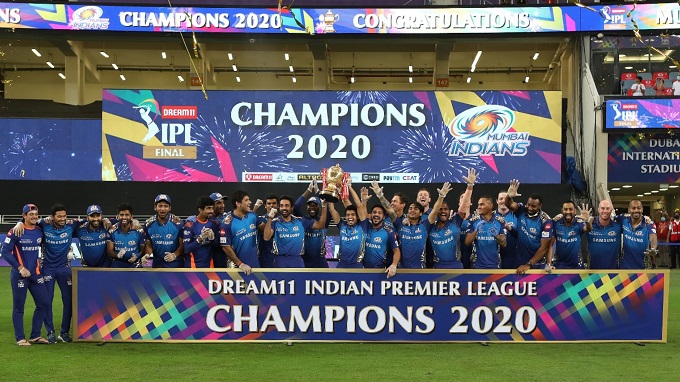