This is it. Do-or die time. Wednesday night, the Washington Mystics will have their backs against the wall as they look to rebound from a heartbreaking 75-73 Game 2 loss to the Seattle Storm. The Mystics will have an advantage playing in front of their home crowd in DC at EagleBank Arena but is it too late having already been down 2-0 and on the brink of elimination? The Washington Mystics players don’t think so.

“So good to be back in front of our home crowd. While we didn’t have the showing we would’ve liked in Seattle, we will keep playing here in DC. If our three-point shots fall and if Elena is at 100%, it’s a whole different ballgame but we can’t change that. Things will be different in our environment and I think we now know what we need to do to get a win,” Natasha Cloud said during Mystics practice yesterday.

Added Elena Delle Donne. “Everyone likes to talk about changes but we do that all the time before, during and after games. Our environment may be different compared to the regular season and the first couple weeks of the playoffs but if you can get into a good routine, the rest just comes with it.”

While the Washington Mystics were awful in Game 1, Game 2 showed a different side of the Mystics. Although they were 0-16 from beyond the arc, the defense and willingness to put their body on the line is a huge step forward after taking 5 steps backward the game before. The Washington Mystics have to make sure that they take good, accurate three-point shots and work it inside to the frontcourt more often than not as it works when they do it and we’ve seen how deadly this team is when they move the ball around from side to side.

“It’s all about battling every possession which is something we didn’t do very well during the 4th quarter. It’s also a matter of getting people in the right places and putting people in the best ways to succeed,” Kristi Toliver said when asked about what the Mystics need to work on.

If the Washington Mystics happen to be playing their last game of the season tonight, it will be because they ran into a better team. Sure they could’ve had a better Game 1 and sure Sue Bird could’ve been called for a foul in Game 2 but that doesn’t change the fact that Seattle are a very good team who have reached the WNBA Finals three times and won it all twice. It’s also due to the fact that the main core players from those championship runs are still there. Having said that, the WNBA Finals are not over and it’s still anyone’s for the taking as of right now. Also a couple of Mystics players have had experience playing here for their respective colleges so this truly will be home-court advantage for a small few of the ladies. They’ve got the right attitude going forward, now let’s see what they can do on the court to prove to the fans that they’re still in this series. 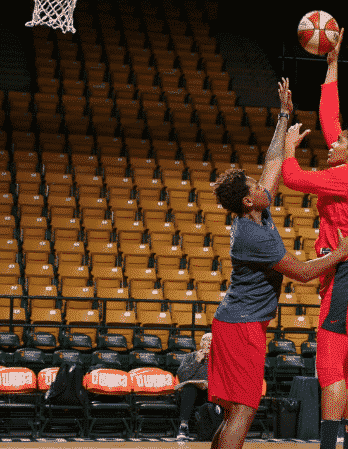