Well now it’s over. The Seattle Storm are WNBA champions and completed a 3-game sweep of the Washington Mystics with a 98-82 win that showed exactly why they deserve to be WNBA champions. Sue Bird can still do it, even at the age of 37 and being the oldest player in the WNBA just got a storybook ending to a fantastic career. Breanna Stewart added to her already impressive career by now being a WNBA champion and a finals MVP after winning regular season MVP earlier this year. Give a lot of credit to the Seattle Storm, they are a great team and unfortunately for the Mystics, they ran into a team that didn’t make mistakes, had all hands on deck and came up big when it mattered most. They deserve to be WNBA champions.

As for the Washington Mystics, this amazing season comes to an end. This has been an outstanding season for this team and without a doubt, their best season in franchise history. From tying the best record in franchise history in the regular season to making the WNBA Finals for the first time in franchise history is outstanding and these ladies should have their heads up high as they enter this upcoming offseason. There is no doubt in the back of my mind that the Washington Mystics will be back next year contending for a championship and now that rookies like Ariel Atkins have playoff experience, the Mystics now know what it takes to get back to the promise land. If they can bring the entire team back together and add a couple of minor pieces to it, they should be back in the running next year. Emma Meeseman for starters will be a huge boost when she returns next season.

Natasha Howard led the way for Seattle with 29 points and 14 rebounds. She helped the Storm spark an early run off of extra shot opportunities and offensive rebounds and careless Mystics turnovers also helped Seattle early on.

Washington came out in the second half with the hustle and desperation you’d expect from a team with their season hanging in the balance. Unfortunately, that boost wound up lasting shorter than expected when LaToya Sanders injured her ankle chasing a loose ball early in the third quarter.

Elena Delle Donne spurred one last furious rally to cut the deficit from 16 down to 5 in the fourth quarter, but that’s as close as they would get. The Storm closed on a 26-15 run to seal the game, the series, Seattle’s third WNBA championship.

“The fans did a really good job of getting behind us throughout this run. It’s a shame we couldn’t give them one more home game but I feel good about this team going forward and we’re a full year ahead of schedule,” Coach Thibault said proudly.

Overall, it’s been a fun ride for fans, personnel and the entire staff of the Washington Mystics. We got to see a team who had been “this,” close to being WNBA champions way too many times and finally was able to get over the hump and make the WNBA Finals. I’ll always be grateful for getting the chance to be around this team during the run that they were on and I hope to be around this team for many more special moments that they’ll be on during this window that is so wide open. While it’s painful that the Mystics went down by getting swept and didn’t take a single game from this series, it’s also a big step forward for a team that was in the abyss before the Elena Delle Donne trade and Kristi Toliver acquisition. Even though they signed two All-Stars, they were projected to finish 8th. Don’t be sad DC, there’s always next year for the Mystics and the sky’s the limit for this team going forward. 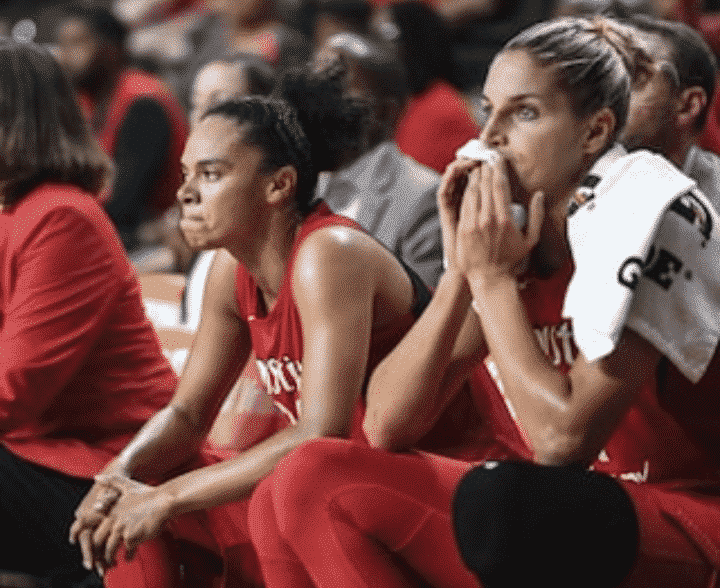