In a thrilling late race shootout, Brad Keselowski barreled his way past Denny Hamlin coming to the white flag at Indy and clinched Roger Penske’s first Brickyard 400 win and a historic one for Team Penske.

“It is special and means a lot to kiss the bricks today and get that first win for Team Penske and Roger,” said crew chief Paul Wolfe after becoming the second team, joining Chip Ganassi Racing in 2010, to win the Brickyard 400 and Indianapolis 500 in the same year. “Indy is always a special place for the boss and the team as much success as they’ve had on the open-wheel side.

Three laps later, a caution for debris changed the flow of the race. Most of the leaders stayed out, however enough drivers pitted for Keselowski to move into eighth position, leaving him with the freshest tires in the top 10.

In the seven laps after the restart, Brad Keselowski had jumped to the third position when Landon Cassill and Jeffrey Earnhardt crashed,which brought out a caution and reshuffled the field. Keselowski was lined up on the inside of Row 2 and, with three laps to go, jumped into second and began chasing down Hamlin.

Hamlin held the lead for a lap, but Brad Keselowski and his fresher tires quickly caught him. Coming off Turn 2 with two laps to go, Keselowski caught Hamlin. Side-by-side, the drivers banged all the way to Turn 3. Then, Keselowski got Hamlin loose off Turn 3, and by Turn 4 the lead was his.Hamlin let off a tirade following the race,during his post race interview.

“We deserved to win this race,” said Hamlin, who led 37 of 160 laps, tying Clint Bowyer for most laps led. “We had the fastest car or one of them. Us and (Bowyer) were very strong. I hate that the cars that caused the caution had nothing to do with this race.”

Bowman needed the winner’s help as he was involved in a wreck on Lap 67 and fell multiple laps off the pace. Had Hamlin held on to win, Bowman would have been out. 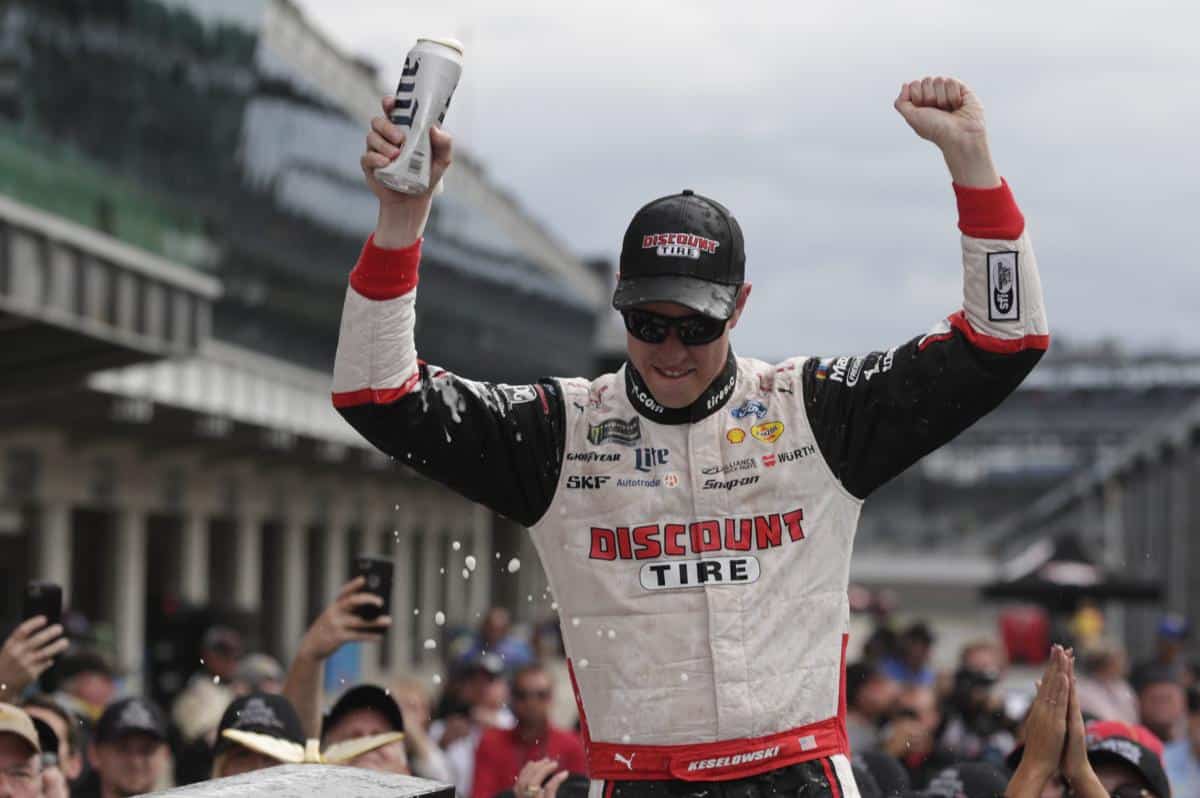