With no Djokovic and Federer in the first Slam of the year, this was a golden opportunity for Nadal to overtake his great rivals by claiming just his second Title down under, and become the world’s most successful male tennis player.

But he was up against the US Open champion in Medvedev, who was aiming to make it back-to-back Grand-Slam Titles.

And the World Number Two got off to the perfect start by taking the first set 2-6 after a number of unforced errors by the Spaniard, particularly on his most trusted forehand stroke.

The second set was a much tighter affair, with both players fighting to hold serve. Nadal had his chance to grab a foothold in the match, particularly at 4-2, but an unexpected string of unforced errors allowed the Russian back into the set, and he eventually took it (5-7) on a tie break.

It was at this point, that people started to doubt whether one of the greatest champions of all time could stage a monumental comeback having been out of the game for four months due to a foot injury. Particularly when it looked as if it could have been a career-defining one.

But as all Grand Slam Champions do, he managed to stay in the moment, and fended off two break points at 1-0 down, before breaking serve at 2-1.

He then was involved in a 40-shot rally, in which he won to put some daylight between him and the Russian at 4-2. but again, like in the first set, Nadal failed to grasp hold of the set and gave Medvedev the opportunity to get back into the set with three successive breaks of serve followed, a run that ended with an unbelievable ninth game that stunned the Laver crowd.

The set was eventually decided on a tie-break, in which the Russian took it 5-7.

It was now at the stage where many people thought that this could be the end for Nadal, especially having given it everything in the second set, but after fending off three break points at 3-2, he broke serve at 4-4 and took the third set 6-4

It was at this stage, that the momentum started to shift towards the sixth seed,

He managed to break serve at 4-2, in the fourth, and despite Medvedev hanging on at 4-3, Nadal took the Final into a decider, by claiming the set 6-3

The final set was a close affair, with both men desperately trying to break serve. It was *3-2 when Nadal drew first blood. but he was unable to serve out the final at 5-4, as a combination of nerves and Medvedev’s incredible resistance made the final all square.

But the great champion was as tough as nails, and broke straight back, before taking the final set 7-5.

An overjoyed Nadal congratulated Medvedev for pushing him all the way in a sensational Australian Open final.

“I know it’s a tough moment. Daniil, you are an amazing champion.

“I have been in this position a couple of times at this tournament. I have no doubt you will have this trophy a couple of times in your career. It has been one of the most emotional matches in my tennis career and to share the court with you is just an honour.

“I don’t know what to say. For me, it’s just amazing. Being honest, one month and a half ago I didn’t know if I would be able to be back on the tour and now I am here sharing the trophy with all of you. You don’t know how much I fought to be here. Thank you so much for all the support.

“Without a doubt, it’s one of the most emotional moments in my tennis career. The support I received through the three weeks is going to stay in my heart for the rest of my life.

“I really can’t explain the feelings that I have right now but I’m going to keep trying my best to come next year.”

.The Russian also praised Nadal for his magnificent performance in the final

ALSO READ:  Brave Raducanu Out Of the Australian Open

“If we talk about tennis, I’m not that disappointed,” “It was a huge match, for sure, and there were some small points, small details, that I could have done better if I wanted to win. But that’s tennis. That’s life. “Rafa played unreal and raised his level. I mean, two sets to love up, I wanted just to go for him, go for more.,”He was really strong, the way he played for four hours, I was even surprised.”

We now move into the clay-court season, as Nadal aims to make it back-to-back Grand-Slams at the tournament, which he has won 13 times.

Can he do what nobody apart from Rod Laver has done, by winning all four Slams in the same year?

Keep up with the latest Tennis news and gossip at World in Sport. 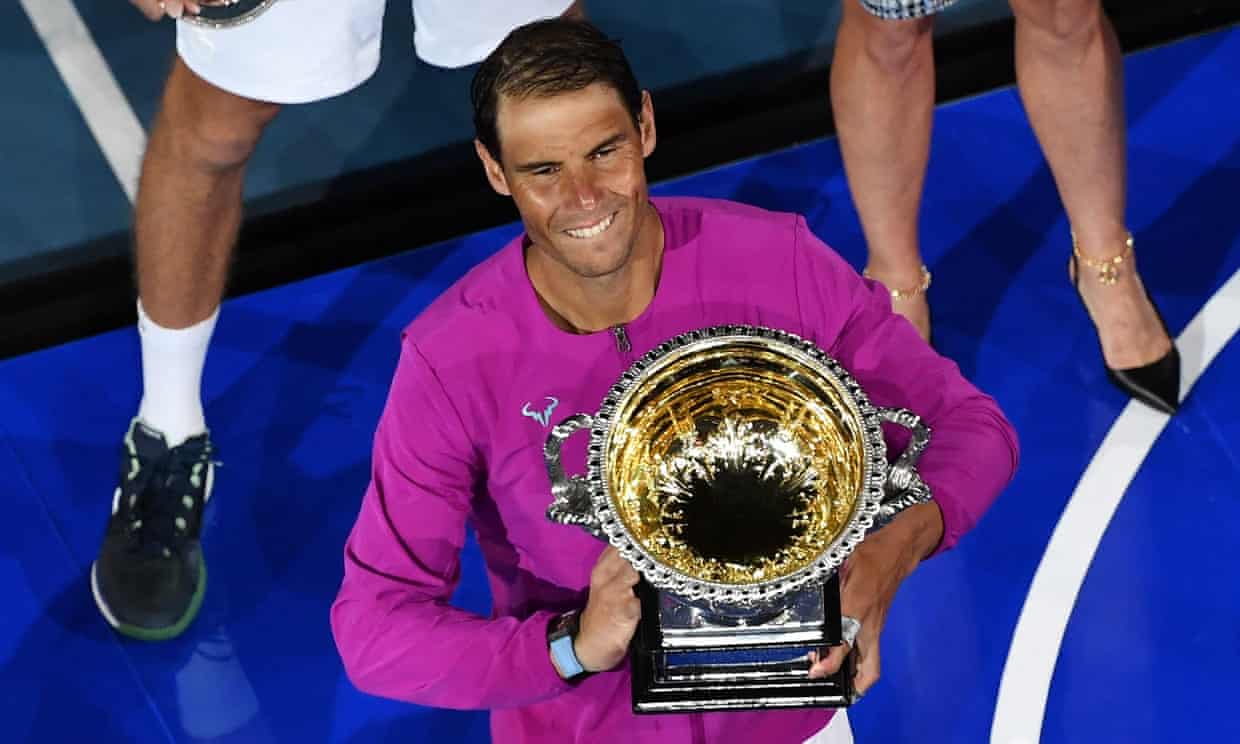