On October 23rd, 42 B.C., infamous Roman General and Senator, Marcus Junius Brutus, committed suicide after losing yet another battle. His political and tactical warfare shortcomings aside, he is most famous for being Julius Caesar’s best friend while secretly helping to orchestrate his assassination. On October 23rd, 2021, the world’s premier mixed martial arts organization will host yet another fight night from Las Vegas for the world to view. While there is little to no correlation to these events other than the shared date on the calendar, it never hurts to brush up on history and have an interesting fact to share at an underwhelming party.

This week’s rendition of UFC Fight Night features a main event starring Paulo Costa climbing into the octagon against Marvin Vettori. Without further ado, let’s get into it!

Jungle Fight is one of the premier mixed martial arts organizations in all of Brazil. As a proud Brazilian, becoming the Jungle Fight Middleweight Champion, was one of the highlights of Paulo Costa’s career. Now, a Black belt in Brazilian Jiu-Jitsu whose made the leap to the UFC, Costa is hoping to duplicate his previous success on the sport’s biggest stage. He had his shot at the title in September of last year when he lost to reigning champion Israel Adesanya. On October 23rd, he will return to the octagon for the first time since that career altering defeat. It’s a long climb back to the top, but Costa is only 30 years old and up for the challenge.

Marvin Vettori and Israel Adesanya have one of the most intense rivalries in the UFC. The two men do not just talk trash to sell tickets; they genuinely dislike each other. Vettori lost a title shot against Adesanya in June of this year. He survived all five rounds and put forth a respectable effort. He is still one of the best fighters in the middleweight division and he has publicly stated he wants to become the first Italian champion in the history of the UFC. If he wants another title shot, he’ll have to start with a win against the determined Paulo Costa on October 23rd.

Grant Dawson has not suffered a loss inside the octagon since April of 2016. Going five and a half years without losing is impressive, but Dawson’s win streak has been shrouded in controversy. Twice, he was flagged by the mixed martial arts’ committee on performance enhancing drugs as a potential violator. He even suffered a suspension while an extensive investigation was conducted. Normally, I stay away from commenting on an athlete’s life away from the sport, but PED’s affect the livelihoods of their competitors. While Dawson has never been found guilty, two investigations and a suspension do not provide good optics.

Rick Glenn has been a mediocre fighter whose dedication to the sport has been questionable at best. He did not compete at all in 2019 or 2020. In his previous appearance inside the octagon in 2021, he was able to defeat Joaquim Silva by a first round knockout. He is hoping to carry the momentum from his victory in June into his showdown with Grant Dawson on October 23rd.

Since making her UFC debut in November of 2017, Jessica-Rose Clark has a record of three wins and two losses. She hasn’t been seen inside the octagon since September of last year. She is not considered one of the elite fighter’s in the organization’s bantamweight division and her inactivity is not a recipe for success. A win on October 23rd could help get her career back on track.

Joselyne Edwards made her UFC debut in January of this year. After getting a win in her first outing, she opted for a short layoff, fighting again in February. She lost a unanimous decision to Karol Rosa that night. After having two fights in less than a month, her team made the wise decision to give her a few months to heal. If she is able to win on October 23rd, she will have accumulated two wins and one loss in her first year in the organization; not bad for a fighter whose only 26 years old with her best years ahead of her.

Alex Caceres goes by the nickname of “Bruce Leroy.” The phrase comes from the movie Last Dragon, which has become a cult classic over the years. He enters his next match on a four fight win streak. If he keeps up his winning ways, he’ll be known for more than just having one of the coolest nicknames in mixed martial arts.

The last time fans saw Seung Woo Choi inside the octagon, he was on his way to earning Performance of the Night honors for his first round knockout of Julian Erosa. He comes into this weekend’s bout on a three-fight win streak of his own. Having won a Bronze medal at the 2010 Muay Thai World Championships, Choi is one of the most skilled fighters in all of mixed martial arts. Fans never feel cheated when they are given the chance to watch him perform.

Francisco Trinaldo has a Black belt in kickboxing and a Brown belt in Brazilian Jiu-Jitsu. Although he’s been in the UFC since 2012, he has never had an opportunity to compete for a title. He has fought at both lightweight and middleweight, before recently deciding that his body is best suited to compete in the welterweight division.

Dwight Grant is 37 years old and is not currently a top ten fighter in the welterweight division. Although he has never been and will never be considered an elite competitor, he has gained the respect of his peers throughout the years. Grant had to literally fight his way in the UFC; winning the Contender Series in June of 2018 to finally break through with the organization.

Ike Villaneuva is ten years older than his next opponent, Nicolae Negumereanu. Unlike Negumereanu, who has only lost once in his career, Villaneuva has lost three of his last four fights. This match appears to be a case of young versus old, and of ascending versus descending. Most pundits don’t give Villaneuva much of a chance, but the beauty of mixed martial arts is its unpredictable nature; anything can happen when the athletes finally climb into the octagon.

UFC Fight Night: Costa vs. Vettori, can be viewed on BT Sport in the United Kingdom and on ESPN Plus in the United States. As always, we’ll have all the latest updates about the outcomes of the fights as well as in depth analysis available right here at World In Sport! 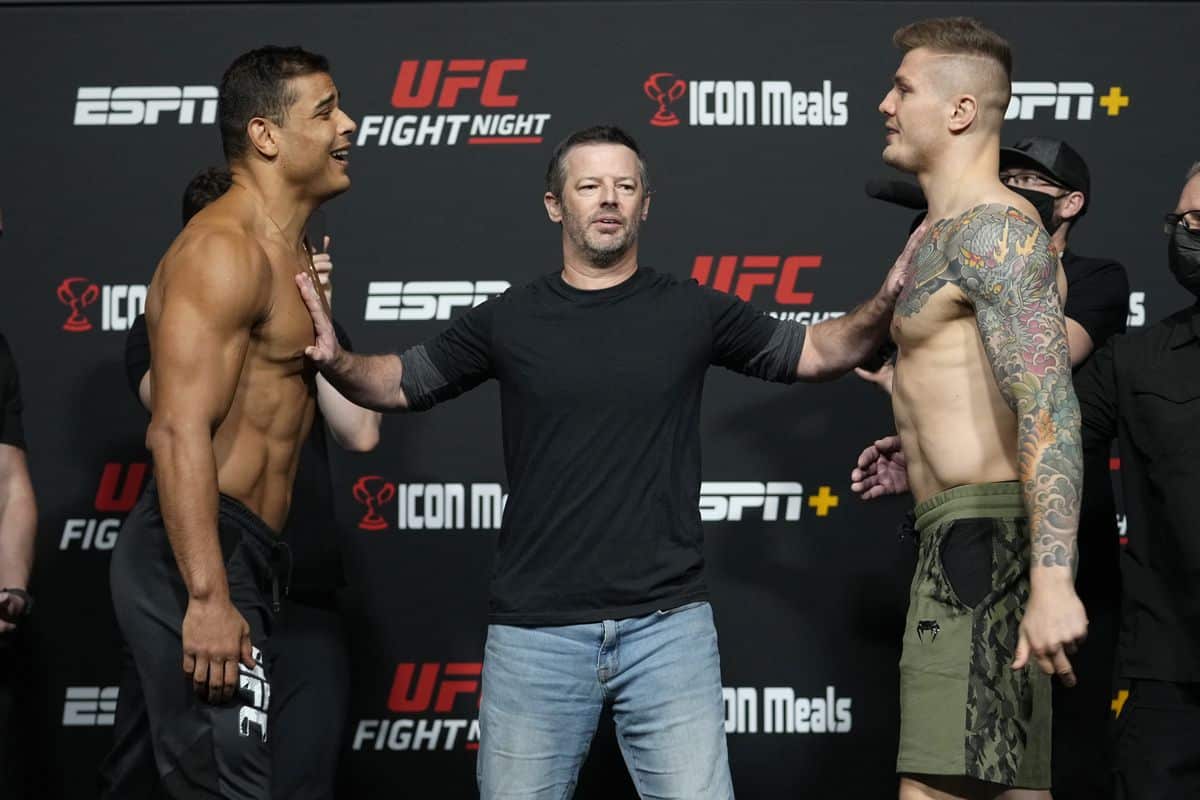