As we move past the two-month mark of no NBA basketball games to watch or report on, there was another major event that has been missed due to the COVID-19 pandemic. This week the NBA Draft Lottery would have taken place.  For now, the Lottery is on hold until the league determines whether the season will resume or will be canceled.  No announcement regarding that decision is not expected until at least June 1st.

For the uninitiated, the NBA holds a draft every year in which the teams take turns selecting amateur players from US college basketball teams and other eligible players including international players.  The league uses a lottery system for all 14 teams which did not qualify for the playoffs.

“The team with the worst record, or the team that holds the draft rights of the team with the worst record, has the best chance to obtain a higher draft pick. After the top four positions are selected (from the lottery slotting system), the remainder of the first-round draft order is in inverse order of the win-loss record for the remaining teams, or the teams who originally held the lottery rights if they were traded. The lottery does not determine the draft order in the subsequent rounds of the draft.”

When league play was suspended on March 12th, the teams with the fourteen poorest win-loss records starting with worse were the following:

In future articles, we will be examining who some of the top draft prospects who may be expected to be selected.  Also, we will conduct at least one mock draft as we try to predict what players will be heading to which teams.  But the first fun thing we will do is to simulate the lottery and see if there would be any changes in the order of selections.

In order to do this, we will be using realgm.com., an American based sports website established in 2000.  So after several times of rerunning the sim (with my eyes shut), I decided to do one more (this time looking at the screen) and these were the results:

Who would have thought that a bunch of ping pong balls bouncing in a machine could sway the future fortunes for fourteen NBA franchises, yet that is the theater created by the NBA Draft Lottery.  We can look forward to the real lottery at its appointed time whenever NBA action resumes.  Until then, we can enjoy our time dreaming and imagining what our favorite teams will do next. 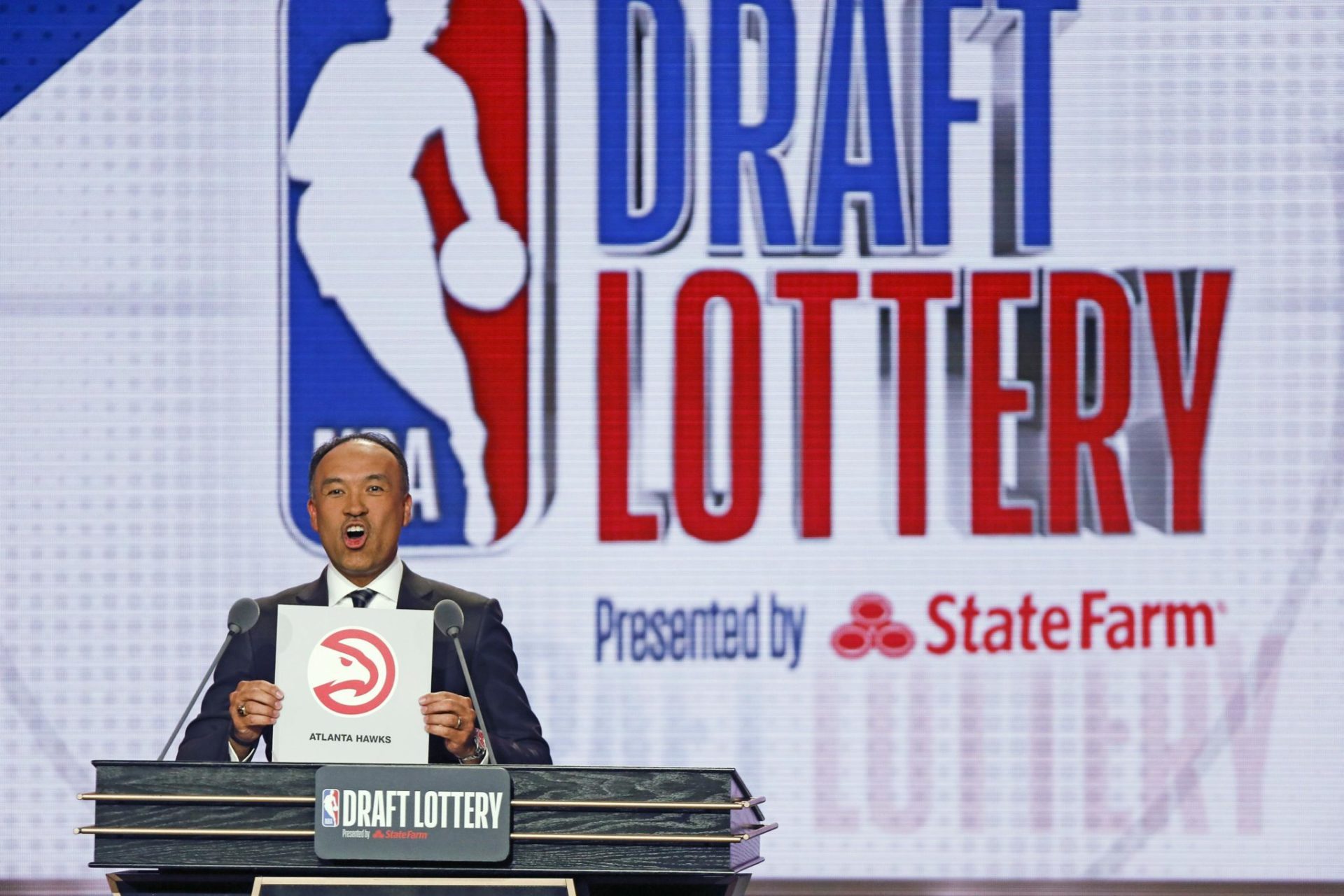