It was another exciting week in the NBA, filled with close scores, blowouts, and high-end drama. 23 games into the season and we’re already seeing how the landscape is changing as some teams are on the rise, and some are falling in between. All this, plus some controversy surrounding Friday’s Raptors-Nets game.  Without further adieu, here are some highlights in this week’s NBA Roundup.

Monday’s action saw the Los Angeles Lakers winning big over the Atlanta Hawks in a 107-99 contest, in which Anthony Davis had 25 points, LeBron James with 21 points, Montrezl Harrell with 19 points, Dennis Schroder with 16 points, and Kentavious Caldwell-Pope with 11 points. For the Hawks, Trae Young had 25 points and 16 assists, John Collins with 22 points, Clint Capela with 16 points and 13 rebounds, and Kevin Huerter with 10 points. The Charlotte Hornets pulled an overtime upset over the Miami Heat 129 to 121. Malik Monk had a big night for Charlotte, recording 36 points, followed by 24 points from Devonte’ Graham, 19 points from Gordon Hayward, and Cody Zeller with 19 points and 12 rebounds. For the Heat, Jimmy Butler had 25 points, Bam Adebayo with 23 points, Max Strus made 19 points, Duncan Robinson with 16 points, plus Tyler Herro and Kelly Olynyk with 11 points each.

The Milwaukee Bucks crushed the Portland Trail Blazers in a 134 to 106 win, with Jrue Holiday leading the way with 22 points, followed by 21 points from Bobby Portis, Giannis Antetokounmpo with 18 points, Khris Middleton with 17 points, plus Brynn Forbes and DJ Augustin with 13 points each. For the Blazers, Nassir Little had 30 points, Damian Lillard made 17 points and Enes Kanter with 10 points and 11 rebounds. Lauri Markkanen led the Chicago Bulls to a 110 to 102 win over the New York Knicks. Markkanen had 30 points, while Zach LaVine made 21 points, Coby White and Thaddeus Young with 13 points each, Daniel Gafford with 12 points, and Patrick Williams with 10 points. For the Knicks, Julius Randle had 23 points and 11 rebounds, Alec Burks with 18 points, Immanuel Quickley had 16 points and RJ Barrett with 16 points. Other notable games included the Cleveland Cavaliers winning a close game over the Minnesota Timberwolves,  Phoenix Suns snatching a victory away from the Dallas Mavericks, and the Houston Rockets blowing out the Oklahoma City Thunder.

Tuesday saw a showdown in the Sunshine State as the Toronto Raptors blew out the Orlando Magic 123 to 108. Fred VanVleet made 54 points, scoring the most points out of any Raptor in a game, followed by 23 points from Norman Powell, Kyle Lowry had 14 points, 10 rebounds, and 10 assists, and 12 points from Pascal Siakam. For the Magic, Nikola Vucevic had 21 points and 18 rebounds, Evan Fournier also with 21 points, Cole Anthony made 16 points and Dwayne Bacon with 15 points. The Brooklyn Nets won a marquee matchup against the Los Angeles Clippers in a 124 to 120 win. Kyrie Irving led the way with 39 points, followed by Kevin Durant’s 28 points, and James Harden’s 23 points, 12 rebounds, and 14 assists, plus 13 points from Jeff Green.

For the Clippers, Kawhi Leonard made 33 points, Paul George had 26 points, Nic Batum with 21 points, and Marcus Morris Sr. had 16 points. Other notable games included the Indiana Pacers winning over the Memphis Grizzlies 134 to 116, Damian Lillard and the Portland Trail Blazers prevailing over the Washington Wizards 132 to 121, Utah Jazz winning big against the Detroit Pistons 117 to 105, and the Boston Celtics overcoming the Golden State Warriors 111 to 107.

On Wednesday, the Clippers blew out the Cavs in a 121-99 win that saw Paul George lead the way with 36 points, followed by 24 points from Leonard, Serge Ibaka’s 14 points, and Ivica Zubac’s 10 points and 16 rebounds. For the Cavs, Collin Sexton had 27 points and Darius Garland had 23 points. The Heat hosted the Wizards in what looked to be a win on their home court, only for their momentum to dwindle as the Wizards held on to a 103 to 100 win. Bradley Beal had 32 points, followed by 13 points from rookie Deni Avdija and 11 points from Davis Bertans and Rui Hachimura. For the Heat, Tyler Herro had 20 points, Jimmy Butler with 19 points, and Bam Adebayo with 17 points and 11 rebounds. Other games include the Knicks winning over the Bulls 107 to 103, the Thunder getting some payback against the Rockets 104 to 87, the Sacramento Kings beating the Celtics 116 to 111, Luka Doncic propelling the Dallas Mavericks to victory against Trae Young’s Hawks 122 to 116, the Bucks win over the Pacers 130 to 110, plus the Philadelphia 76ers beat the Charlotte Hornets 118 to 111.

It was a national doubleheader on Thursday as the Golden State Warriors blazed the Dallas Mavericks in a 147 to 116 win that saw Kelly Oubre Jr. ignite for 40 points, followed by Stephen Curry’s 28 points, Andrew Wiggins’ 18 points, Damion Lee’s 17 points, 14 points from Juan Toscano-Anderson, and Draymond Green’s 11 point-15 assist performance. For the Mavs, Luka Doncic had 27 points and Kristaps Porzingis made 25 points. In a rematch from last season’s Western Conference Finals, the Los Angeles Lakers prevailed over the Denver Nuggets in a 114 to 93 win. LeBron led the way with 27 points, 10 rebounds, and 10 assists, followed by Schroder’s 21 points, Talen Horton-Tucker with 17 points, Anthony Davis and Montrezl Harrell with 13 points, plus Kyle Kuzma with 11 points. For the Nuggets, Jamal Murray had 20 points, Monte Morris had 16 points, JaMychal Green with 14 points, and Nikola Jokic with 13 points.

On Friday, the Heat and the Wizards were at it again, only this time, it would be Miami walking away with the victory. Kendrick Nunn led the way with 25 points, Bam with 21 points, Kelly Olynyk with 17 points, and Jimmy Butler with 14 points. For the Wizards, Alex Len exploded in the fourth quarter with 18 points, followed by 13 points from Russell Westbrook, and 12 points from Hachimura. The Raptors and the Nets faced off in a wild contest that saw the Raps beat the Nets 123 to 117, but it was a tweet from Durant that expressed his disdain over being pulled twice from the game due to COVID protocol. Other games included the New Orleans Pelicans winning a close one against the Pacers, the Bucks beating the Cavs 123 to 105, the Suns winning over the Detroit Pistons 109 to 92, and the Celtics defeating the Clippers 119 to 115.
And that was a recap of all that went down during this week in the NBA. There will be more notable games to be covered as the season progresses. 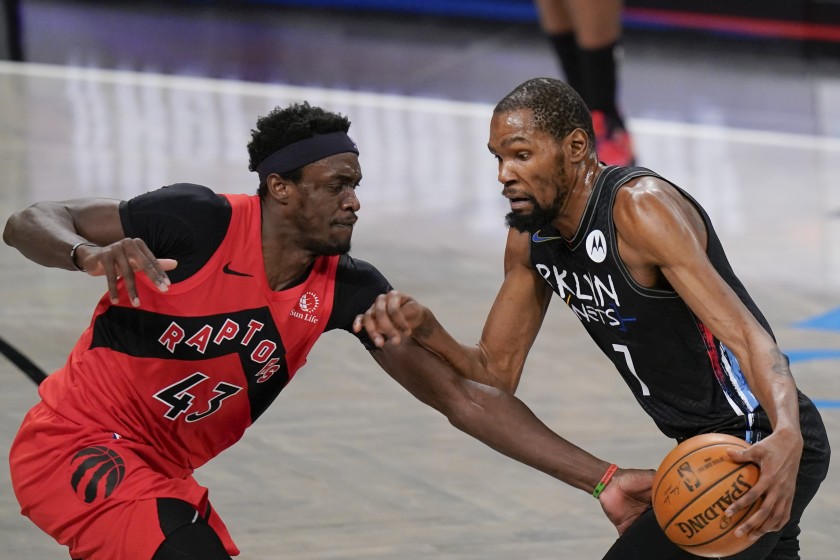