What a game! Saturday night, the Milwaukee Bucks won an important game against the Phoenix Suns to take a significant advantage in the NBA title race (119-123). After the first two games, the Bucks were down 2-0 in the series, however, they completely turned the series around by winning 3 consecutive games. The “Greek Freak” and his teammates are now one win away from the championship.

To accomplish that type of performance the two other members of the Milwaukee Bucks Big 3 had to step up … and they did! After the first two games, the Bucks were dominated by the Suns because Giannis Antetokounmpo wasn’t getting enough support from Khris Middleton and Jrue Holiday. Although, from Game 3 Jrue Holiday and Middleton stepped up both offensively and defensively as Holiday took CP3 in charge and the Point God has lost his usual control over the game since.

In-Game 5 the Big 3 combined for 88 points ( Giannis: 32 points, 9 rebounds and 6 assists; Middleton: 29 points & 7 rebounds; Holiday: 27 points & 13 assists) and made history as they became the fifth trio in NBA history to each score 25 points on 50% shooting in a single game. They are also the first trio since James Worthy, Kareem Abdul-Jabbar and Magic Johnson to do so.

After Game 5, Giannis reflected on the mentality of his team in the press conference:

“I have been a part of different teams. Usually, when you’re down 15 or 16… You kind of stop competing. But I feel like this team, we don’t do that. We haven’t done this all year long. We keep competing, as I said in the last press conference, we didn’t know we will gonna win this game. We compete until the last minute but until that we don’t stop. We keep coming and this team does that so well even if we are down 0-2… We Keep competing.”

For Phoenix this is a tough loss, they started this Game 5 formidably as they led by 16 at the end of the first quarter. However, they couldn’t resist to the intensity put in by the Bucks. Devin Booker once again in those NBA Finals that he is incredible as he scored 40 points and literally carried his team on his shoulders. Unfortunately, he lost the last possession of the game as he had the opportunity to win the game.

After a brilliant start in those NBA Finals, Chris Paul seems to be running out of gas. The Point God lost a lot of possession in the last 3 games of the Finals which is very unusual for CP3. The Milwaukee Bucks defense made by Jrue Holiday seems to be really problematic for CP3. At 36 Chris Paul is maybe saying goodbye to his unique chance to an NBA title in his career.

” We knew this wasn’t gonna be easy. We didn’t expect it to be, I mean it’s hard. The coach said it all year long, now everything we want is on the other side of hard and it’s not gonna be harder than this. We gotta re-group, learn from this game but it’s over we gotta be ready for Game 6.”

At least one thing is sure, CP3 can count on his friend LeBron James to support him:

“I’m proud as hell for CP, I’m here for CP. He came to my first Finals appearance and this is me giving back to him, man. We are supporting each other.

Will the Suns be able to force a Game 7 in the NBA Finals 2021 and have a chance to win the first title in the franchise history. Or will the Bucks close the series at home and win the NBA title after 50 years. 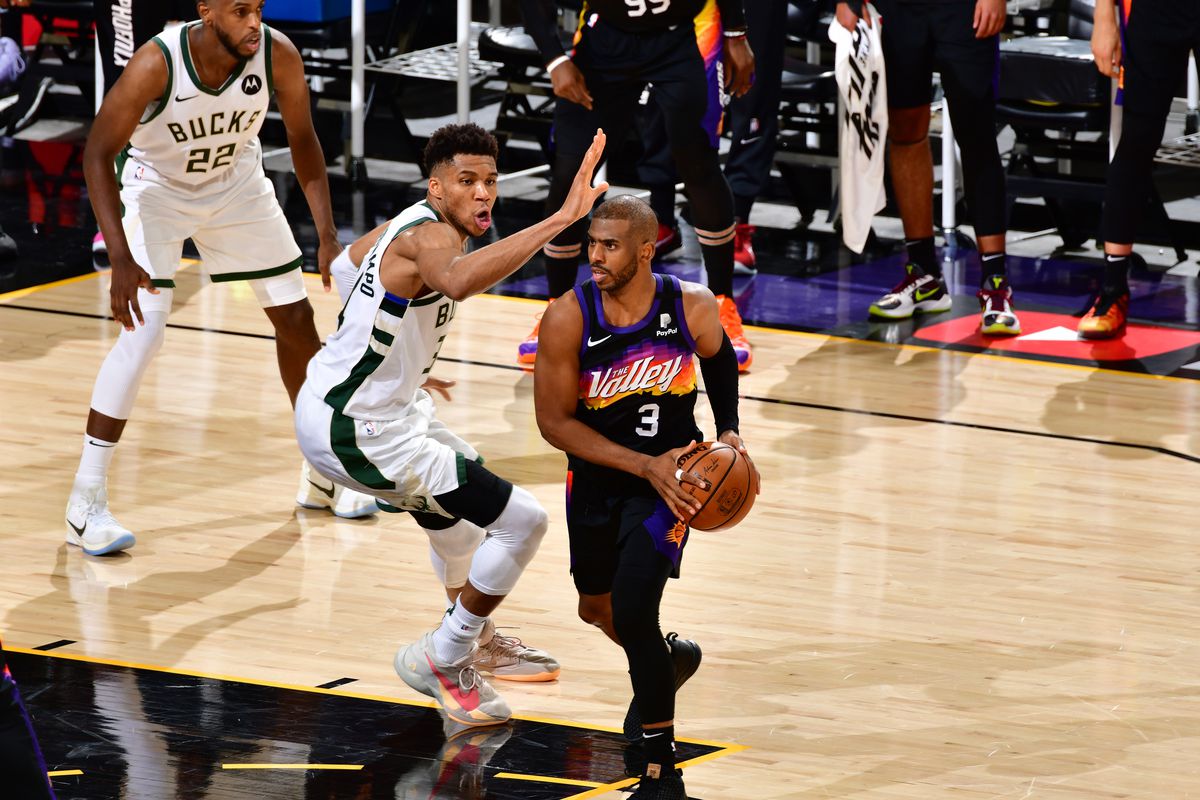