There seemed to be no stopping Joe Root. The English skipper’s marathon 218 (536 mins, 377 balls) on a track that isn’t exactly a batting beauty against India in the first Test in Chennai on Saturday has tilted the balance heavily in favour of the visitors.

The England captain has time and again insisted that a big first-innings total is crucial in this series. Staying true to his words, he didn’t show any inclination to declare despite his team reaching 555/8 at stumps on Day II. Quite clearly, England will use the heavy roller first thing in the morning and bat for a while and then try to make most of the pitch that should start to play a few tricks from Sunday.

England skipper Joe Root completes double century While Root made many remember the late Australian Dean Jones’ famous double ton in the tied India-Australia Test 34 years ago at Chepauk, there was another player who was equally crucial to England’s domination on Day 2.

Ben Stokes, in the first session, showed why he is comfortably the best all-rounder in the world at the moment. He wasn’t there in Sri Lanka for the two Tests and had only three days of practice on Chennai turners, but that hardly made a difference during his two-and-a-half-hour knock of 82. Facing up to Jasprit Bumrah and Ravichandran Ashwin at the beginning, Stokes gave himself a few balls to get his eye in and then got down to business.

The first six that he hit off Ashwin, nonchalantly over long-on, set the tempo for what was to come. Just like Root, he swept vigorously to throw the spinners off their lengths. His use of the feet was exemplary and the shots over the top bore the mark of class.

He ultimately fell trying to play an attacking shot missing a deserving century. Stokes was so dominating that Root played the second fiddle during their 124-run partnership.

But once Stokes was dismissed, Root took over and his six over long-on off Ashwin brought up his fifth double century, a milestone that he will cherish.

India skipper Virat Kohli was left searching for options as the two back-up spinners — Shahbaz Nadeem and Washington Sundar — were a little below-par. Not only could the Indian bowlers provide the breakthrough, but bowled only 22 maidens which meant they could not exert enough pressure on the batsmen too.

Towards the end of the day, there were a few bright spots for India. Ashwin bowled a beautiful straighter one to catch Ollie Pope plumb in front and Ishant Sharma came up with a superb spell of the reverse swing where he got two wickets of Jos Butler and Jofra Archer in consecutive deliveries in the third session of play to reach 299 Test scalps.

But England is seeing positives and indicated that they will push for a win. “No thoughts of what so ever of declaration. We can bat for another hour tomorrow. We did not look to survive out there but we also looked to be positive the way we scored,” Stokes said in a virtual press conference after the conclusion of day’s play.

Stokes feels that the wicket will deteriorate from here and it will not be an easy task to bowl out the hosts in both innings. “A lot of hard work will be required from the bowlers,” he stressed.

“Generally, wickets do not get any better out here in India especially when the heat plays. It gonna get dryer, it is gonna break-up and it is gonna deteriorate. Just because we have gone out there and scored some big first-innings runs does not give us the right to bowl them out twice like we hope to do. We know we still got a lot of hard work to do as a bowling unit. It is tough to take 20 wickets,” Stokes said. 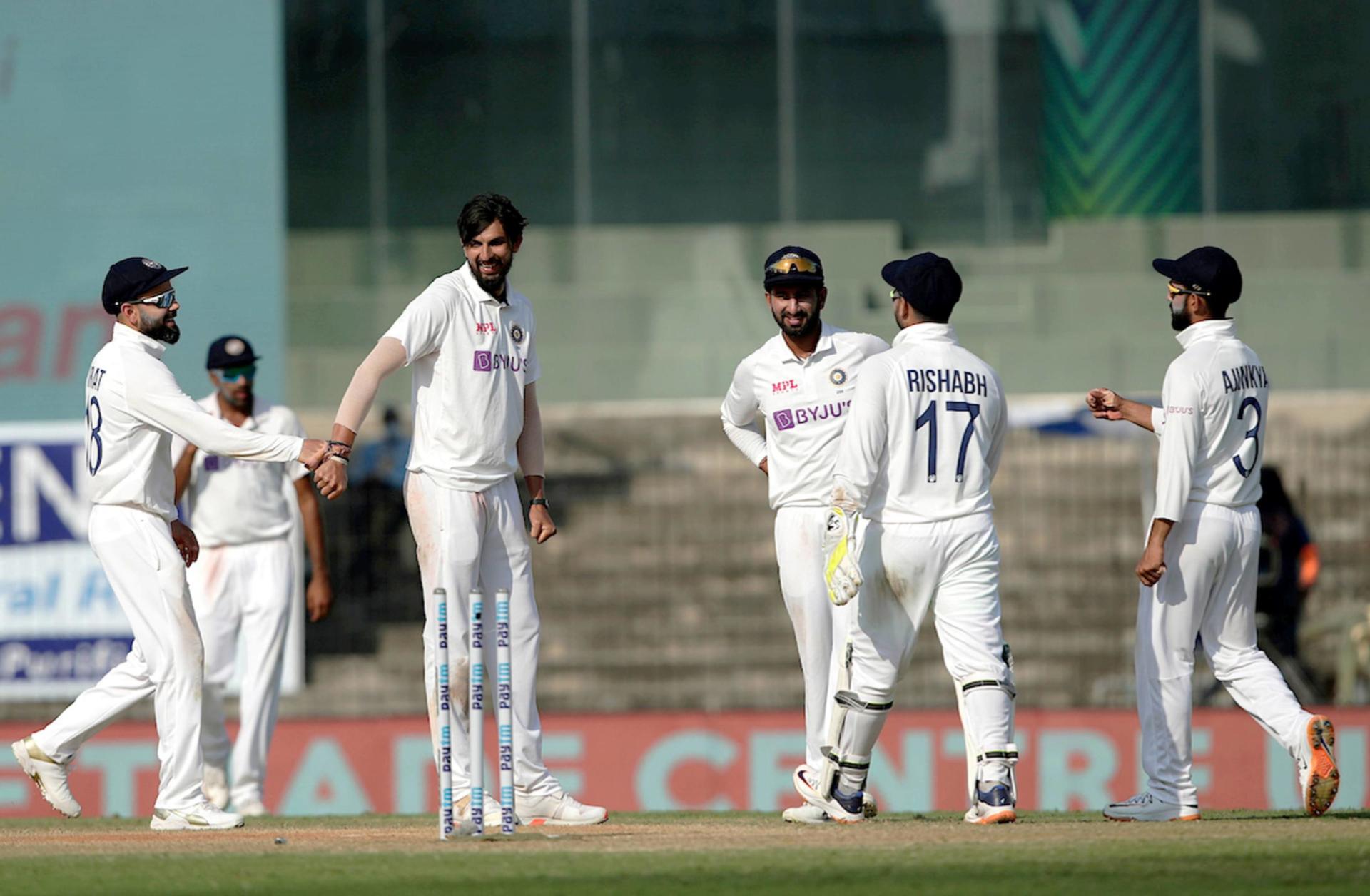