Netflix’s Break Point is the entry point for the new wave of tennis fans as the seniors stagger out of town. Anyone who has watched the first bunch of episodes will know the effect on its subjects in Melbourne has been like the curse of Strictly Come Dancing on relationships. All the guys and gals featured so far have been knocked out in week one. Or before play even began in the case of Nick Kyrgios. You hang your marketing hat on the entertainer and he only turns up for the lousy exhibition. Gee.

This soft reset of the game is fighting against the grain to replace the ‘old’ with the new (or the not-so-mature). Except that the seniors are a damn sight more captivating to watch. Roger Federer crying is the content we need. With all due respect to those fallen- let’s call them ‘the Netflix 10’ -how much do we miss them when they aren’t there? Not a great deal.  Give me zimmer frame time with a 35-year-old metal hip. That’s exciting!

Murray Still Swinging Above the B-Listers

A week is a long time in tennis. Andy Murray will not tell you that he was the Australian Open in the first week but, eh, he was. It’s just not possible what the Scot achieved at 0400 hours against  Netflix victim Thanasi Kokkinakis (and Matteo Berrettini beforehand). That’s why we watch sport. There’s a very big chance that matches will be functionally won and lost. See Djoker v De Minaur. Real sport, real competition demands sheer heart and soul against all odds. Murray still provides true grit when deep in the proverbial pit. The rising twentysomethings are not colourless but they aren’t on the A-list just yet.

Jannik Sinner and Stefanos Tsitsipas was a glimpse into the future of what a Grand Slam five-setter final might look like. Likewise, Holger Rune and Andrey Rublev was quite a “rollercoaster” as the Russian said. But were we entranced? Were we heavily invested in these newish kids on the block? Not quite. Meanwhile, Ons Jabeur cried as if she had lost another biggie and ‘maverick” Daniil Medvedev was rolled over in three sets by Seb Korda, “the worst athlete in his family” and a rising star that hasn’t quite pushed on. While retirement rumours swirled around an incapacitated Rafa Nadal, we remind ourselves that the Spaniard was in agony at Wimbledon and still beat Taylor Fritz, another would-be American hope that needs to alight. As Jimmy Connors once said: “People don’t seem to understand that it’s a damn war out there.”

The time has come for the newbies and those in their prime rather to take over from the final years of Empire. The Australian Open’s fireworks have come from a man who was told that he would never play professional sport again six years ago. It’s great but it’s unsustainable. There’s a new audience waiting to be captured. Djokovic looks like he could win the whole thing on one leg. Hamstrung or not, there has to be a twist somewhere to make this interesting.

As Melbourne enters a second week, it may be a tenth coronation for the Serb but there’s a need for another story soon. Host broadcaster, the Nine Network certainly suffered without the stardust names of home favourite Ash Barty, and fellow recently retired grandees Serena Williams and Roger Federer. Coverage recorded an average metropolitan audience of 357,000, almost 300,000 down on the opening night of the Barty Melbourne party in 2022.

Tennis needs some new recruits that get clicks. It needs heroes that entice, not only on a documentary, but on the court itself. The substance, the character, the drama, the subplot, the controversies demand a rewrite as memories of Fedal start to fade. Let’s hope that the weekend offers more than a glimpse of a new symbiotic beginning. No offence, Novak. 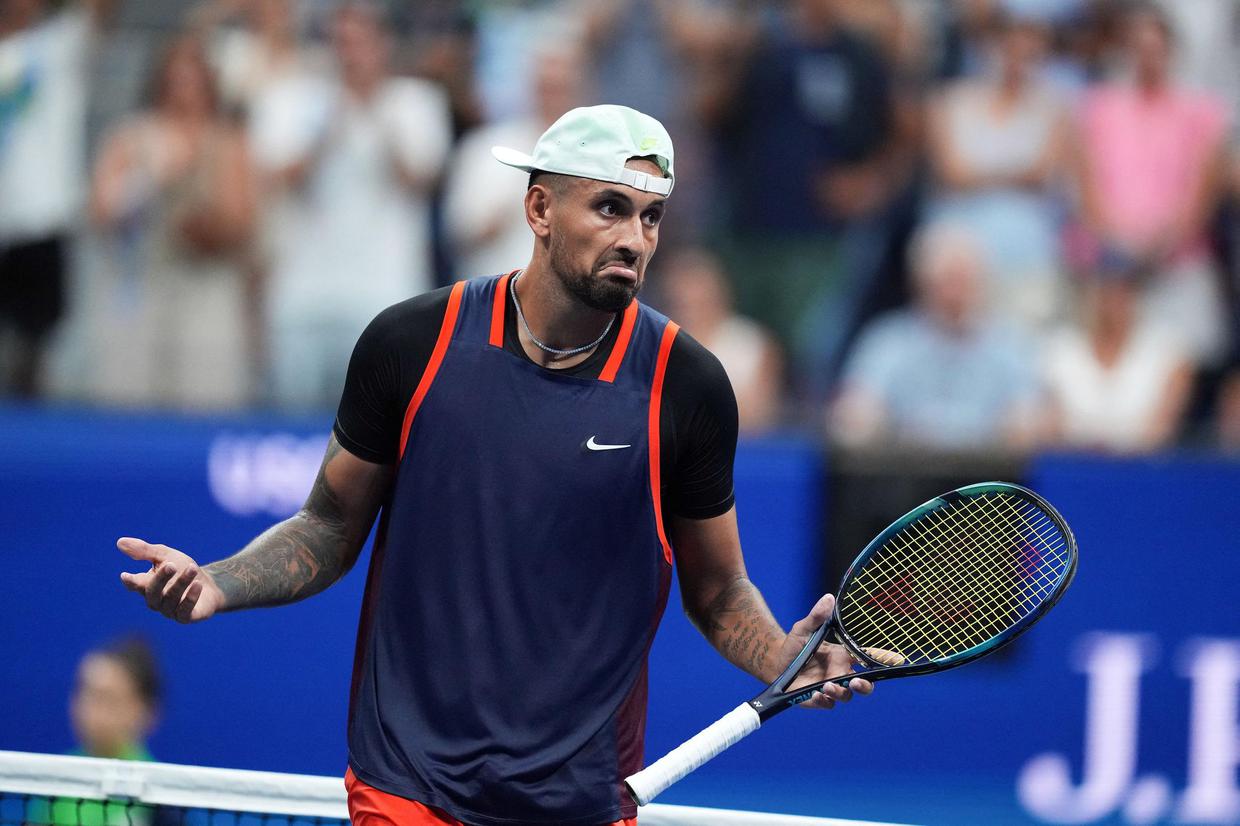