The frenzy of the NFL’s key off-season portions has come to a close and NFL rosters 2021 are largely in place. Coaching and front office  changes have long since been settled, Free Agency concluded in a somewhat Cap Space muted thud and the Draft played out with its traditional mixture of “chalk” pics and head-scratching curveballs.

How do NFL rosters stack up during this calm in the storm? Like a boxing weigh-in it’s a good time to take a look at the State of the Rosters around the league. Starting with the Wide Receiver rooms: depth charts, Cap hits and Rookie potential scale. 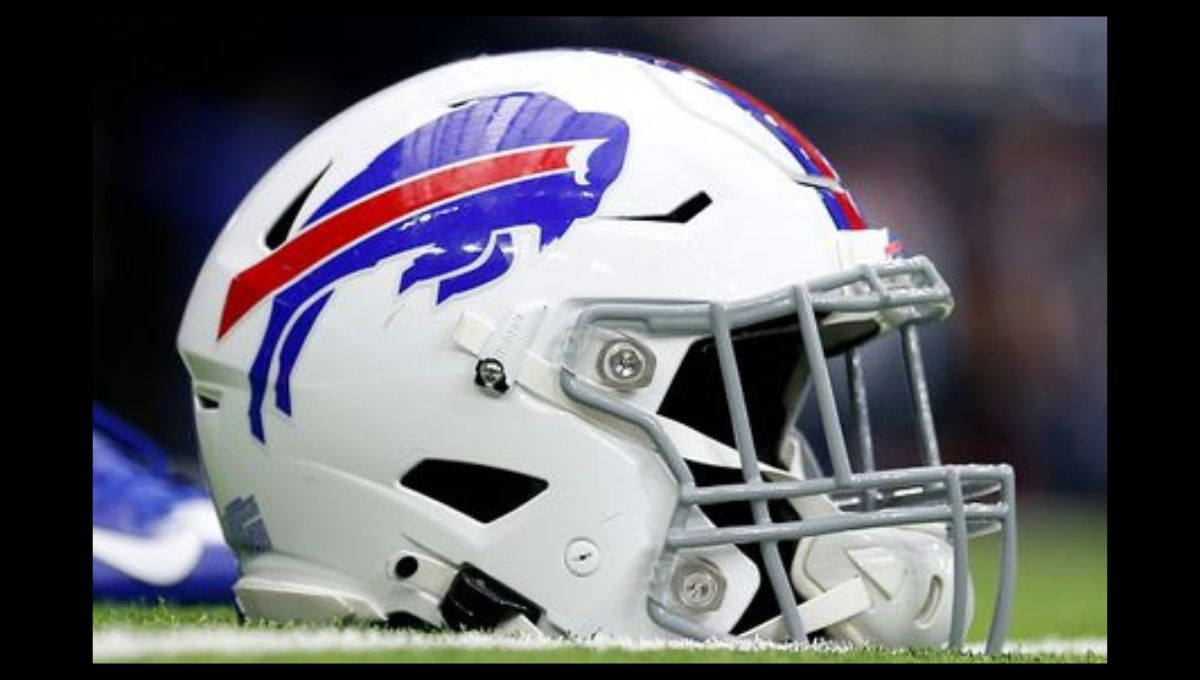 It’s not big NFL news that Buffalo became – clearly – the second-best team in the AFC last year. A committed, blue-collar, pass-happy points machine and loaded roster. This is in no small way due to the aggressive trade for Stefon Diggs during the 2020 Draft. It will take a full analysis to decipher if Diggs made Josh Allen the complete QB threat he leapt into last year, or did Allen just come of age? Either way Diggs is clearly the King of this position group for the Bills, the AFC East and certainly a top 5 receiver league-wide. Harbouring niggling injuries the Allen/Diggs partnership is going to be a premier pairing that grey’s the hairs of many a CB and FS this year.

Cole Beasley is “Mr Reliable” from the slot and as tough as they come. Somewhat a talisman of the Buffalo ethos he’s as good a Slot as the AFC East has. Second year rookie Gabe Davis had a solid rookie season with near 800 offensive snaps, 35 catches, 599 yards, 7 TDs and 17.1 Y/R. He will be pushed and complimented by the veteran presence of Sanders who was added this off season.

Finally, let’s not sleep on Stevenson, picked in the 6th round of this year’s Draft. Despite some injury set backs during his time at Houston this young man packs a lot if talent into his – sub 4.4 40 – frame. He will compete immediately on special teams but don’t be surprised if he gets meaningful WR reps early and benefits from Allen’s cannon as he takes the top of defenses.

Miami’s receiving room is an Aladdin’s Cave of potential, shackled by enormous expense! DeVante Parker has been the Dolphins #1 over the last 2 years after a very rocky (and injury plagued) start to his career. He has all the tools and experience to continue to be a clutch receiver on this roster with solid numbers, but realistically Miami will be hoping he slips to a number 2 (possibly 3).

This depends heavily upon Fuller and (Rookie) Waddle hitting their stride early, if they do Miami could be fielding one of the most electric receiving corps in the league. Both were secured by Grier’s wheelin’ and dealin’ during the off season to provide QB Tua with natural speed and separation down field. This should see Miami’s offensive working the full field, both horizontally and vertically instead of being suffocated in traffic.

Grant, Hurns and Wilson all face a tough battle through camp as their combined Cap is 12.6 million dollars in a vastly over priced room. Their direct competition comes from Bowden (poised for a breakout), a wildcat specialist with natural YAC ability. Waddle a return specialist, Foster with surprising speed and the popular and coach favourite Perry.

The onus is on WRs coach Josh Grizzard and his team to push this camp battle to its limits. There are tough choices to be made but the final roster of 6/7 players should be a mouth-watering mix of receiver talent.

Bill Belichick pulled no punches this off-season while unleashing his spare NFL cap space on many position groups. It’s widely known that the Brady divorce was largely down to a lack of play making talent in the N.E offense and the need for retooling became even more pressing after a poor 7-9 Patriots season.

Harry hasn’t hit his stride since being drafted in the first round 2 years ago. A Sun Devils standout with over 3000 yds and 25 TDs, Harry has only caught 45 of 81 passes for less than 500 yards and 4 TDs in two season under McDaniels. Belichick brought in Agholor and Bourne for immediate impact. Agholor – another former first round pick – is coming off a career year with the Raiders of 896 yards, 8 TDs and an 18.7 Y/R. With 4.4 speed and 6 years of NFL production behind him it remains to be seen if he can break the ceiling he’s set himself in a yet to be defined “new look” Patriots offense. Based on playing styles it seems his season will be made or broken by the signal caller, Jones being more likely to feed him opportunities than Newton.

Bourne is also coming of a career year with the – run heavy – 49ers, 667 yards off 49 catches and 2 touchdowns. He could be a very solid pair of hands out of the slot with impressive separation ability. Next Gen stats have him at 2.8 yds of separation per route. A definite improvement over last year’s receivers in New England. He is also a sturdy blocker making a very physical addition to McDaniel’s ability to get back to 12 personnel packages. N.E ran the fewest 12 packages last year and their aggressive pursuit of Tight Ends suggests a return to this in 2021 (more on that in our TE overview coming soon). 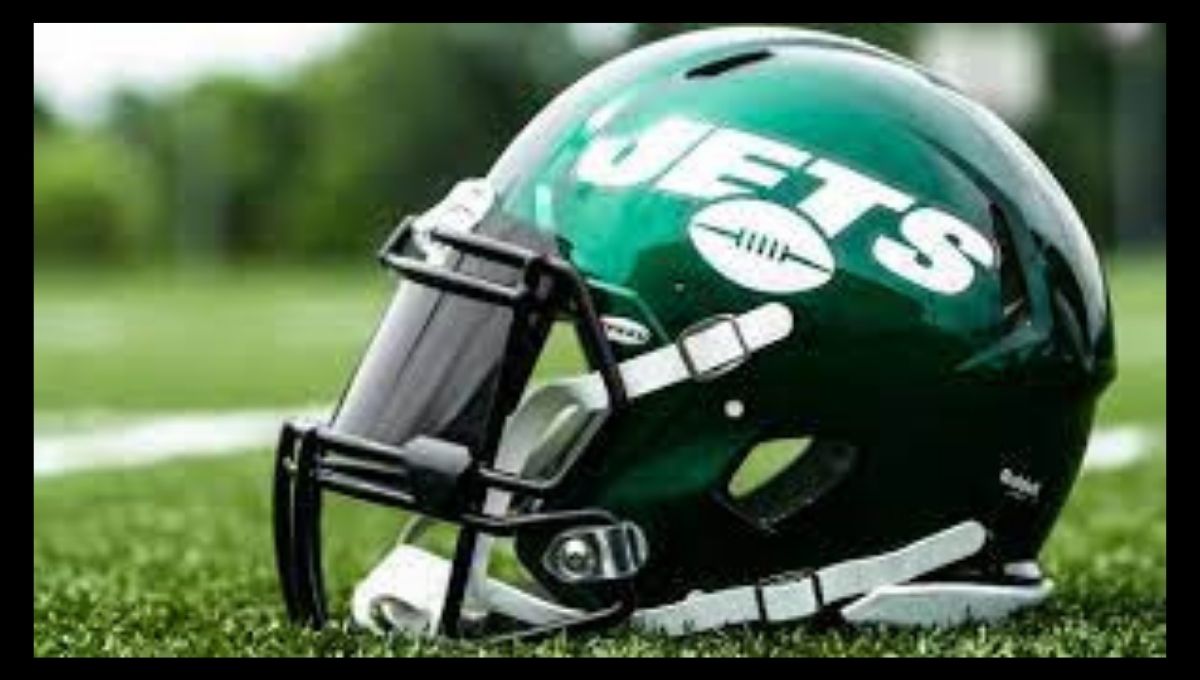 Gang Green are bleeding fresh blood in 2021. Joe Douglas is at the helm and he has a “type” and system when it comes to team building. Saleh and LeFleur (the younger) suggest a 49ers-esque, motion heavy run game and there are rookies in key positions. This means predicting WR output is a complete lottery!

Wilson, being a rookie QB, is going to be looking to find his “go-to” guys asap. Life moves fast in the NFL and nothing generates friendship faster between a receiver and his QB than a couple of 280 pound, avaricious defensive linemen. Presumably, this is Douglas’s thinking behind bringing in the reliable, big, possession receiver Davis. Coming off a solid year (of 4) with Tennessee: 984 yds, 5 TDs and a 15.1 Y/R. Davis should be Wilson’s first “out” when under pressure. Crowder also provides some veteran reliability in the mix.

The future sparkles when it comes to receivers 3 and 4, both drafted by Douglas in 2020 and ’21 respectively. Mims, who is 6ft 3 and runs a sub 4.4 exploded at Baylor with 3,000 yards and 28 TDs. His rookie year shouldn’t be harshly judged, the ending of the Gase era was a painful watch for fans and must have been even worse to endure for many of the high caliber players on the roster.

Mims has a very high ceiling and there’s no reason to believe LaFleur will procrastinate in tapping it. Equally, Moore is a firework waiting to be lit. With 2,500 yards and 16 TDs for the ‘Rebels and 4.35 speed, due diligence with his route running and a decent share of snaps should see a solid rookie campaign.

Going into training camp, Buffalo posses the greatest single receiving threat (possibly in the league) with Diggs and remain the team the rest of the division seeks to shut down. One can only point to depth as a possible weakness as injuries inevitably start to make their mark on the – now 18 week – season. Equally, don’t be surprised if Brandon Beane makes more moves between now and the transfer window.

No true football fan will write off a retooled Belichick receiver room (and offense), though the success of New England’s offense probably lies elsewhere. Miami has a buffet of potential and arguably the best depth in the receiver room when you take into consideration receiver types as well as talent. NY have a solid to exciting group of 4, with much of the rest of the room still to be reshuffled in the new regime. A lot can happen during the summer camp battles, but it’s safe to say there will be fireworks in the East this fall. 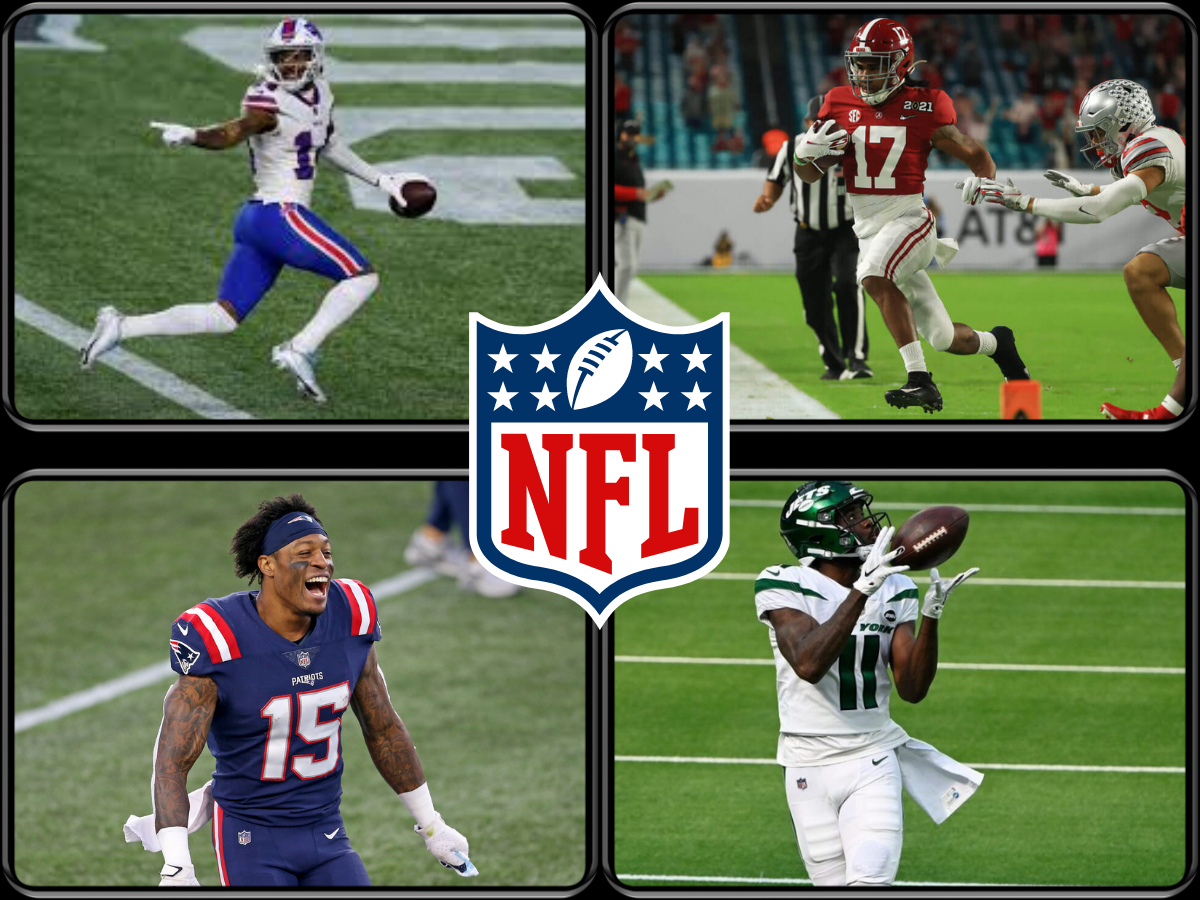